How to make a Manzanilla….

It’s strange in our world of super clean kitchens and records of every kind of temperature to visit a place where moulds, yeasts and general damp are actively encouraged. We’re just come back from one of our foodie visits to Seville and Sanlucar de Barrameda exploring Spanish food, tapas and sherry production with our friends at Michael Sutton’s Cellar – I know, I know, but someone’s got to do it! 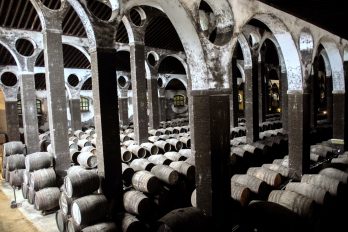 How to make a Manzanilla….- get down and dirty

The sherry bodega on the Atlantic coast we visited didn’t so much produce sherry as look after the flor (the yeasts, the bugs, the growths) which in their turn produced exquisite sherry. 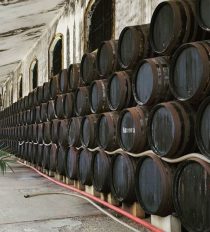 How to make a Manzanilla….wait a while

Not that the place was dirty or messy but the walls of the bodega were black with damp and growths and the barrels covered in green lichen while the thick layer of protective yeast inside the barrels was looked after with extreme care. Starting off with a regular dry white wine, the skills of the workers, the history of the business and these yeasts and bacteria turn the wine into delicious thirst quenching super dry white sherry, the manzanilla, perfect for the hottest Spanish day. 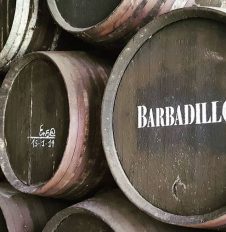 How to make a Manzanilla….find a nice place on the coast

The Atlantic also plays a part in the flavouring, with the sherries closest to the sea airs developing more of a saltiness than those further away and at the land-side of the bodega. The barrels are stacked three high in the sherry cathedral, the light is kept out and the sea air is encouraged in through the windows at the top of the tall pillared building and then time is left to do its work. It’s a question of patience, waiting for the yeasts to work their magic, not being too clean so that they will happily grow and trusting that it will all happen in the gloom as it has for the last few hundred years. 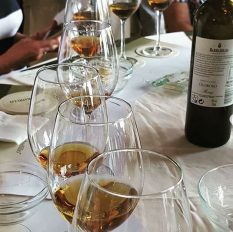 Definitely one of those processes when you have to wonder who first discovered the transformative effect of a few yeasts and kept them happy so they could keep reproducing the prized manzanilla sherries. Along with who first made choux pastry or ate an oyster, you have to wonder how they found out what to do.

How to make a Manzanilla….to recap

In basic terms what happens to make some manzanilla is –

A manzanilla is basically a fino sherry made in Sanlucar de Barrameda – the salty air and the influence of the sea creates a manzanilla and they can only be made here whereas finos can be made in any of the 3 towns making up the sherry triangle of Jerez, Sanlucar and El Puerto de Santa Maria. So far so complex and that’s without the whole process of making oloroso and amontillado sherries. A bottle of sherry, whatever the type, is generally never going to be more expensive than a good bottle of wine and when you take into consideration the manufacture and the knowledge involved, as well as the length of time it takes to make, it’s really a great bargain.

Our foodie group were completely bowled over by our visit to the Barbadillo bodega with the sherry lovers confirmed in their enjoyment and the sherry “haters” turned into more sherry lovers especially when a little later they enjoyed the icy cold manzanilla with some local seafood at one of the restaurants on the shore, sitting under the Spanish sun with the Atlantic breezes that were so crucial for the manzanilla itself.

How to make a Manzanilla….throw some in your cooking too

We also love sherry in cooking especially in this clam dish with an extra hit of Spanish flavours with some cubed jamon and a little smoked paprika. Salud! 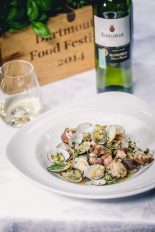 How to make a Manzanilla….come and find out with us

We’re heading back to Sanlucar and Seville at the end of March 2020 so if you’d like to come, do let us know – we’re already getting bookings!! 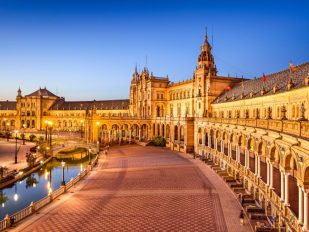