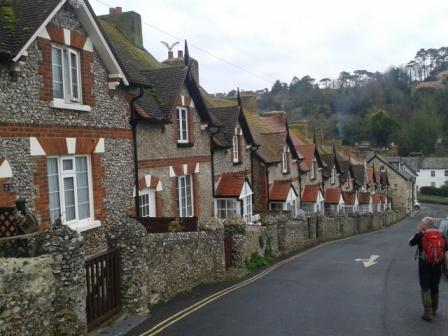 The guest walkers are coming thick and fast now and today I was joined by Charley Horton, a friend from Kingswear, as well as my brother Greg for a walk through the coast of Hardy’s Wessex.

We thought today’s walk would start with some strenuous climbing and we weren’t disappointed. After 45 minutes we were down to shirt sleeves, perspiring freely and our breathing sounded like the winners enclosure after the Derby.  So it would be for much of the day as we climbed hill after hill after hill en route from Sidmouth to Burton Bradstock.  By day’s end we’d climbed nearly 5000 feet and were looking forward enviously to tomorrow’s walk which has a total ascent of little more than 2000 feet. I’ve now climbed 105,000 feet with a mere 10,000 left.

By the time we reached Branscombe Beach we were ready for a well earned rest and the anchor of the wrecked ‘Napoli’ provided a nice seat. 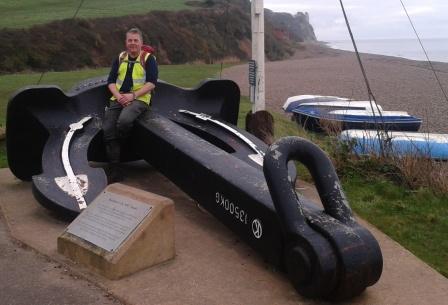 This 14 ton seat is going nowhere.

We saw our first signs of chalk today with plenty more to come.  However, most of the day we were walking on breccia.  Breccia is made from piled up rubble containing sand, pebbles, gravel and rocks.  What it doesn’t have is anything much to bind it together so it has the breaking strain of wet paper. This leads to many collapses and frequent closures and rerouting of the path and so it was today when we had to make several detours.  Hopefully the chalk will be a lot more stable. 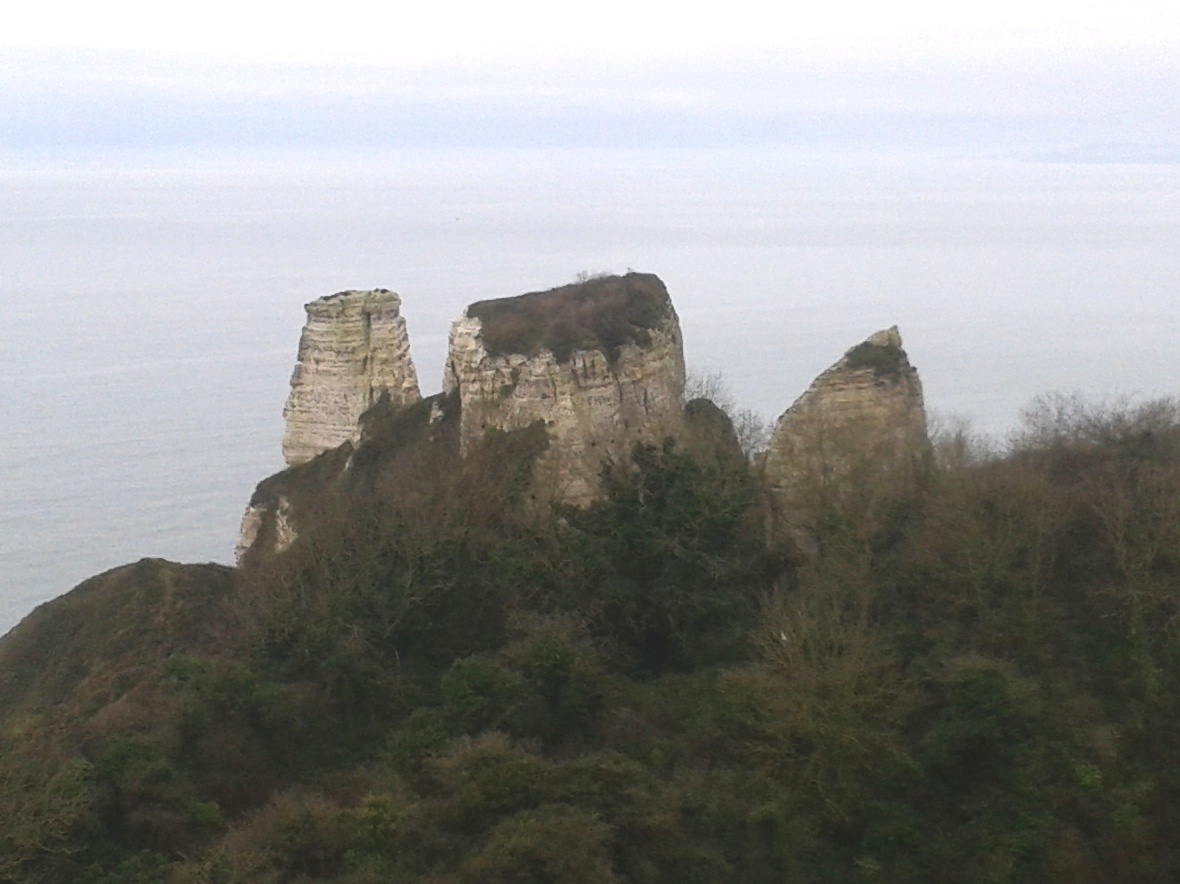 The weather forecast predicted a dry, warm day and this was very true of the morning. However, during the afternoon the weather turned damp and cold. This rather spoilt the view and the lovely outline of Portland getting ever closer which we’d enjoyed in the morning quickly disappeared. By late afternoon it was typical British seaside weather … 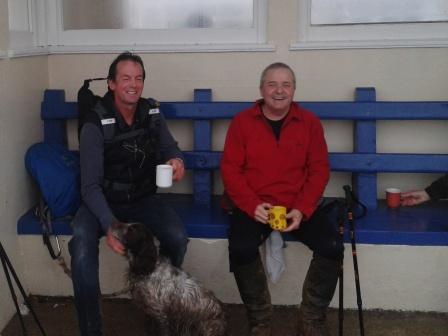 Charley and Greg enjoy a cuppa in West Bay

Rex of course was unconcerned and enjoyed the mud for much of the day and the sand on the beach later on. 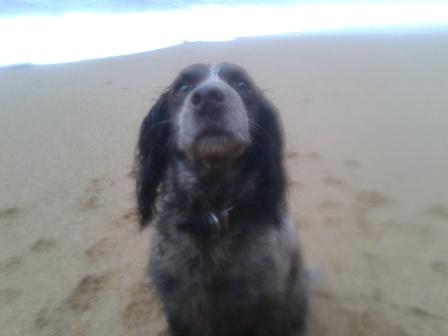 I am now further East than I started in Minehead.