SWCP Day 9 – Reasons to be Cheerful

Last night we had another evening in Watergate Bay, one of our favourite beaches in the South West. As a bit of a treat we had supper at the Beach Hut with old friends Renate and Ian and had an excellent feast from the new menu – huge thanks to Will, Laura and the Beach Hut team for looking after us so well  – great food, great service.

No Christmas eve lie-in though and another 5am start beckoned so early(ish) to bed in the camper van – you can see how compact and bijou it is especially when Poppy decides to take up most of the bed. 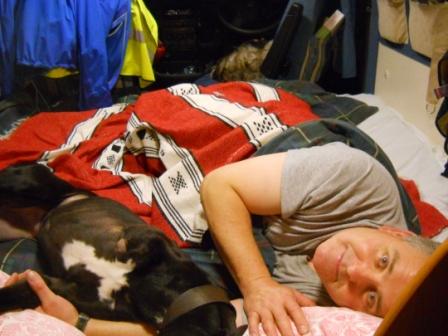 6:45 and I’m out of the van at Perranporth. It had rained all night, was still raining and rained continuously for the next four hours. Not the greatest start to the day but I started to hum a little bit of Kylie and some Ian Dury to myself and started to think of reasons for not letting the persistant drizzle get to me …… 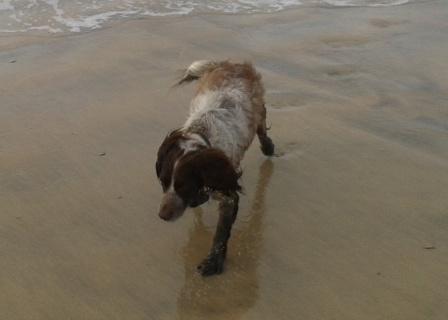 Rex having fun on the beach

Today’s walk was fairly straightforward. No massive climbing, good paths and no major obstacles. This allowed us to make really good time and we covered 24.6 miles by 4 o’clock. Time to head off for some traditional christmas eve pasta (and red wine) 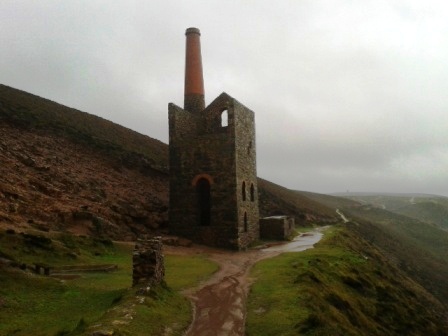 Merry Christmas everyone and huge thanks for your support and good wishes.

p.s. If you haven’t already noticed there’s a donations page at www.justgiving.com/swcp25x25. I’m delighted to see that we now have over £3000 of donations there as well as gift aid and some offline cash.