So you know how I mentioned before that I’m from Kansas?  Yea, well, in case you’re not totally sure where that is (which most people living in the US don’t really know either), it’s right smack dab in the middle.  Lebanon, Kansas, is the geographical center of the contiguous United States (meaning everything except Alaska and Hawaii), and I grew up in a small city about 3 hours from there, and in Kansas, a 3 hour drive is doable for a day trip.

This is all to say that I didn’t eat much seafood growing up.  Getting good fresh fish in the very center of the US is not easy, and in my early years I was too picky an eater to touch anything that came from the sea anyway.  In general, of course, most of America is landlocked, and I think that is reflected in our cultural eating, shopping, and cooking habits.  Fish is something foreign to us, the mystical realm of professional chefs but certainly not of the home cook.  My mom would cook salmon from time to time, and I grew to like that, but my seafood education didn’t come until much later in my life.

Thank goodness I sat in on Holly’s fish class yesterday, where she debunked all of those myths for me.  I would never have dreamed when I was younger that I would later live in a place in which the fishmonger drives over to the house directly from the fish market, drops off a box of seafood caught the day before, and that’s what you cook for the day.  In Holly’s fish class, that’s exactly what happens.

At the beginning of class, Mark Lobb dropped off our fish box, filled with mackerel, sea bream, gurnard, plaice, John Dory, and squid.  Holly went over each fish with us, showing us what to look for when shopping for fish,  how to tell what’s really fresh, and how to find the best value.  She also described the basic categories of fish, which is helpful to understand when you’re trying to adapt recipes to what’s in season!  We then spent the morning learning techniques of gutting, filleting, scaling, and skinning fish, which was mucky and wonderful in that most essential way that cooking should be. 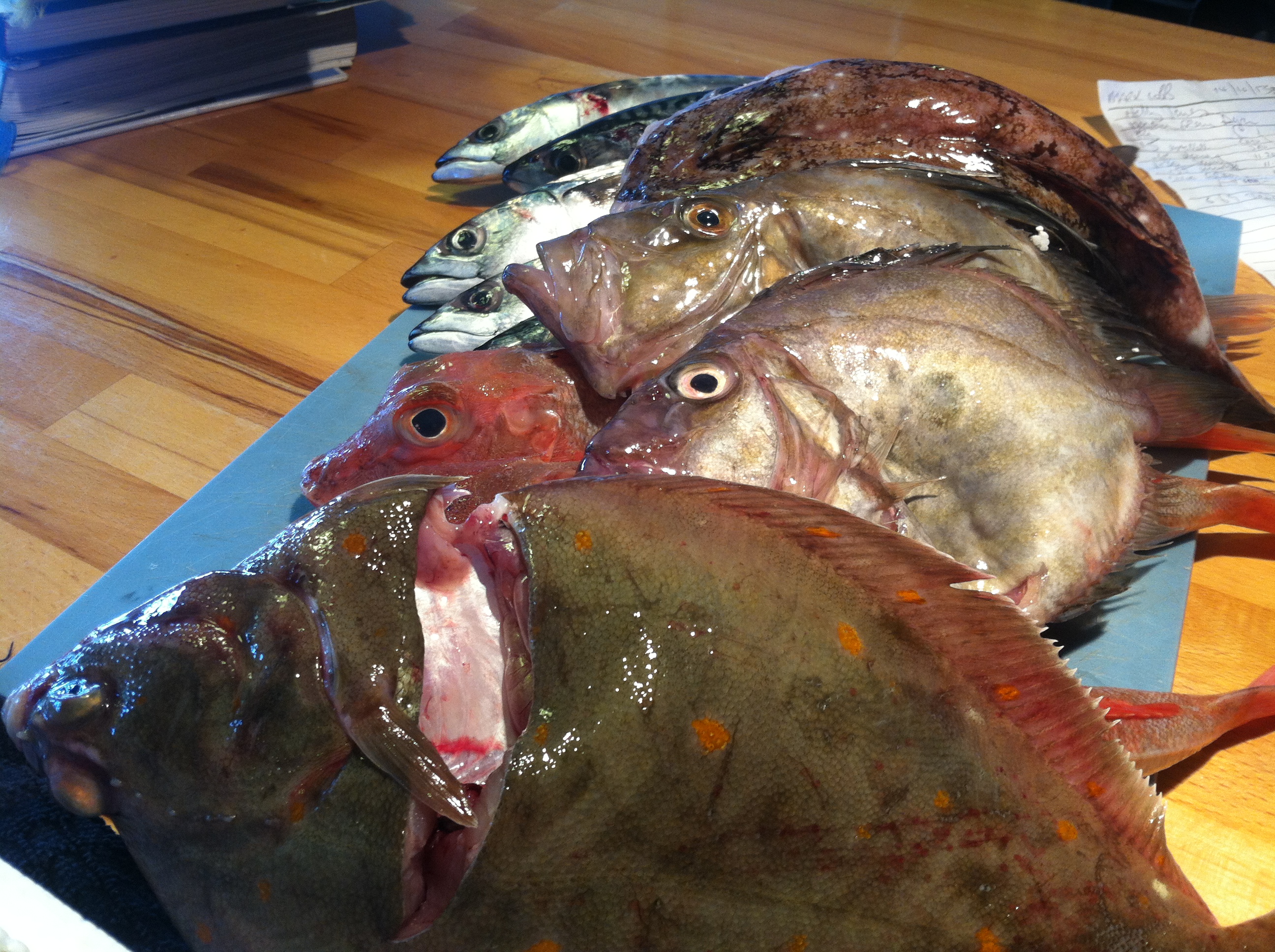 Some of the fish, fresh out of the box.

We spent the rest of the day cooking.  Holly showed us a variety of different preparation methods that can be adapted in countless ways to suit the season, the occasion, and the type of fish available at a good price.  It was a revelation for me to see how easy, fast, and satisfying a basic fish dish can be.  Unlike many protein sources, which can take a bit of time to cook properly, fish is often best cooked at high heat for a very short time, making it  an incredibly quick way to have a nutritious meal.  In just a few hours, I felt like my skills in the kitchen had grown leaps and bounds, and I’m excited to get to the fish market and over to the kitchen to test out some of my newfound knowledge! 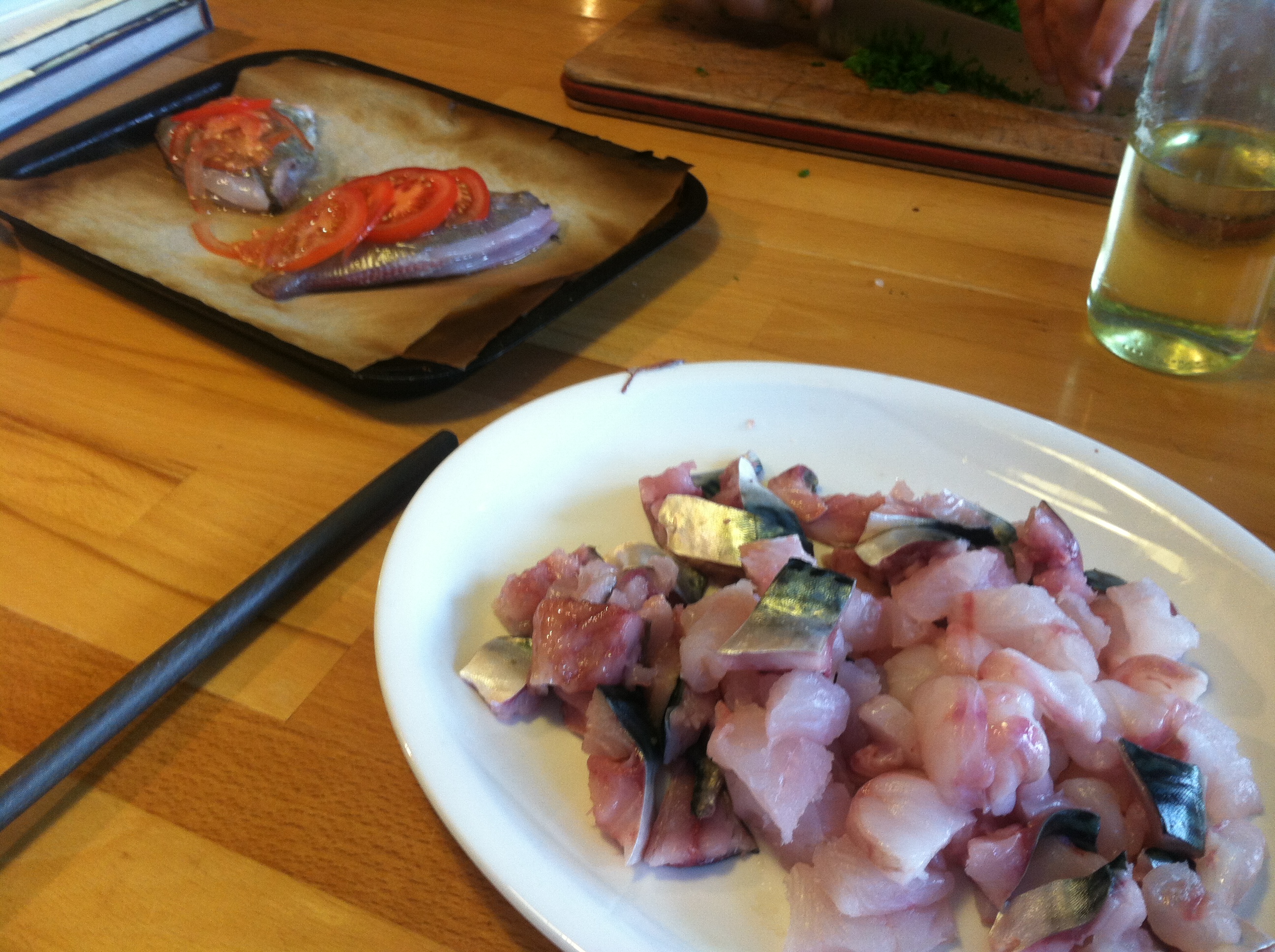 A variety of fish chopped up for our stew, with some baked John Dory fillets in the background. 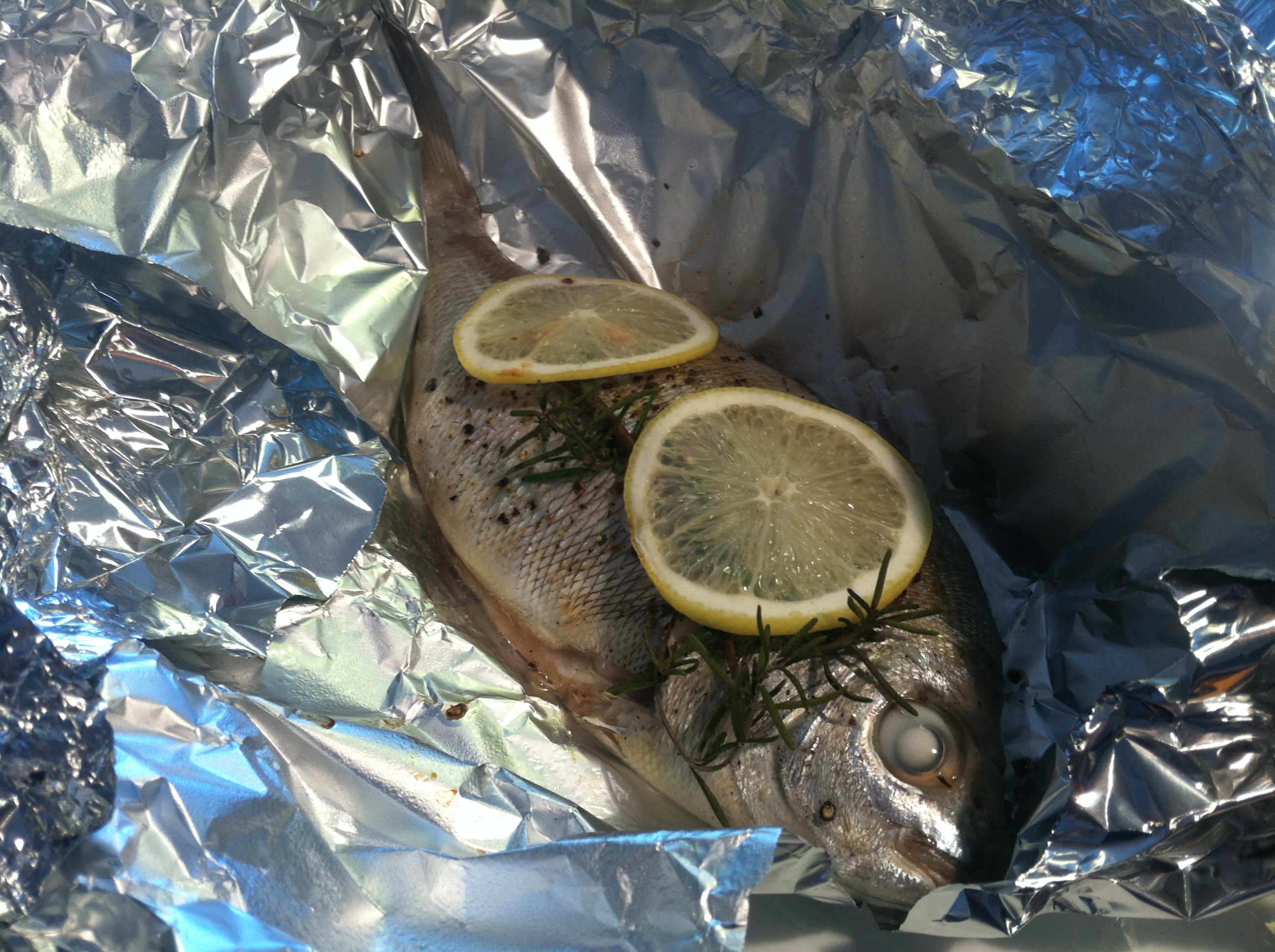 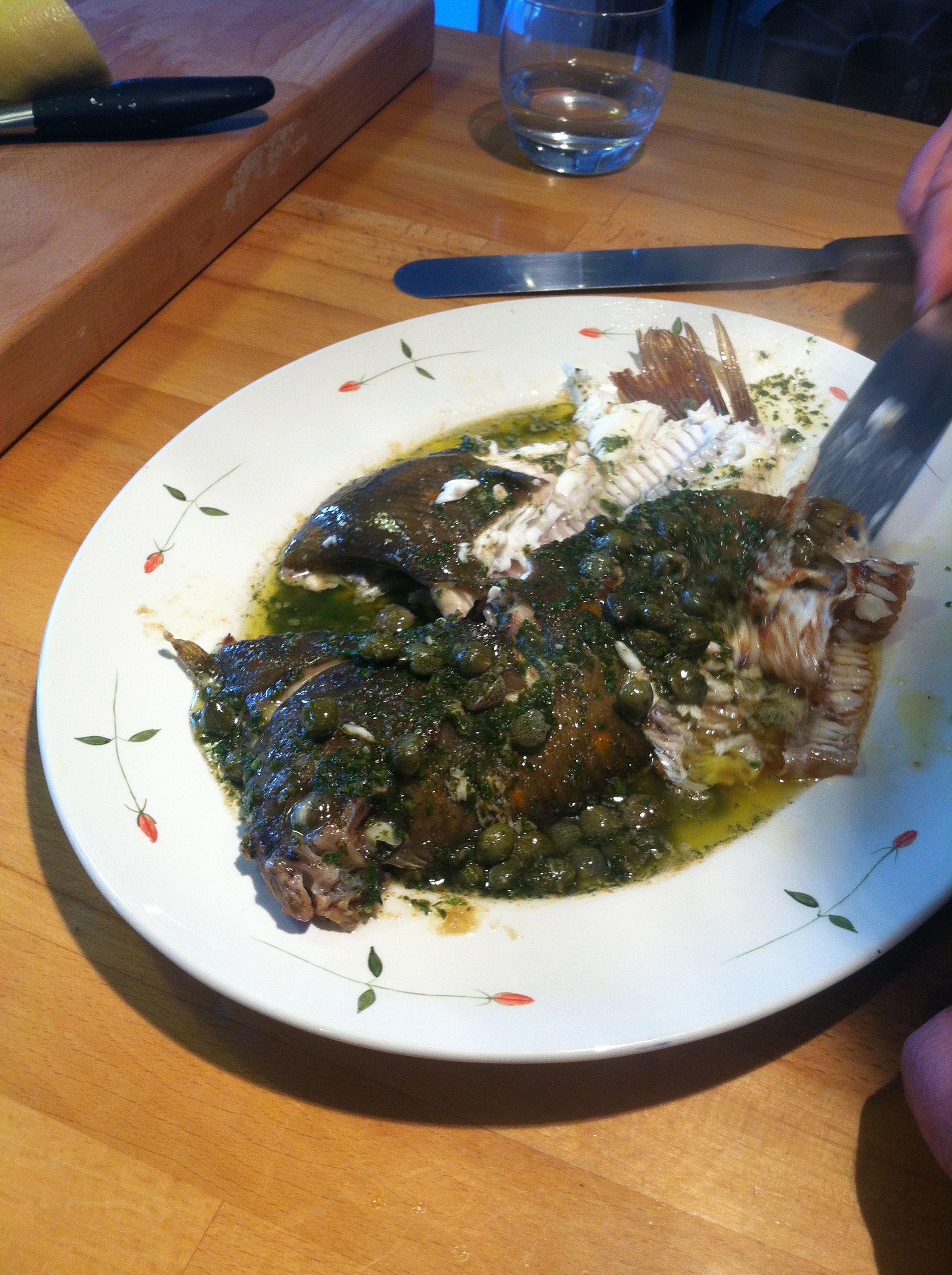 Plaice a la meuniere, i.e. poached in butter. Served with a parsley and caper sauce.