The View from Poppy’s Couch

Hi everyone, Poppy here!  Charlotte has been asking me to write this blog post for weeks but I’ve been too busy sunning myself in the window to bother.  But today she just looks so tired from food festival weekend that I decided it would really be the generous thing to do to help her out this one time.  She has been really nice to me after all, even though she often steals my window seat during the best late afternoon sun and I usually can’t understand what she’s saying because her accent is so weird. 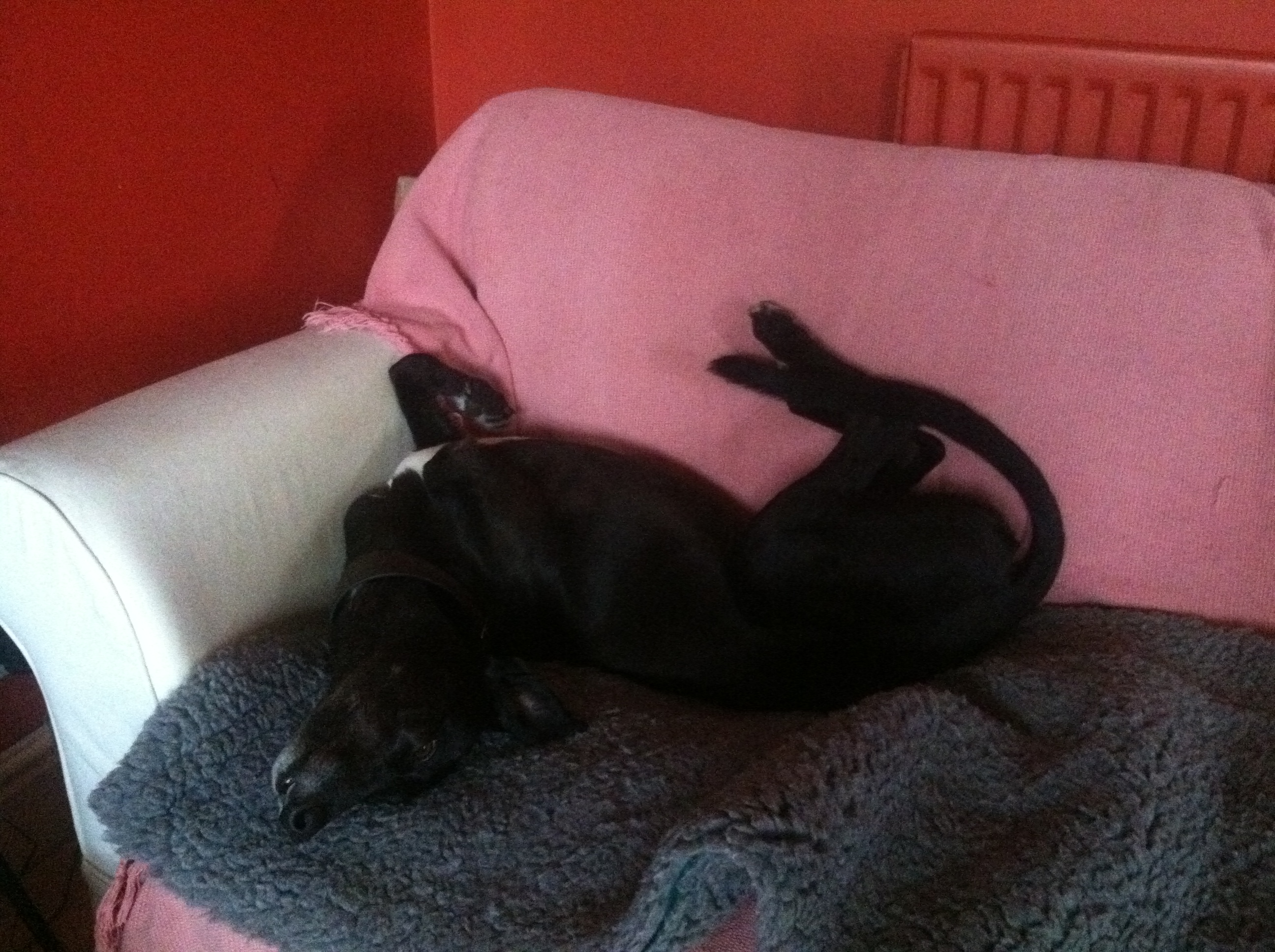 It feels good to be back on my couch (I’ve never heard that word before Charlotte came here, but I like how it sounds) after a long weekend on vacation.  I really like mine and Rex’s annual stay at dog camp while David and Holly are busy with the food festival, but it’s always nice to come home after a few days away.  The house looks a lot different than when I left…Charlotte’s desk used to be covered with scraps of paper with lots of lines of writing on them, but today I saw her clearing everything off and putting it in the bin underneath.  All of the coffee cups are gone, and that big stack of books that always looked like it was going to fall over on her computer is gone too.  Now it actually looks sort of neat and tidy and it’s all a bit strange, really.

Holly, David, and Charlotte keep talking about how much fun the festival weekend was, but I think this week is going to be even better because I heard them saying we have lots of cooking classes going on and that means there will be lots of leftovers for me and Rex to eat at tea time.  I also noticed that they have a lot of food that they brought home from the festival which means that we get to have our own doggie food festival some time soon.  I heard David say something about leftover gravadlax from his Kingswear Landladies brunch and I got really excited but I think they finished it all off at dinner tonight.  How selfish of them.  Maybe there will at least be a little bit of steak or some nice cured meats.  I try to watch my figure but I’m just helpless to resist a lovely piece of salami.

The best part about the cooking classes this week is that they will all be family classes which means that there will be a lot of kids coming in that can hopefully play with me a little bit before they go downstairs to the kitchen.  Maybe we can even go outside into the garden and they can toss the stick that David brought back from Dartmouth for me to fetch.  I don’t think Rex and I were supposed to play with it because I heard them all saying that it was “evidence” but I don’t really know what that means so I’m sure it’s ok that we dug a hole to bury it in just outside past the wood-fired ovens.  It wasn’t a very deep hole because it was a really small stick, so I guess if David needs it back for something, we can just dig it up again.

I keep hearing that the festival was really successful, but no one has given me any details besides that yet.  I guess they were still too busy today cleaning up all of the different areas of the festival and putting everything away at the house to sit down and give me a real rundown of what happened, but I’ll be expecting one by tomorrow at the latest.  What’s a girl got to do to get a little bit of gossip around here?!

Well, I’m off to bed for tonight.  I can’t wait to be back on my couch tomorrow, where the smells of bread coming upstairs from the kitchen will definitely wake me up from my nap.  I just hope there are enough extra pieces for Charlotte to sneak me a few bites of everything!  She really owes me after I agreed to write this blog post for her.  Good night everyone!