Often the simplest things are the most satisfying and these fully loaded potato skins really hit the spot – crispy potato skin shells, filled with creamy mashed potato filling with herbs, onions and cheese; then topped with Cheddar and baked in the oven until golden brown and crispy on the outside. Topped off with sour cream and snipped fresh chives and with a hit of spice in the bottom of the skins with a taste of nduja – happy days!

Do check out the video of how David cooks them in the woodfired oven on our youtube channel here and the recipe is below. Do let us know how you get on; we love to hear from you. 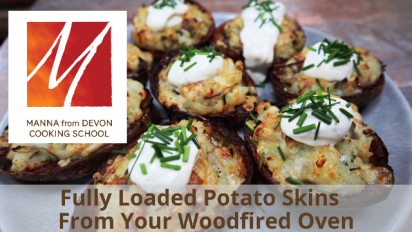 Heat deflector is very useful to keep the oven tidy and prevent sidescorch from the embers. 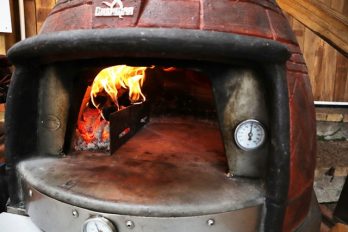 Oven ready with a good bed of embers and medium fire

Cut the baked potatoes in half lengthways and carefully scoop out the cooked flesh, leaving a shell with about 1/2cm skin on each one. 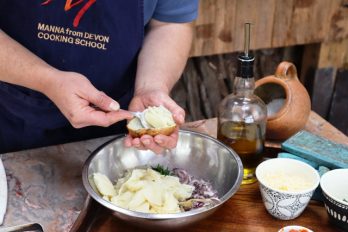 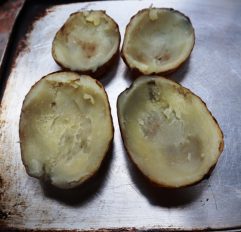 Shells scooped and ready to fill