If you asked me to describe a perfect day on the coast path it would definitely include all of the following; good company, secluded beaches, rocky headlands, picturesque villages, friendly beach cafés, dry weather, firm paths, fine views and a dog by my side. As I sit down to write about today’s walk there is no doubt that it came pretty much as close to perfect as you could ever hope a day on the coast path could be.

Joined from the start by SWCP25x25 regular Kit Noble and later by Hayley Reynolds the company and chatter were great and the support very welcome. 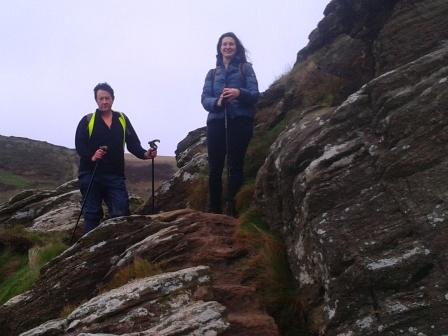 The coastline between Bolt Head and Bolt Tail and again between East Portlemouth and Prawle Point are second to none. Easily some of the most dramatic and most scenic on the entire path so far and I’d go so far as to describe then as world class walks. 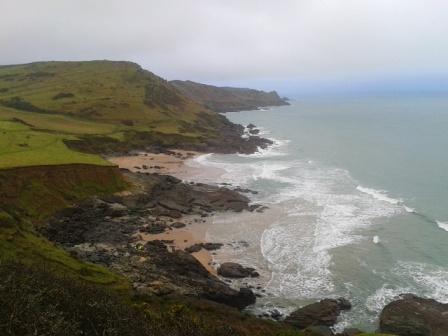 The Beachhouse at South Milton provided a wondeful stop for coffee and a chelsea bun, especially when Kit and our welcoming hostess Rose realised they knew each other through mutual friends. 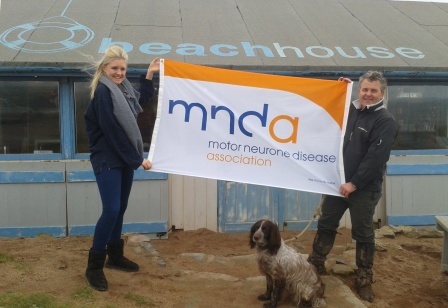 David and Rose Perry at the Beachhouse, South Milton

On a second rain free day the path had dried out a lot, making the going mush easier and of course Rex was never far away as he explored every possible inch of the surrounding countryside. 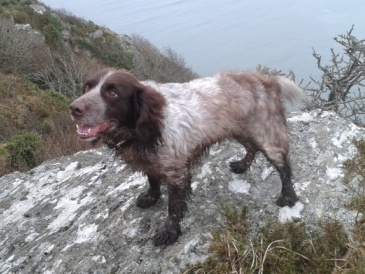 Rex of the Rocks claims hs own bit of the path 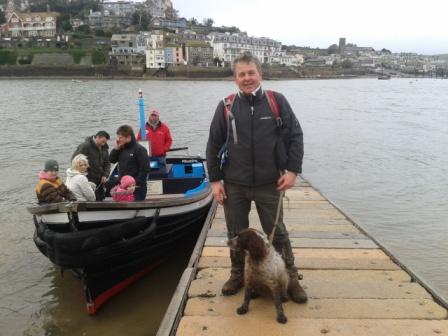 The Ferry from Salcombe to East Portlemouth

At days end we said hello to the NCI Watchekeepers at Prawle Point and received some very useful information about landslips on tomorrows walk; an unexpected bonus and icing on the already magnificent cake.

Hopefully there will be more days like this yet … I’ll let you you know.