Having really enjoyed the wood fired Sicilian pizza (Sfincione) we made a few weeks ago (do check that out here), this time we’ve gone off piste a little with no anchovies (whaaaaatt!!) and a wholemeal dough base. Really delicious as proved by the fact there was barely any left. Here’s what we did – it takes a little time but let’s face it, we currently have plenty of that!

We made the dough over a few hours. It would be easy to make the dough in the morning and leave it all day for the evening. The addition of a roux may sound strange but it makes for a lighter, softer dough. This technique is particularly good for doughs with a lot of wholemeal flour as we mentioned in our Tangzhong blog. 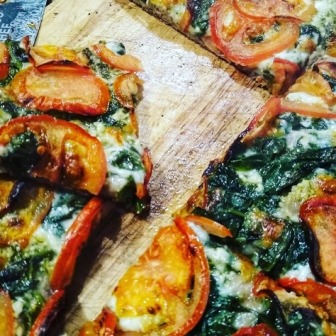 Sicilian Pizza – wholemeal base with pesto and spinach 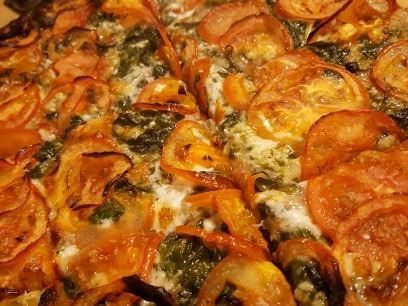 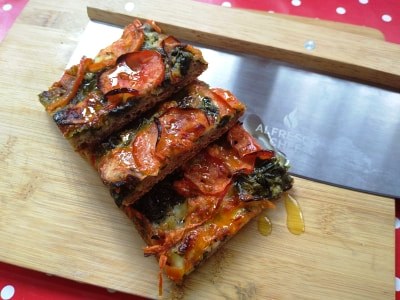