It’s almond harvest time in the Alpujarras and our walk today took us through several hillside groves.  Apparently these look amazing for a few weeks in February when they blossom but right now they just look very sparse and an incredibly hard way to make a living.  Almonds have been grown here for a long time.  They are pretty drought resistant, tolerant to freezing winters and baking summers and will grow in the scrubby, rocky landscape.  But tending and harvesting them on a steep rocky hillside where machinary would really struggle must be incredibly back breaking. Not only that but they don’t even make very much money (80 cents per kilo to the grower) .. though that may be about to change. 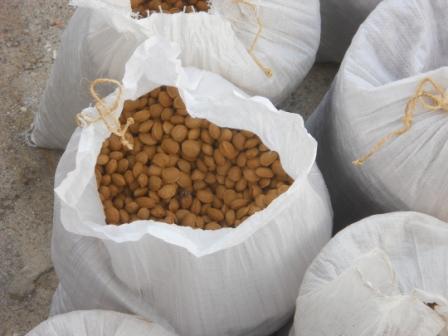 Bagged and Ready to weigh.

California is the largest producer of almonds in the world and until recently grew 100% of the USA’s demand and 80% of the rest of the world.  However, severe drought in California means the harvest there has been devastated resulting in a global shortage. Suddenly almonds from anywhere are very, very sought after and prices are rising as a result. 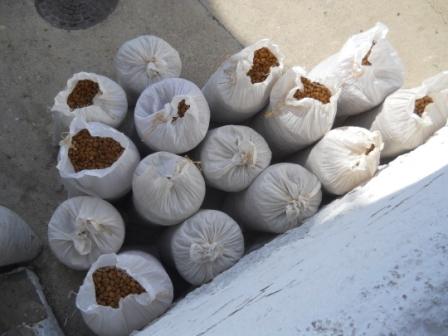 Lots of Bags of Almonds

Luckily for the Alpujarrans the harvest here this year has been good and we walked through the village of Jubar just as the harvest was being weighed and packed off.  This area has not been at the forefront of technological advance since the Moors had to develop new mathematical techniques to decide how to distribute water amongst the villages (900 ad to 1400 ad and a true story by the way) so it came as no surprise to see the almonds being weighed with a scale which looked liked it had done the same job for at least 150 years. 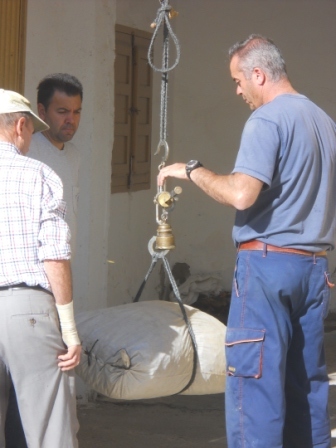 As yet, we hear, the price rises aren’t filtering down to the growers but if the middle men are getting big prices elsewhere then hopefully that will change too (but don’t hold your breath).  Of course that means there will be a temptation to sell all the Alpujarran almonds elsewhere which would be disastrous for the local cuisine which has developed to incororate them in many ways, not least in tonights supper of pork meatballs with and almond sauce  … how very appropriate? 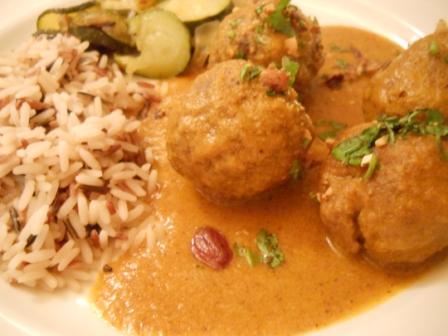