If I told you that I had made 20 different types of bread in the last 3 days, would you believe me?  If you believed me, would you say that I was crazy?  That I needed to figure out an exercise regimen immediately?  If you would say either of those things, then you’d probably be correct.  But in any case, it’s true.  David held his three-day Mastering Artisan Bread course this weekend, and his four eager students, myself included, have come away with a boatload of new baking knowledge and understanding, and another boatload of bread.

David structures the course so that students develop a very basic understanding of the four main components of bread (flour, water, yeast, and salt), and how those four components each influence the final product.  He also emphasizes the importance of developing a feeling for dough, pointing out that humans have been making bread for tens of thousands of years, and many of the fancy kitchen implements that we rely on today have been around for much less time than that.  We needn’t be slaves to our gadgets and our recipes.  If we understand how dough should feel, and how we can treat it to achieve varying results, then we are already well over half of the way there.

In order to make his point, David uses Day 1 of the course as a “Bread Lab” day.  On that day, we made doughs that were identical other than their levels of hydration, which demonstrated what effect water content has on the final crumb of the bread.  We also learned how to knead wet doughs without winding up with bits all over the walls, ceiling, and ourselves.  We made doughs using different types of flour (British, French, Italian), which showed us that flour type really does make a difference, in terms of look, texture, and taste.  We played with proportions of whole meal and white flour, and made breads using liquids other than water (such as undrinkable cider) or adding fats (such as butter or oil) to bread. All of these had effects on the final product, some rather intuitive (the higher the content of wholemeal flour, the denser the crumb of the bread) but some not so (French flour baked a darker crust than the other two). 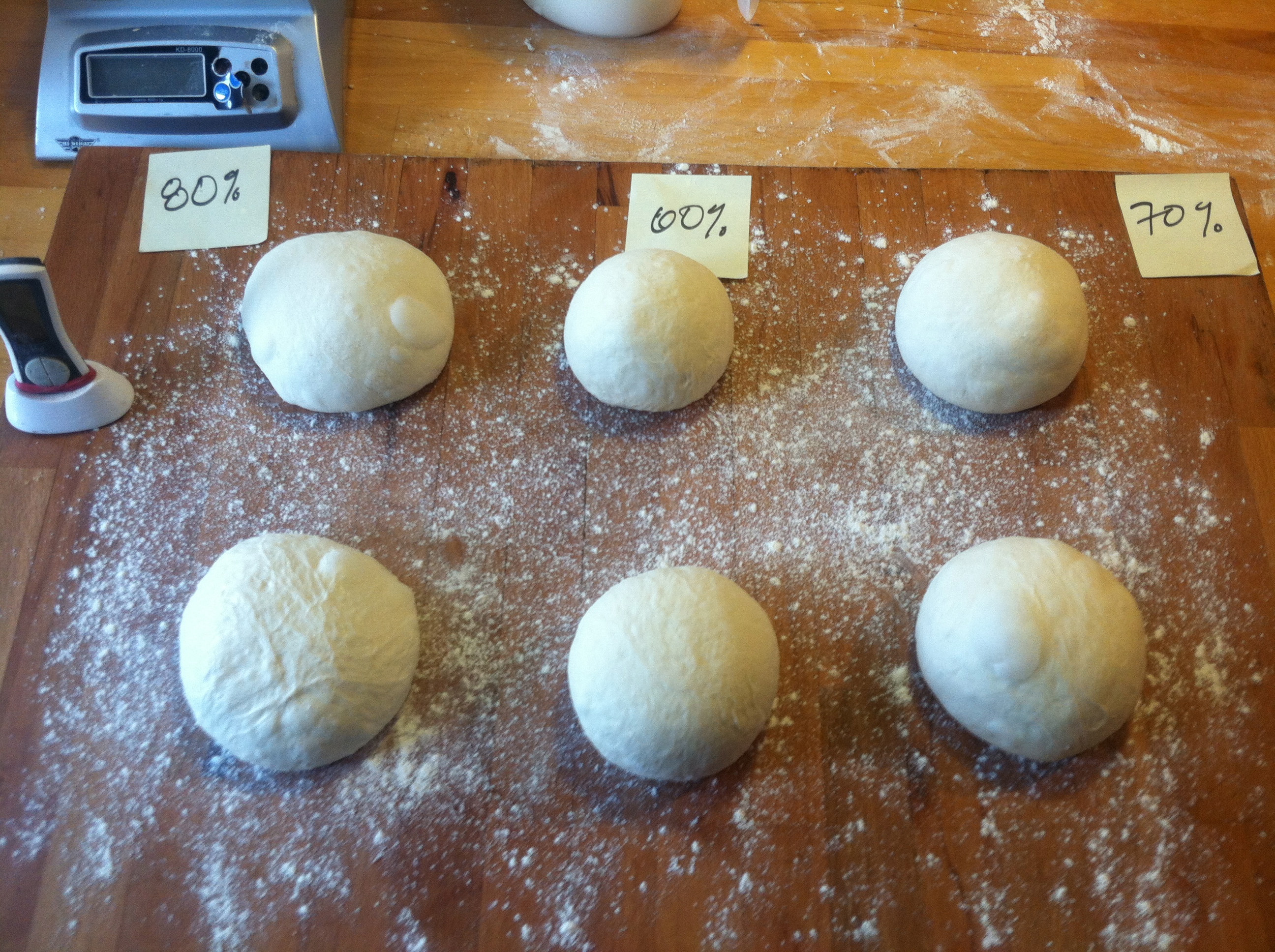 Bread dough made with different levels of hydration. 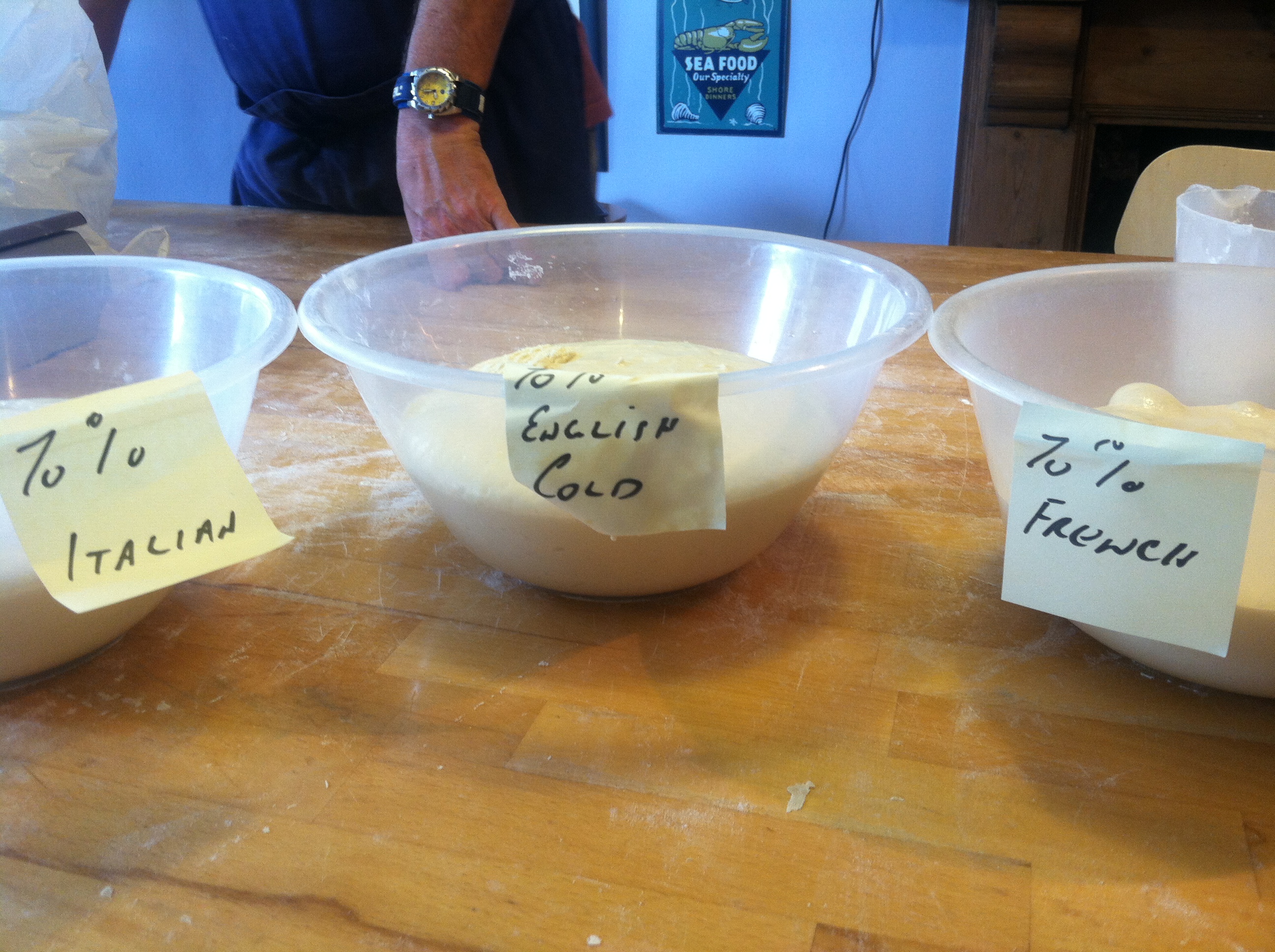 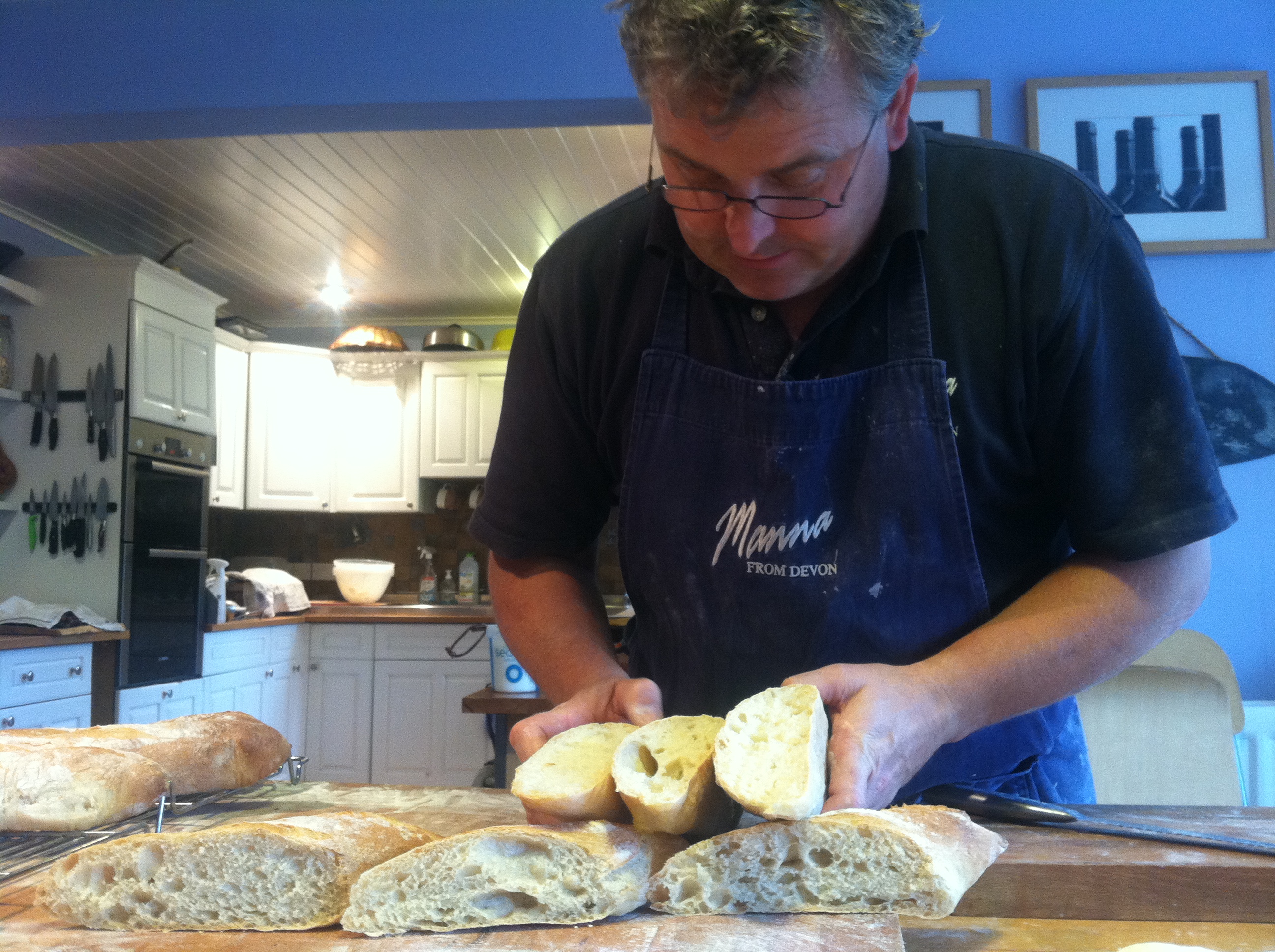 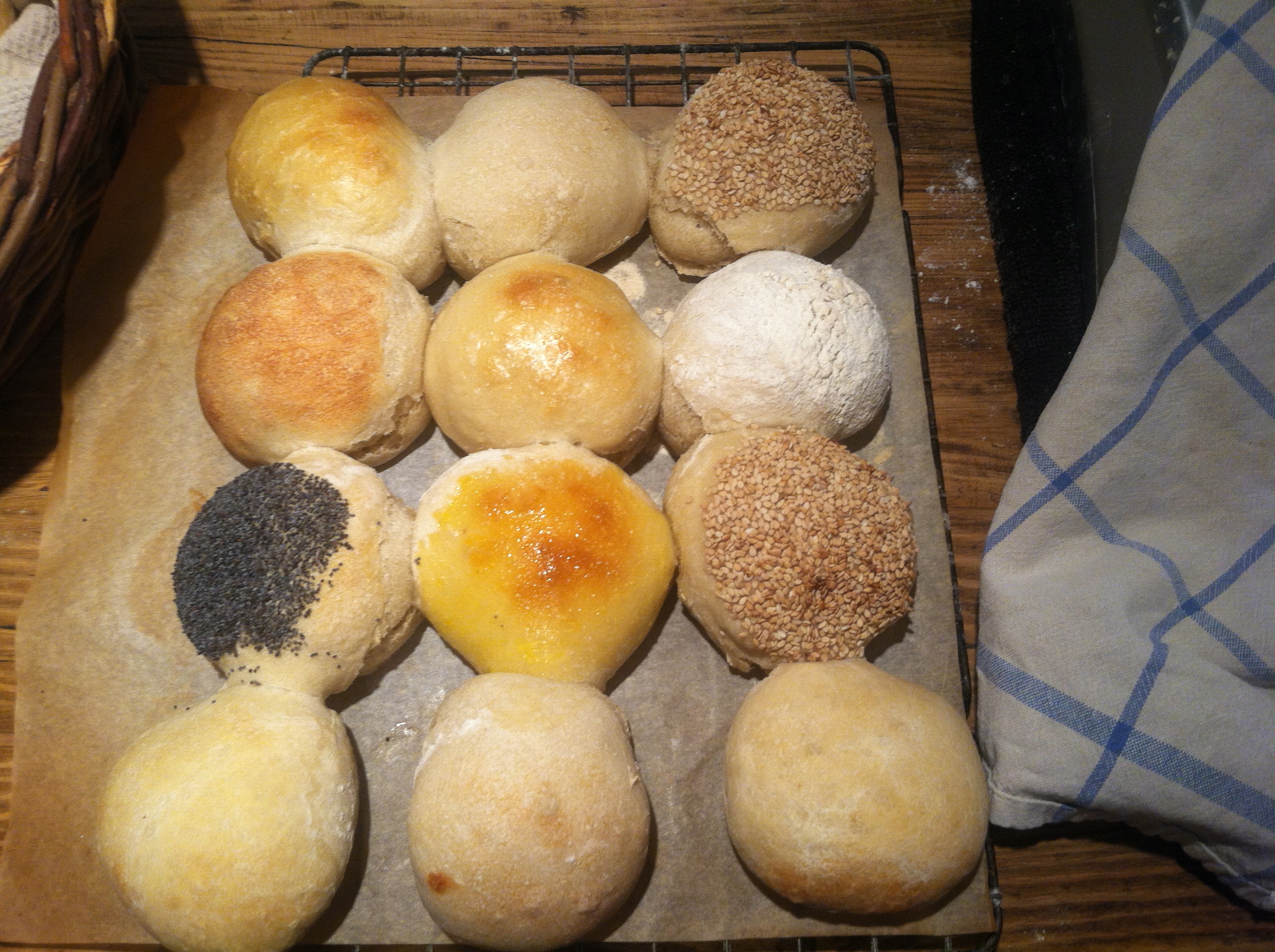 The effects of different glazing techniques.

Day 2 was fantasy bread day: name what you’ve always wanted to make, and we’ll make it.  David taught us about sourdough and making breads with a pre-ferment (otherwise known as a biga or poolish).  We made focaccia and ciabatta, as well as an onion and parsley fugas, sourdough in the style of San Francisco’s Tartine bakery, brioche, and Scottish Morning Rolls.  This somewhat international baking day put a fine point on one of David’s other bread-baking principles: that there is almost no right or wrong way to make homemade bread, as flavor and texture preferences are largely tied to cultural heritage.  In the UK, bread enthusiasts might consider a hard, dense loaf of dark bread a failure in the kitchen, whereas in Germany or Eastern Europe, that may have been exactly what the baker was going for.  If your bread comes out the way you like it, then it doesn’t really matter if its not how it looks in the pictures.  What matters is that it’s what you want! 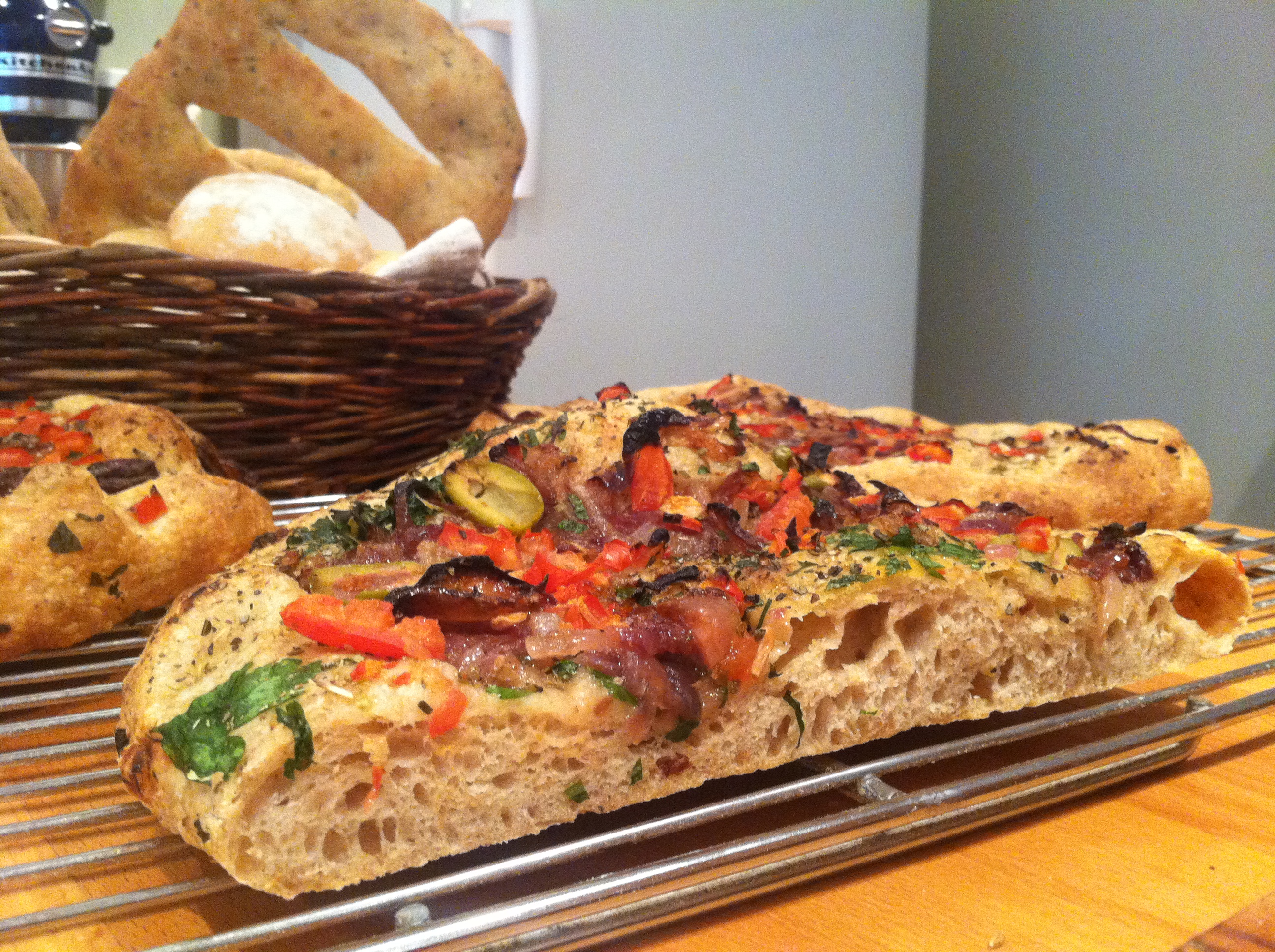 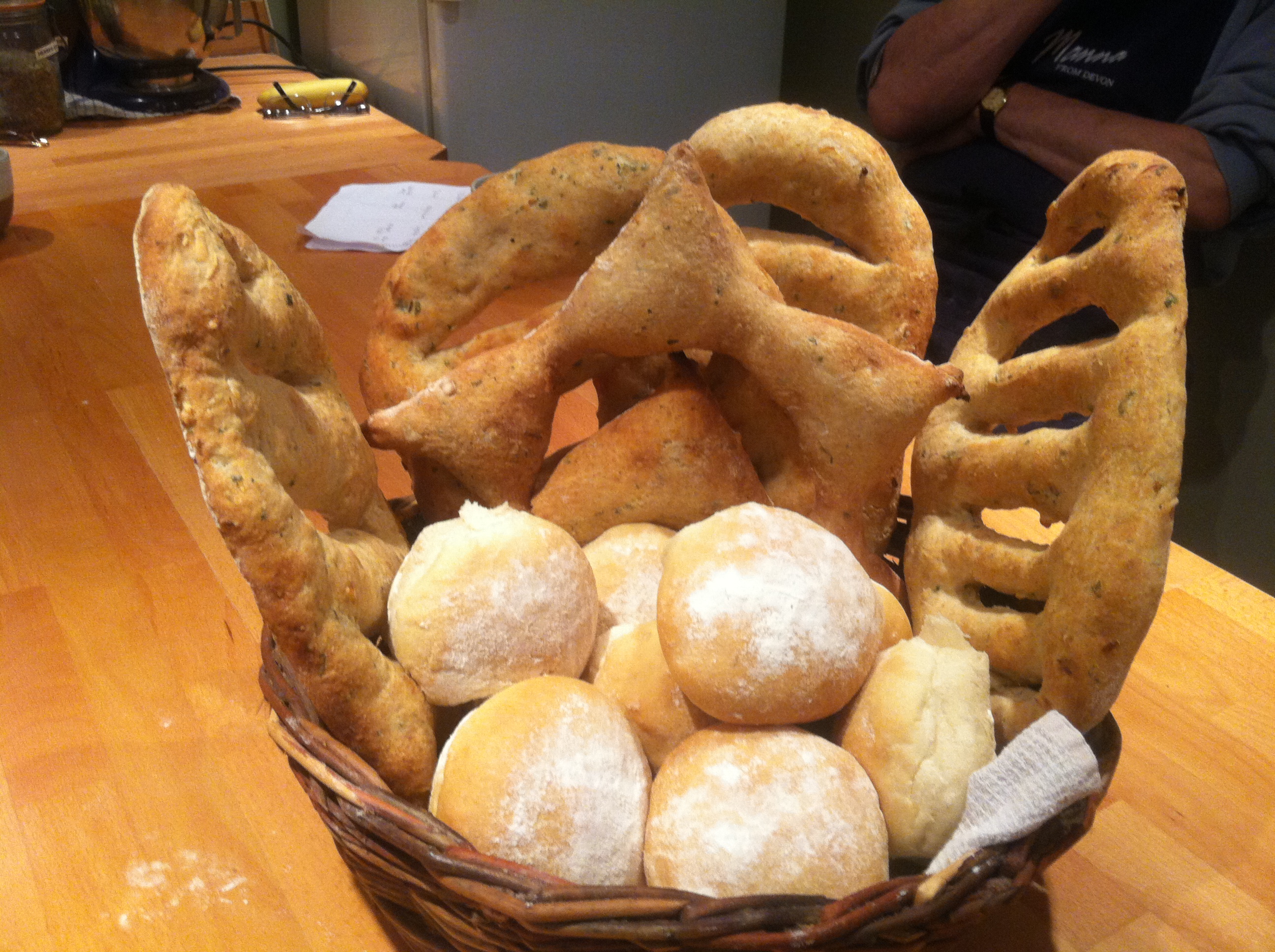 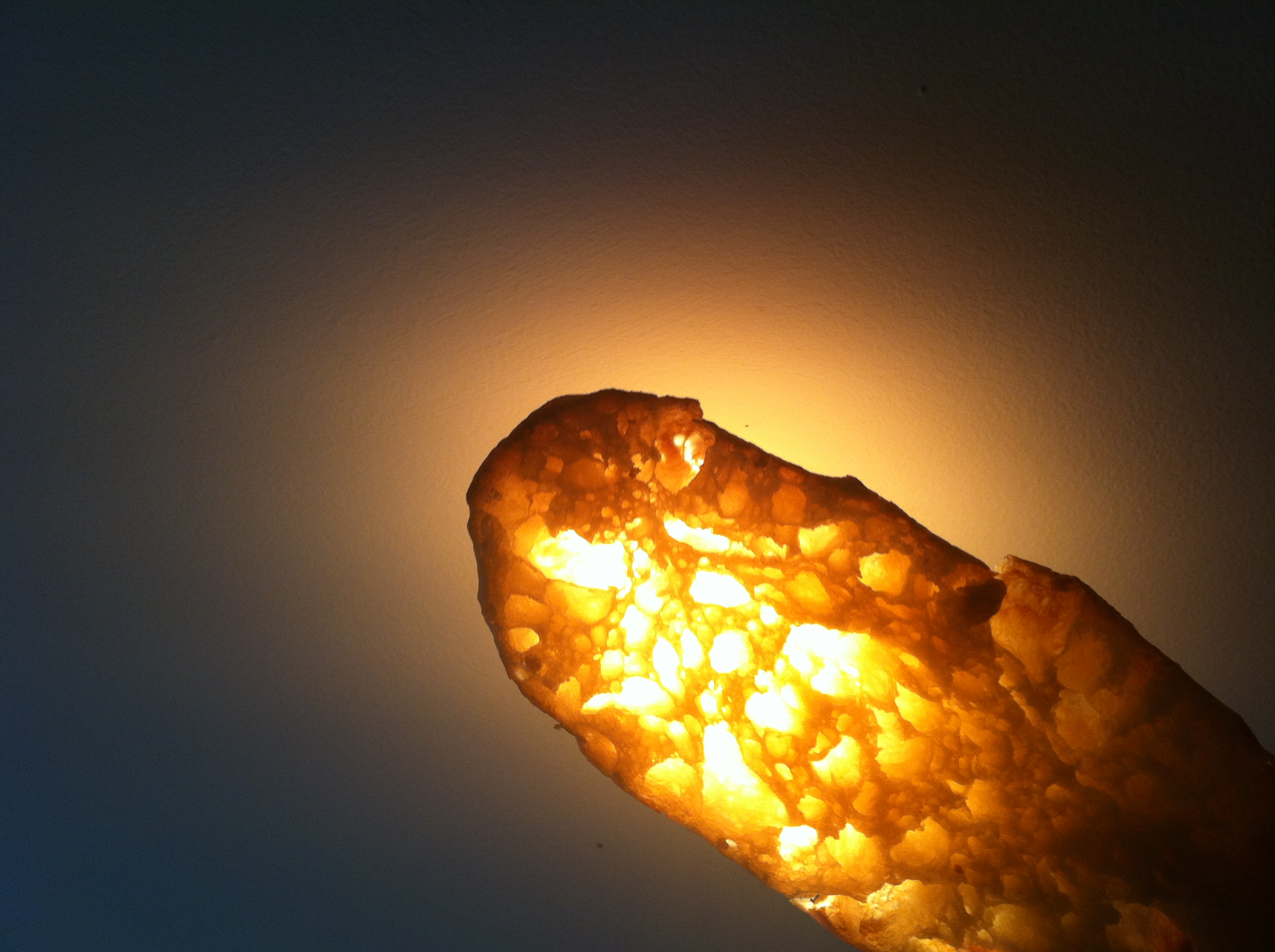 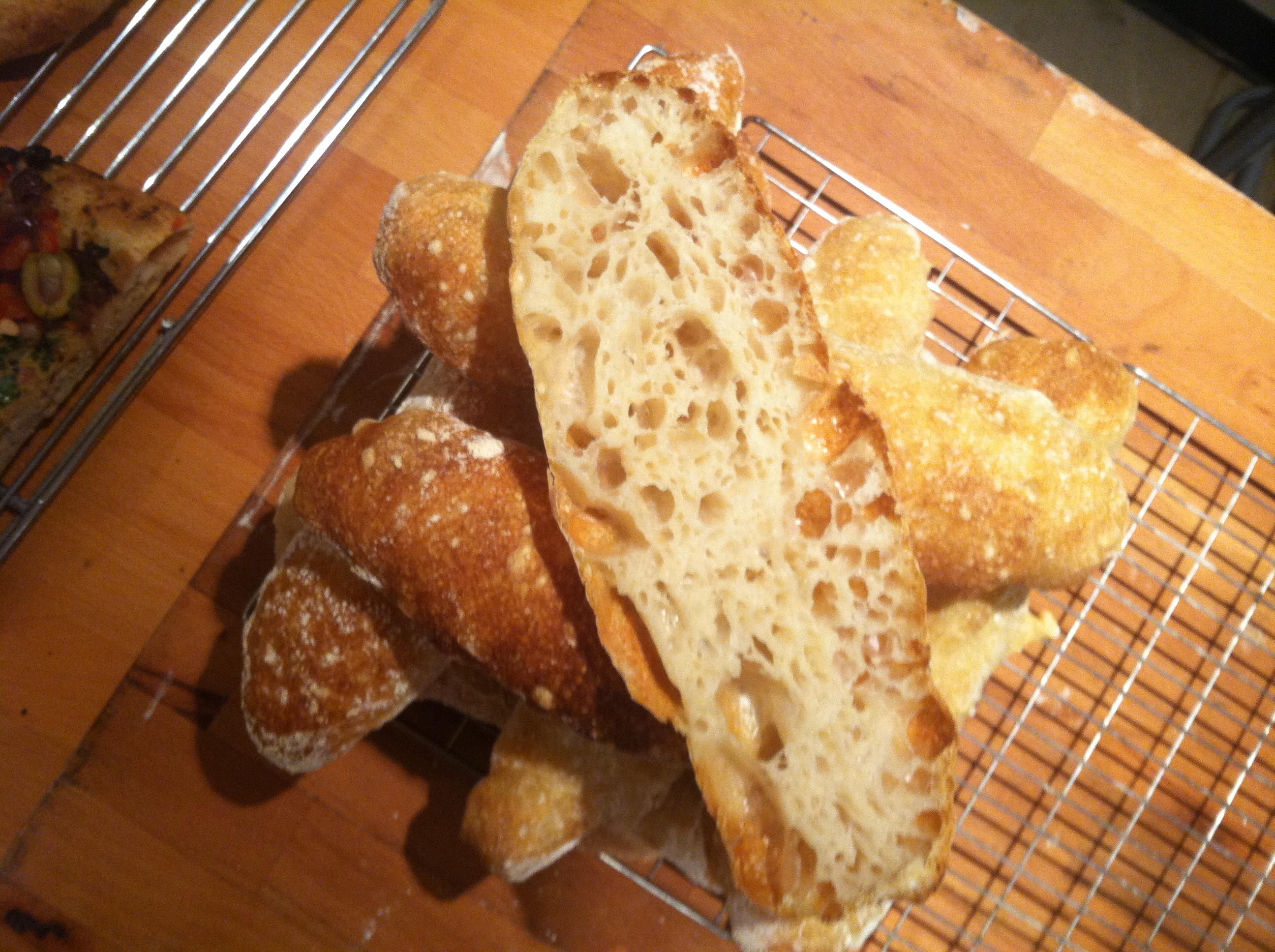 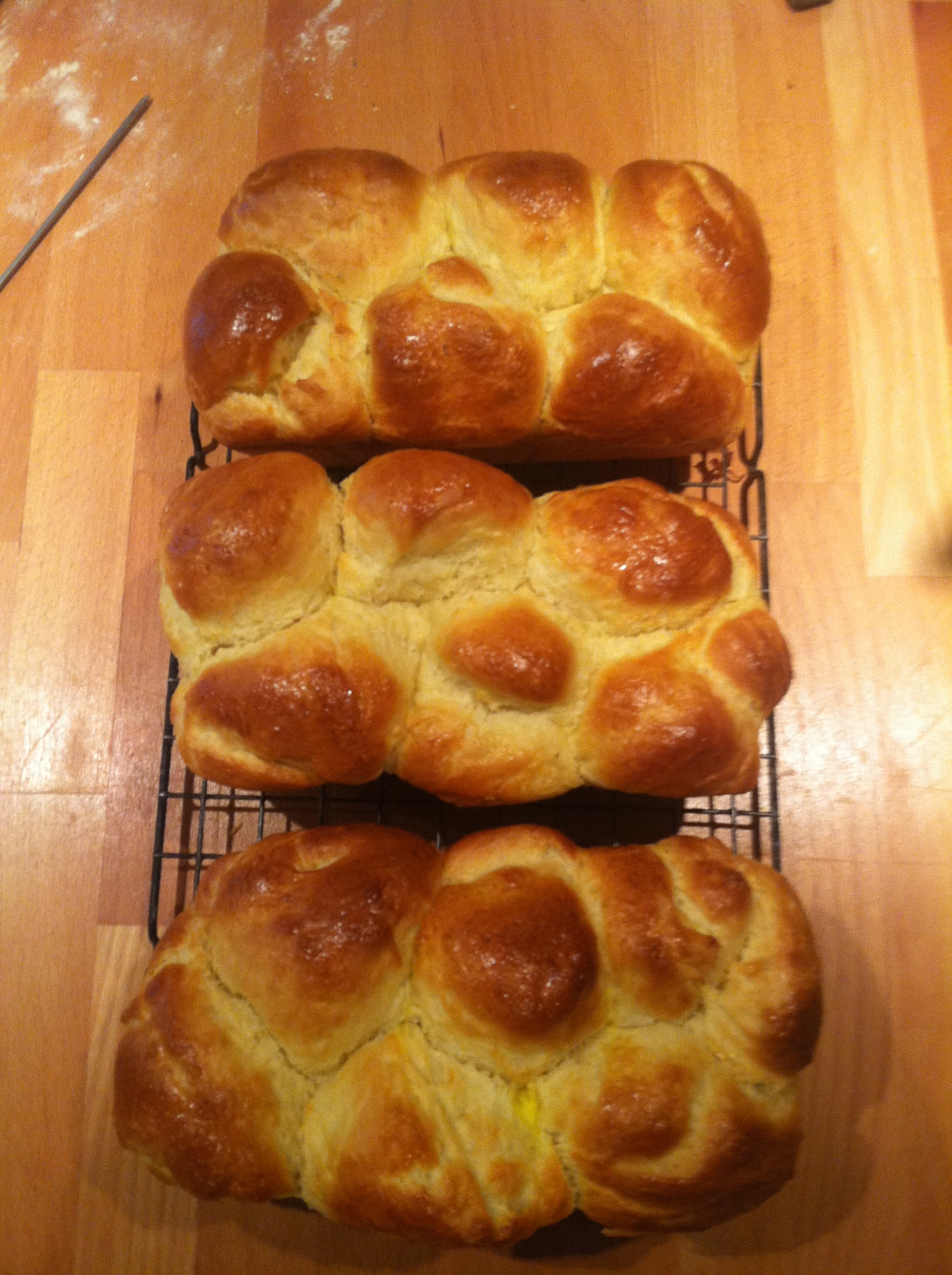 Finally, Day 3 was a bit more about sourdough, a bit more about pre-ferments, and a bit more about baking with heavier flours: wholemeal and rye.  We made a rye sourdough, a New York deli rye, wholemeal loaves and buns, and a braided apple oat raisin bread.  All the while, David was teaching us how to improvise, how to supplement or add or decide on a different shape for your bread just because you can and you feel like it.  There are very few hard and fast rules, and the fun of learning them is figuring out soon after how you can break them.  Expecting to be completely overloaded with bread by this point, I found myself still hungry, still curious, and still slathering butter thickly all over each warm slice.

This course for me was an absolute revelation.  It’s amazing to see how you can manipulate these four basic ingredients to come up with vastly different results.  It’s also amazing to see that with all of the different baking traditions and methods available, there is no reason to be intimidated about making your own bread.  I know many people are scared of it because they think it will take hours, or that it is really hard work, but David taught us that we can find the methods that work for us, and that’s all we really need to worry about.  In short, you can change your bread to fit your life, not your life to fit your bread.

Rather than feeling exhausted by the prospect of baking more bread, I now feel even more energized, as though I have been given the key to the proverbial kingdom.  Now, I can’t wait to get back to the kitchen, to play around, and to try my hand at all of the different breads I never dreamed I’d be able to make.  They probably won’t turn out the way I remember at first.  Luckily, getting there is half the fun. 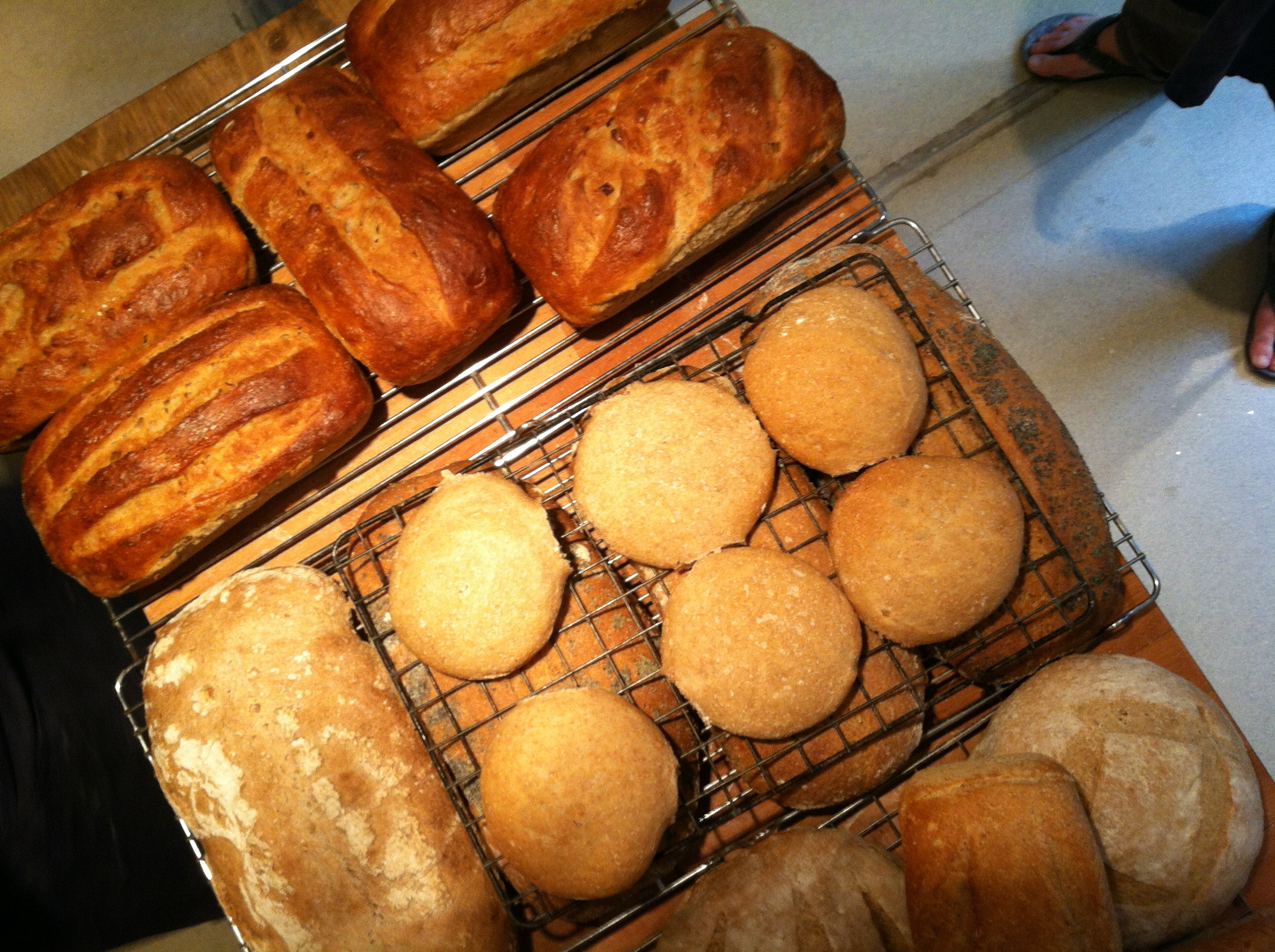 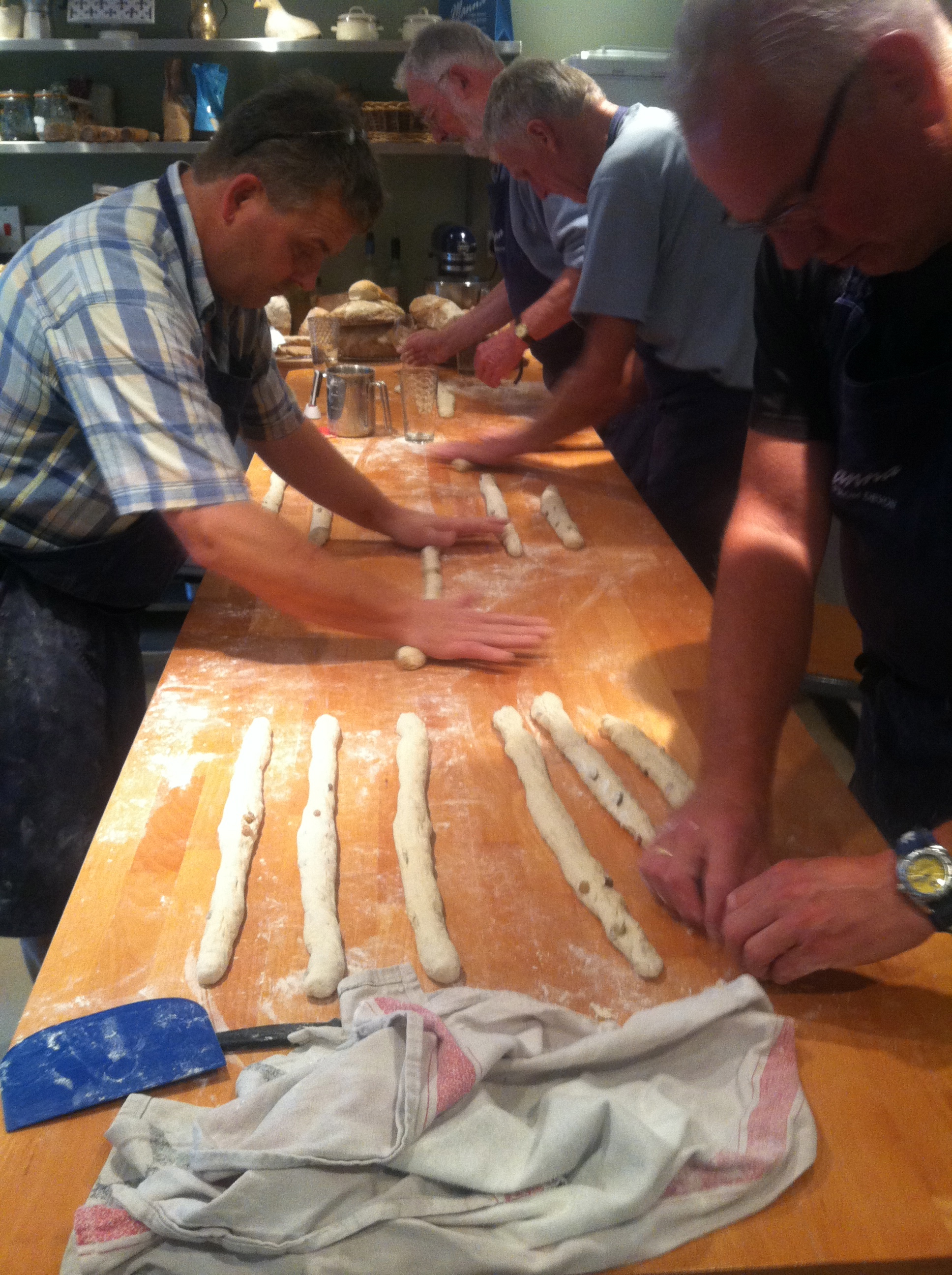 Preparing to braid our apple, oat, and raisin loaves. 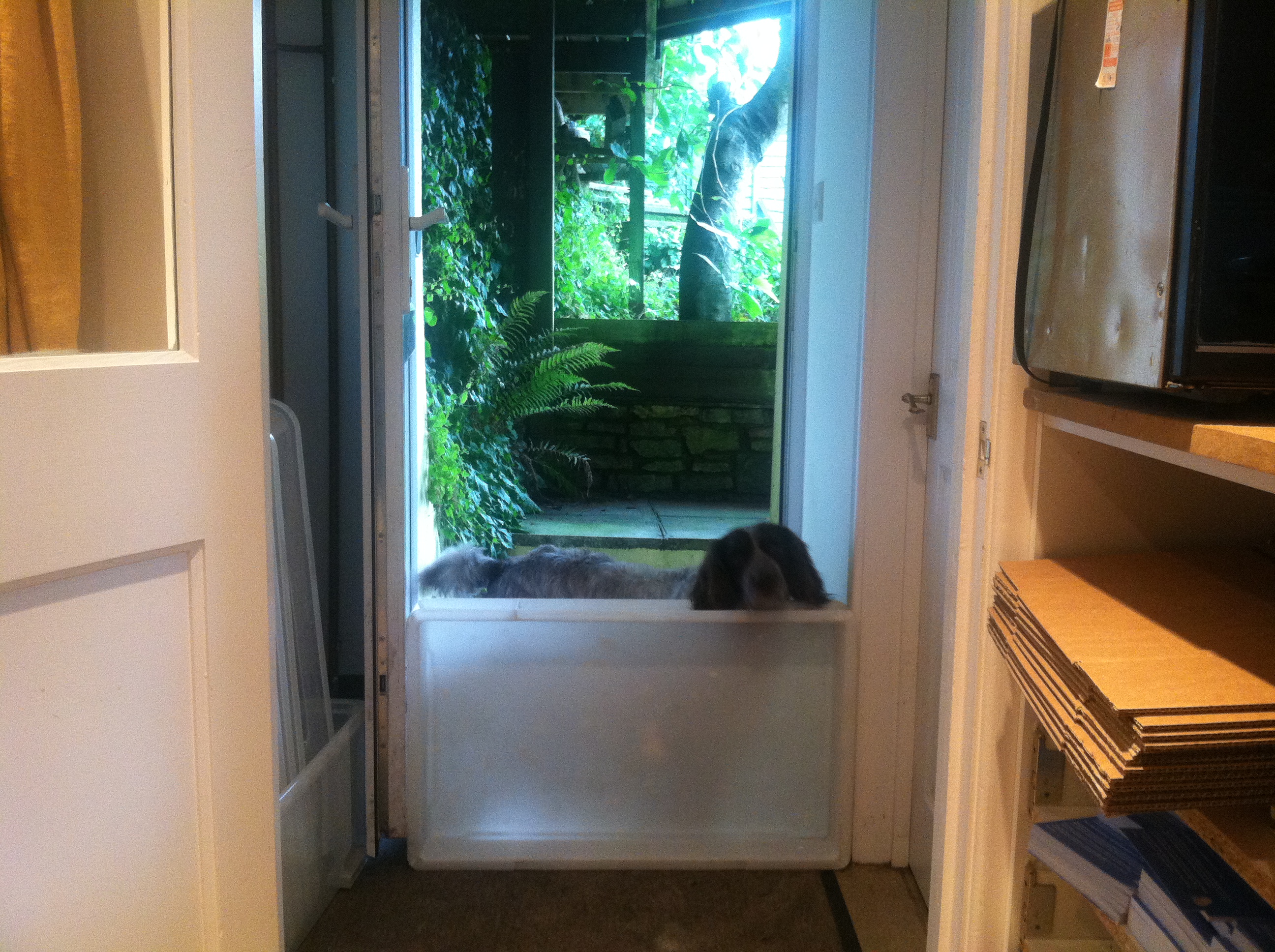 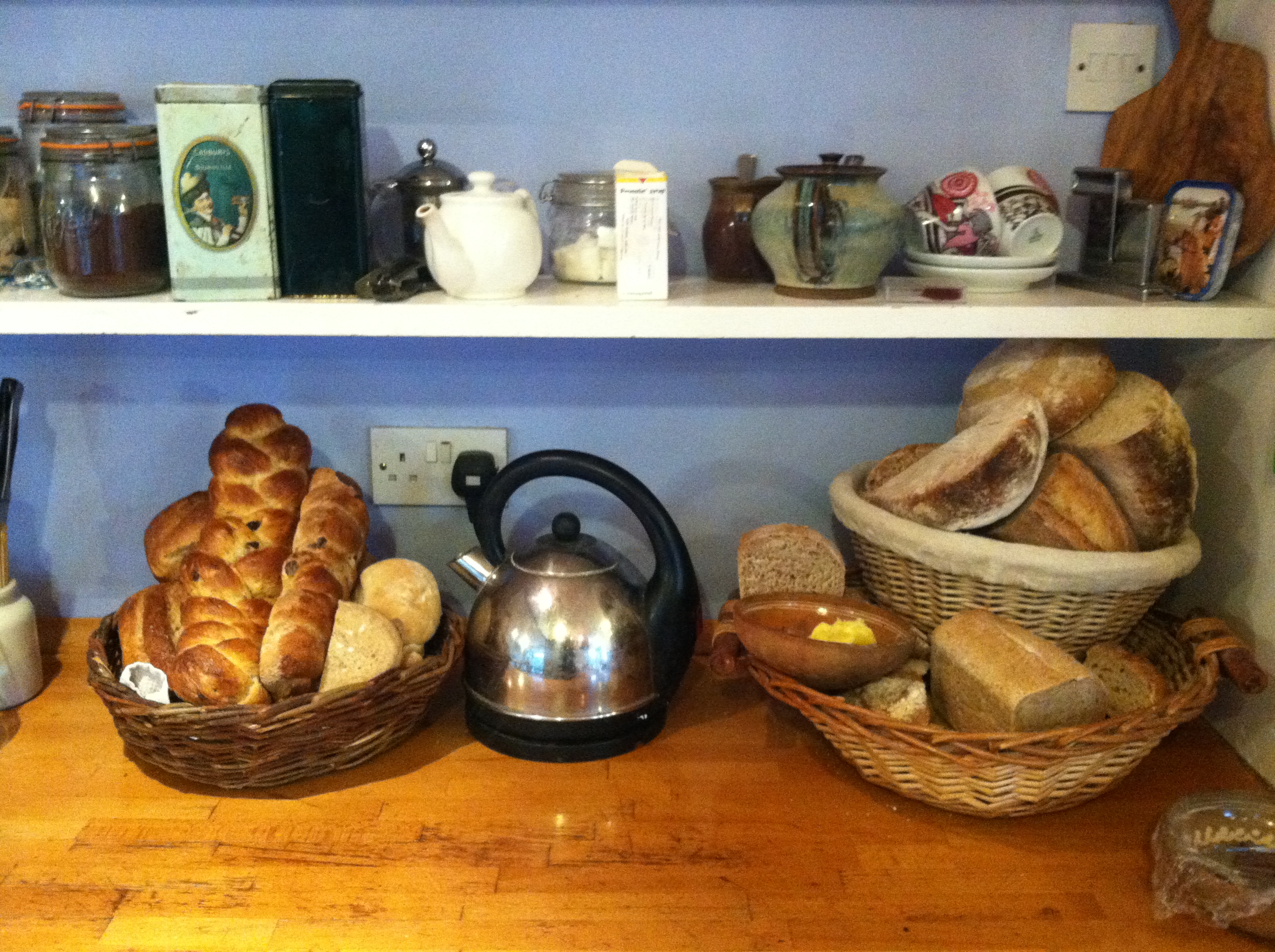 Can someone please take some of this bread off our hands?