The Best Tomatoes I Ever Ate…

…were in Honiton, UK.

Yes, I know what you’re thinking: “you’ve been living in Italy since November and you haven’t had a good tomato until NOW???”

Well, that’s not entirely true.  I’ve had plenty of delicious tomatoes until this point.  But I will say that one of the best tomatoes I’ve had in the last few months (indeed, in my entire life), I ate just today, at the Deer Park Hotel’s walled garden.

Tomatoes have been getting a bad rap for the past several years.  Much maligned as a symbol of the anti-localist purchasing power of supermarkets, the tomatoes that many of us can buy today have been grown in greenhouses, at all times of year, usually under artificial conditions to make them grow faster, bigger, and more perfectly round than they would naturally.  This often results in a tomato that is far too hydrated, it’s high water content diluting all of the sugars and flavor molecules inside to result in a tasteless, mushy mess.

Many people claim not to like tomatoes, but I really think that most of those people have probably only tried bad supermarket tomatoes, an unfair and inaccurate representation of the fruit.  Grown correctly, you will be hard-pressed to find another fruit with such a strong, distinct flavor that tastes as though it has come straight from the earth.

In this case, that’s because it had.  These were proper tomatoes, with all the sweetness, fruitiness and almost spicy complexity that is all too difficult to find now.

Does it seem a sacrilege to say that I had to come to England to eat a good tomato?  Probably.  Whatever the case, I’m happy to report that there are real and tasty tomatoes available in Devon, and they are no further away than the Deer Park Hotel!

The Deer Park Hotel is a lovely piece of property located to the east of Exeter, and it has one of the most fantastic walled gardens I’ve ever seen.  Their goal is to use the hotel as a home base for cooking classes, shooting classes, foraging classes, wood-fired oven classes, and fly fishing classes, among much, much more. 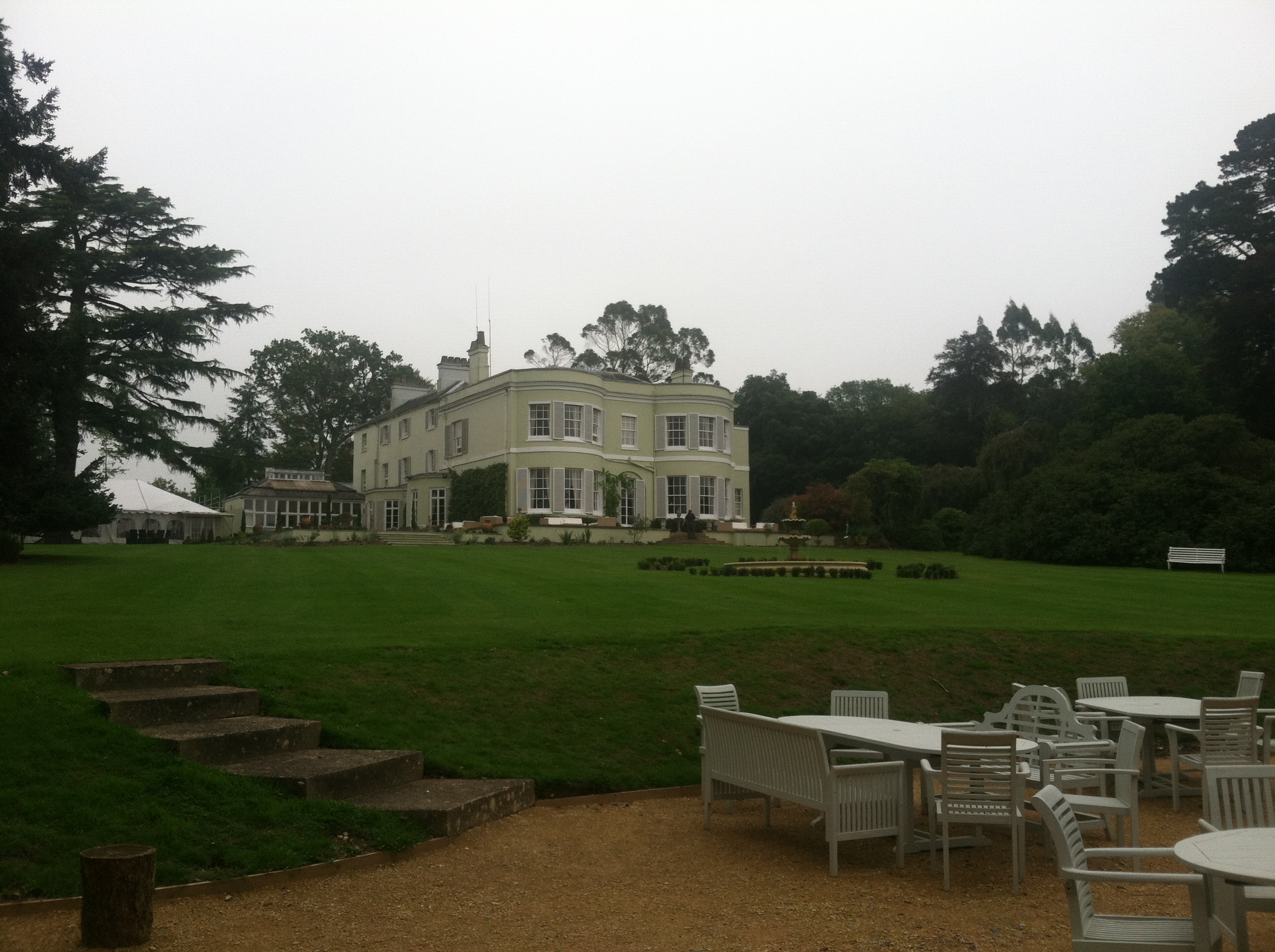 The Deer Park Hotel, from the wood-fired oven pit

It was a beautiful setting, with romantic swing seats and gardens dotted about the lawn.  And with a huge walled garden supplying produce to the kitchen just meters away, there’s no better place to get a delicious fresh-from-the-garden meal.  Soon they will even offer classes in which guests can pick their own produce from the walled garden and learn to create a farm fresh meal of their own.  If I had a vacation to book in the near future, I’d look no further. 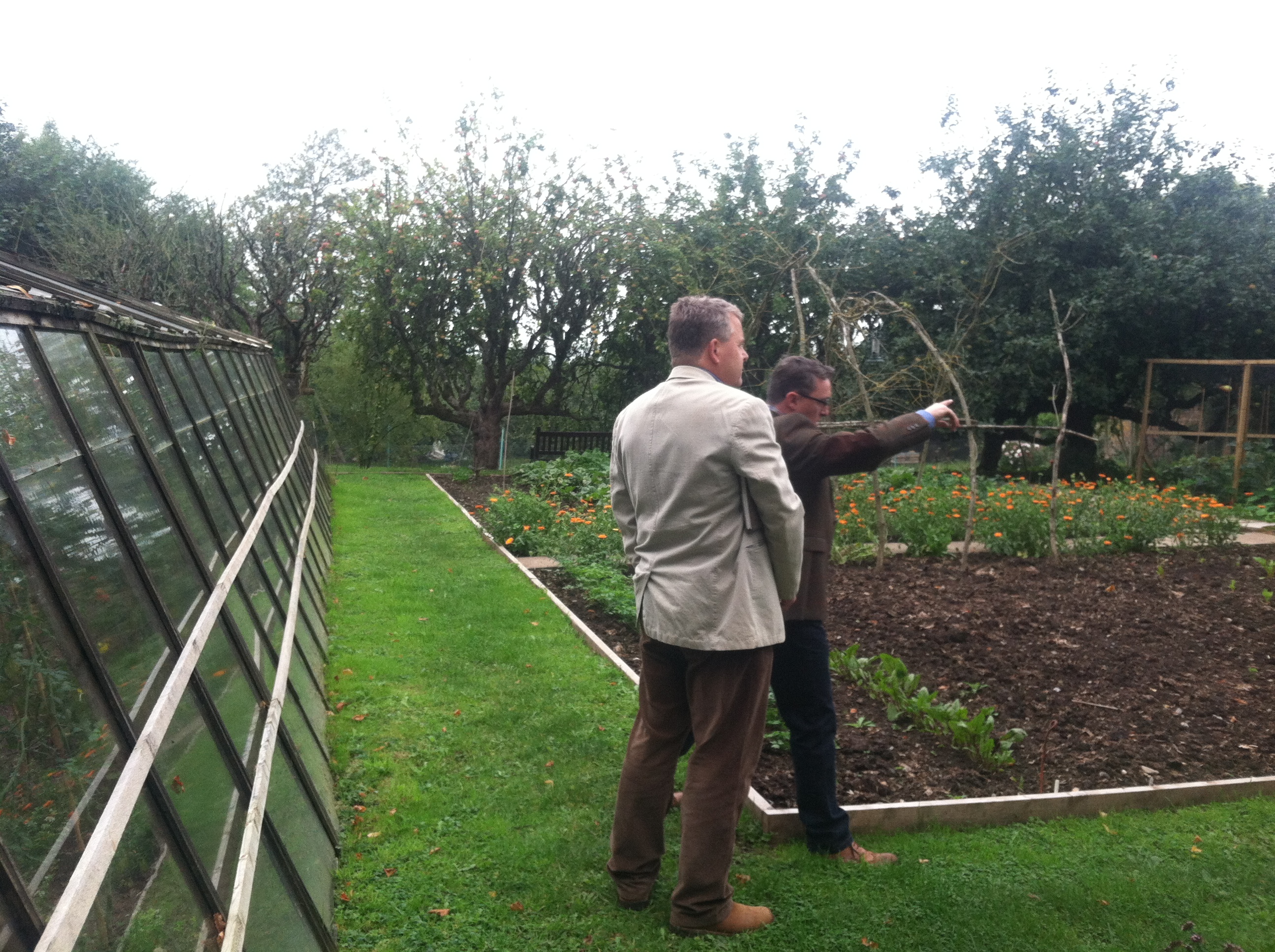 David and Mark in the walled garden. 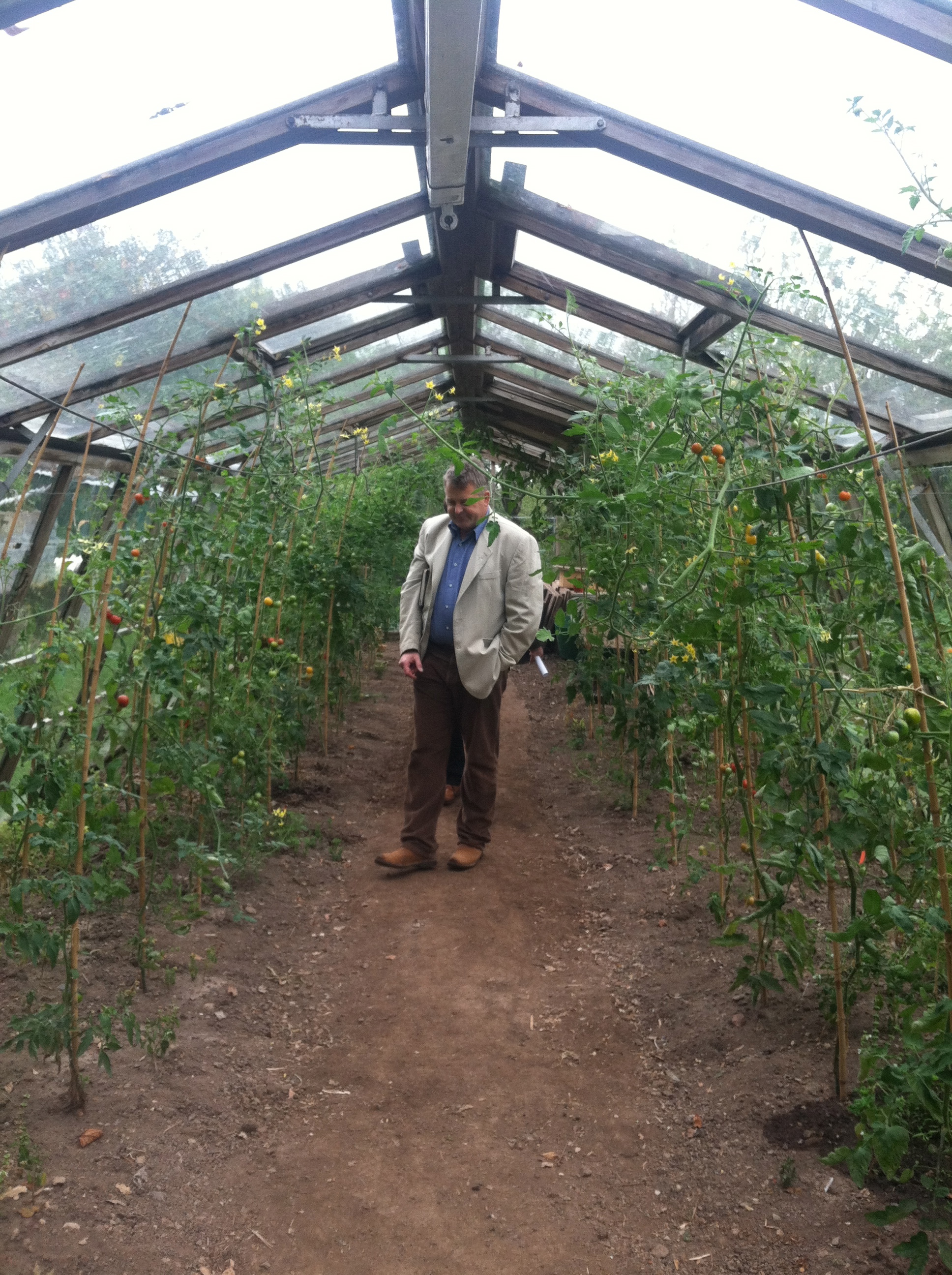 In the Green House. 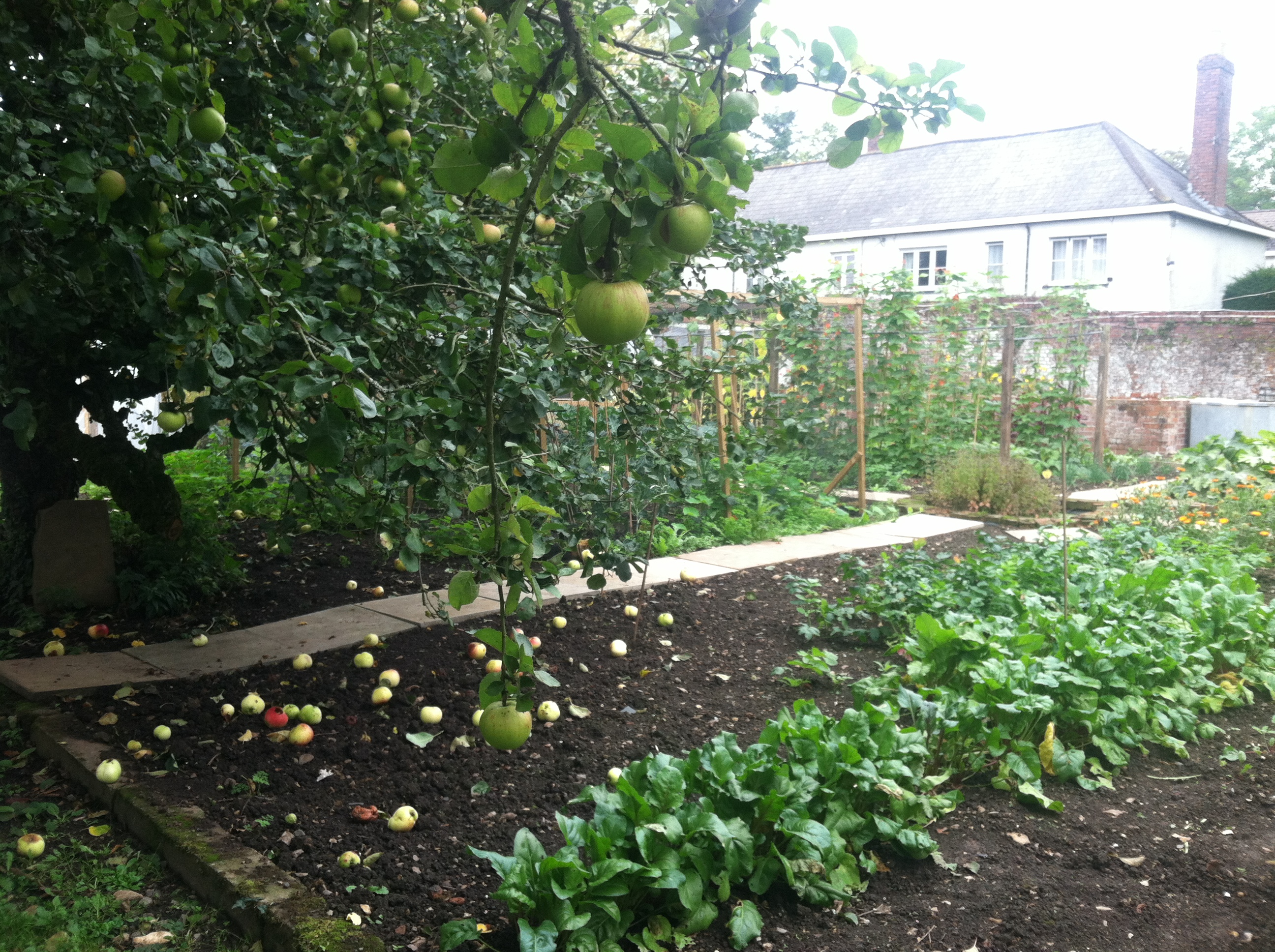 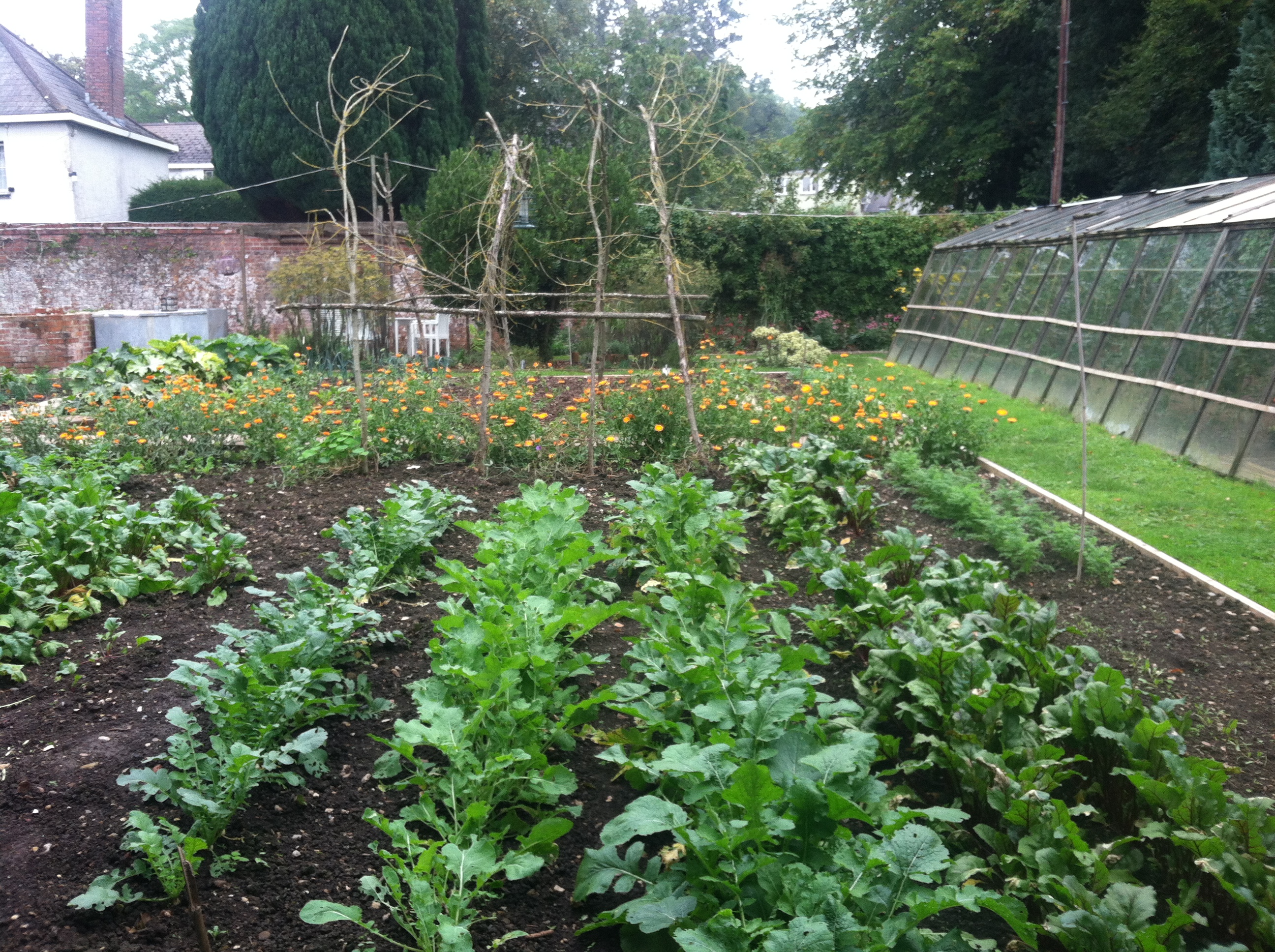 Just cannot get enough of this garden.

As soon as you tastes the tomatoes, I’m sure you’ll be sold.