Let me just get something out there: I love cheese.  Any kind.  Soft, hard, from the most mild and creamy to the real mold-laced stink bombs, there are very few that I will turn down.  The thing about cheese is that it makes everything taste better.  Throw it on a sandwich, a salad, or into an omelette.  You can make cheese sauces for a pasta or bake some enveloped in pastry for a warm, gooey appetizer.  And don’t even try to serve me a hamburger without some sort of cheese layer.  I mean, really, what’s the point?  In this way, it’s almost like culinary cheating.  You can hide any manner of sins under a good cheese.  At least, that is my personal philosophy. 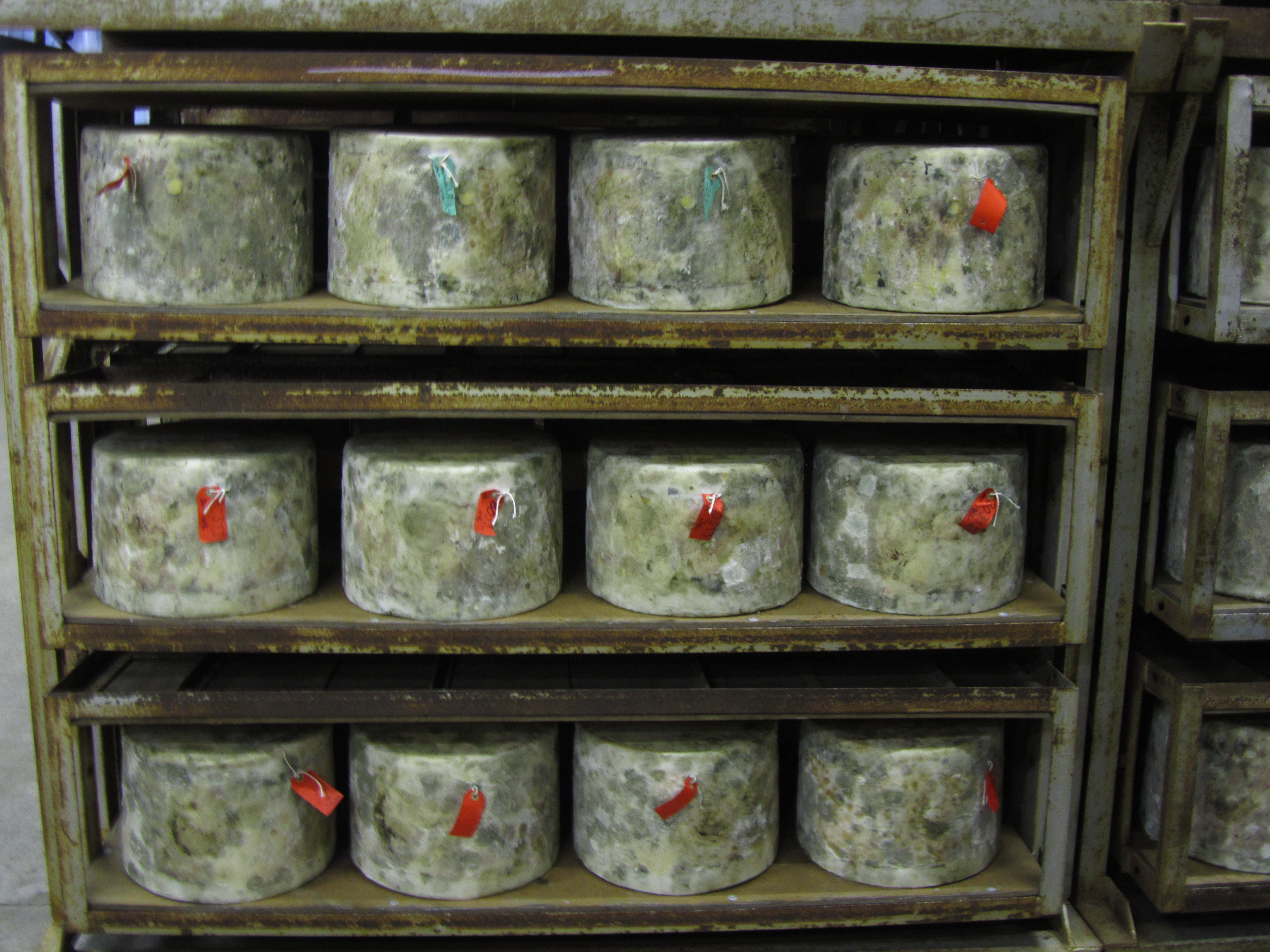 But the thing is, cheese is almost always best eaten on its own, or maybe just with a cracker, a smear of chutney, and a glass of wine.  This is why I was so excited to find out on Tuesday, at Country Cheese on Ticklemore Street in Totnes, that this week is British Cheese Week!  I am a big fan of stilton and cheddar, but my education in British cheeses is admittedly quite limited, so I was excited by the huge selection and the various plates of samples in the shop.  Equally impressive were the description cards that had clearly been written up by a cheesemonger poet, so creative and entertaining they were.  My favorite card was the “White Nancy”, which read, “Fat, round, but what about the cheese?!”.   It had me giggling audibly, and I made sure to take a photo to send to a friend of mine named Nancy.  Luckily, she found it funny too.

After trying a few, we left with a goat’s milk blue cheese and a bright yellow hard jersey cow’s milk cheese, the names of both of which escape me now.  What a terrible food documentarian!    No matter, there are lots of British cheeses to be tried, and still three more days of British Cheese Week (it ends September 15th) to celebrate.  I urge all of you to do your patriotic duty and try a new British cheese this weekend!  Probably not too hard to sell that one.

The best part of the whole thing, in my opinion, is that every week can be British cheese week.  With so many different types to try, there is something for everyone.  Just head over to your local cheesemonger and start tasting!