Did You Know? Sourdough September Edition

Did you know that if you want to preserve your own sourdough starter, you can dry it on parchment paper, whiz it up in a food processor, and store the powder in a jar?  Just rehydrate it when you want to use it!

Did you know that sourdough will always take on the prevailing bacteria of the place in which it is being made, so if you buy some San Francisco sourdough starter and bring it back to Devon with you, it will very quickly start making Devon sourdough rather than the Bay Area specialty!

Did you know that this also means that if you split a starter in two, as one of our students tonight had done, and sent half to Bath and kept half here, they would end up making different tasting sourdoughs because of the varying microflora of the two areas?

Did you know that salt is what gives gluten its strength while a sourdough is fermenting, creating much of the structure and pressure of a beautifully risen loaf?  This is why that 1.5% of salt is so important.

If you didn’t, then you’re in the same boat that I was about 6 hours ago.  We’ve just completed our two Sourdough Surgery sessions to decided success!  It was a great chance for sourdough enthusiasts, from the very beginner to the more advanced, to come together and talk about all things sourdough.  We touched on the way that starters work, all of the different acids and bacteria that exist in a healthy sourdough starter, what kinds of shaping and baking practices deliver the best results, why sourdough is easier to digest than industrial bread, and so much more.  We also tasted some delicious bread!  David made four different sourdoughs: Wild White, apple oat with goat cheese, New York Deli Rye, and cranberry walnut.  Yum!

I personally learned a ton, as I’ve gotten quite a bit of hands-on experience in the last few weeks making bread with David, but didn’t understand as much of what was really going on inside all of those lovely loaves.  These sessions helped demystify a lot of what seemed like sourdough lore: feeding starters like pets?? Hours and hours of fermentation??  Are sourdough bakers some crazy, quirky fermentation enthusiasts or are they just misunderstood?  Maybe it’s a little of both, but I certainly feel like I understand a lot more about the process, and the idea of keeping my own starter now seems even easier than keeping your average houseplant alive.

For those of you that don’t know about the Real Bread Campaign, or Sourdough September, you should definitely check out their website.  It’s a really cool movement, which aims to reignite people’s passion and excitement for high quality bread, in much the same way that the Campaign for Real Ale did for beer several years ago.  So, bread lovers of the world unite!  We’ve got to save the bread! 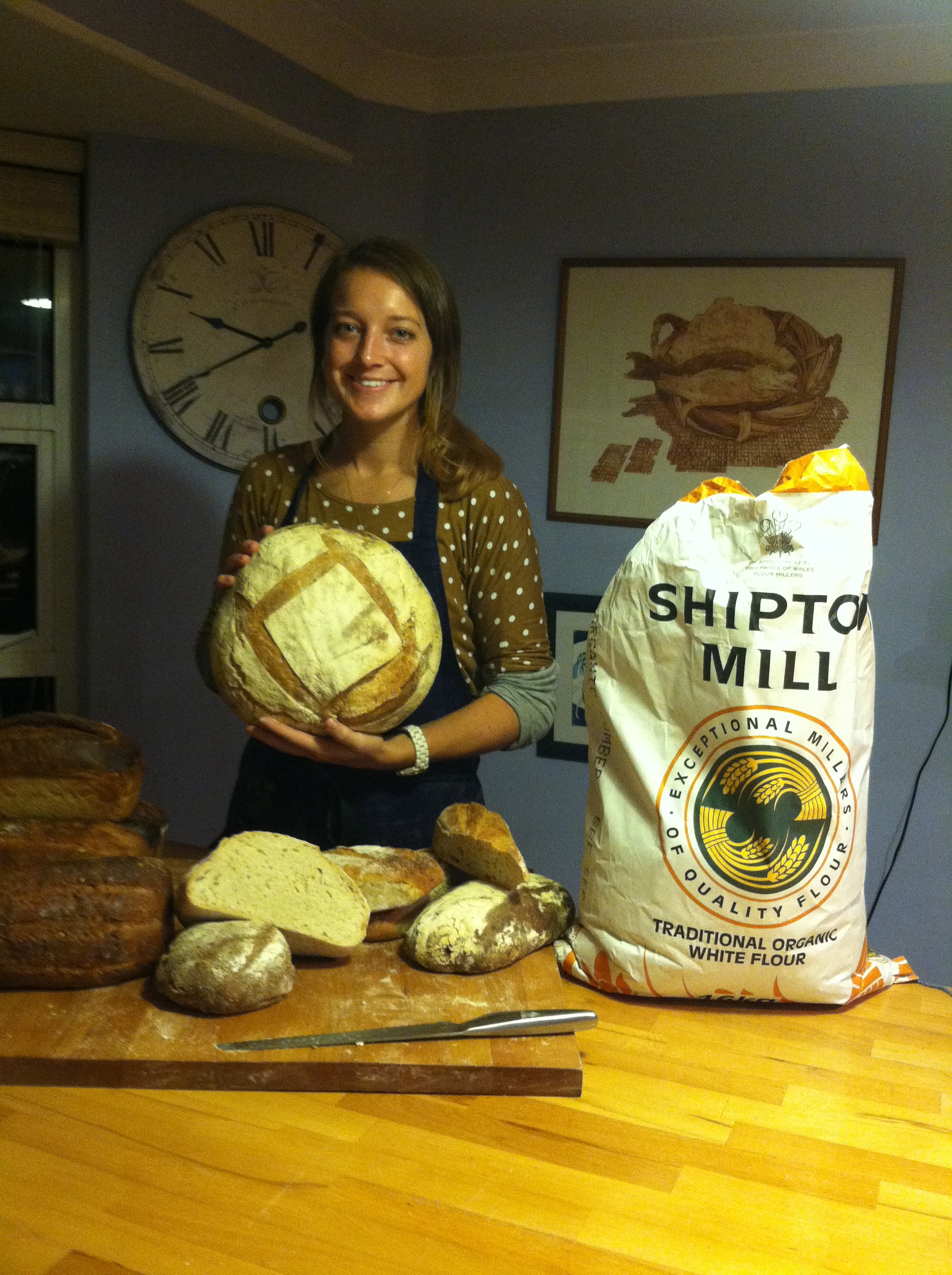 All hyped up to make more sourdough!