Today, as I walked towards Chandni Chowk metro station  a beautiful girl literally threw herself at me and would not let go even though I was obviously walking with Holly and thus, you would have thought, off limits even to the most shamelessly smitten. Of course I like to think of myself as irresistable but in this case I was pretty sure that the six year old hanging off me with a vice like grip was after nothing more than cash.  She was beautiful though and her siren like importuning was hard to resist.  I think, if my translation of her Hindi is correct, that what she was saying was, ‘please Mister Englishman, give me rupees. I need the money to buy some weighing scales’.

Not the most obvious thing to be after, you might think, and as far as I know the problems of the penniless and homeless of Delhi do not include anorexia. No; but when you’re six and begging on the streets of Delhi, your horizons are fairly limited and owning a set of weighing scales signifies a major step up the ladder. If you own a set of scales you become a beggar with something to offer, and actually that’s not begging, that’s selling a service; you’re now a professional business person. A professional business person has bigger dreams than a six year old beggar although I’m not sure what the next stage up the ladder is. 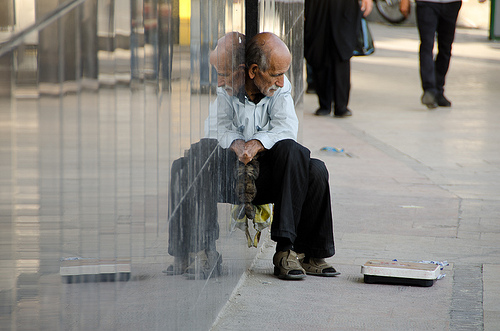 The significance of the weighing scales is that Indians have become obsessed with their health and in particular those conditions associated with a poor yet affluent diet; obesity, diabetes, heart disease, high blood pressure, stroke and so on. We’ve seen signs for diet clinics, adverts for diet products, articles in the papers about healthy eating and beggars with scales (sorry, professional business people with scales) offering passers-by the opportunity to check whether they’ve overdone it at lunch in exchange for a few rupees.

After two days in India, I think I see 0ne problem; whilst French Fries might not be quite so ubiquitous here as in some other places, there’s still plenty of fried food to be had.  Until right now I’d always thought of bread as a relatively low fat product (excepting brioche, croissants, doughnuts and their ilk) …. but I was mistaken, so very, very mistaken.  Here’s a quick run down of some things we’ve enjoyed so far in Delhi: 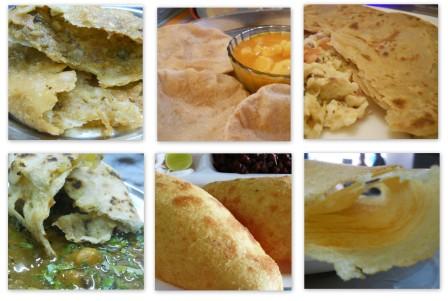 Bread here is a way of life, with deep cultural roots.  I look forward to eating lots more and learning how to make some of it; but I’ll be trying to resist it becoming my daily bread. Does anyone know if NHS Direct will let me pre-order statins ready for when we get back.

Thinking back to the young girl at Chandni Chowk Metro, I shook her off and walked away without a backward glance and with all those warnings not to give money to beggars because you’ll immediately attract two dozen more ringing in my ears. I don’t know how much a set of scales is but now I wish I’d given her the money … it might have been the start of a great career.