All Roads lead to Food in Delhi

We’re now on our third day here and during that time we have taken 6 tuk tuk rides. Every time we’ve got into one I feel a degree of trepidation. Nothing to do with the crazy Delhi traffic but lots to do with the fee minefield. All tuk tuks have meters which they are legally required to use for all journeys but they hardly ever seem to be switched on (there’s a funny thing). There is a formula which you can use to work out how much the journey should cost, 20 rupees to start then 6.5 rupees per kilometer. Here’s the break down of charging protocol, fees paid and perceived satisfaction of each of our  tuk tuk drivers:

In other transport news our metro train had a technical fault today and had to wait for several minutes in each station rather than seconds. By London standards, this is not news but Delhi’s metro is only 10 years old and every ride we’ve has been quick and easy. So today’s train got ever fuller until it was a seething mass of humanity pressed cheek by jowl into a steel tube. No one grumbled, no one started harrumphing and no one said anything rude about the train company.  Someone translated the announcements for us and when I commented to my neighbour that everyone got to make friends quickly on the metro someone from across the carriage added, ‘yes, and we get to smell each other as well’. When we finally got off my first comment to Holly was, ‘That was fun’.  And it’s true.

Of course the reason for all this traveling about is to get us from one eating stop to another and today we had three great experiences. 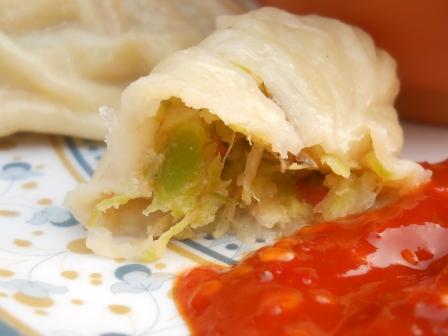 At the Dilli Haat craft village we ate momos. These are little dumplings stuffed with fresh vegetables, steamed and then served with very hot chilli sauce.  Not just delicious but also healthy and invigorating. 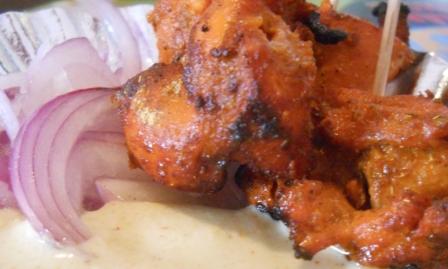 After an appetite reviving walk through the beautiful Lodi Gardens we stopped at Khan Cha Cha’s in Khan Market (thank you Tanya for the recommendation) and had barbecued lamb kakori and chiken tikka. This was our first meat in India and well worth the wait. Beautifully succulent with a nice little charring and plenty of spice left us wishing we’d ordered more. 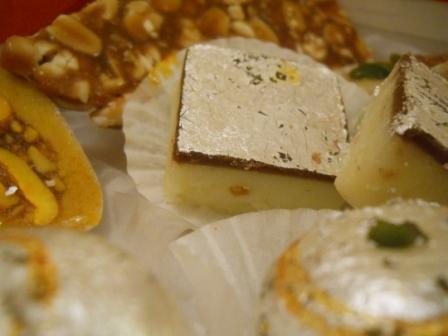 Then to Haldiram’s for sweeties. This is one Delhi institution that we had to stop in on and we weren’t disappointed. The variety of sweets and petits fours is incredible and we picked out a selection of little nuggets of temptation to have with tea back at the hotel.

Another good day, finishing with the overnight train to Jodhpur  – this week some of the trains have been delayed by 8 hours due to fog so we’re hoping we won’t be too much past our 7.30am arrival time for the next stage of the tour in Rajasthan. Keep your fingers crossed for us!