Getting my Head around Spices

I really adore spices; you’d realise this if you could see our larder which is full of jars, boxes and plastic tubs not all of which are strictly necessary even if we are a cooking school.  Lately however, I’ve been wondering about spices even more than normal.  Nerdy I know but at least it’s an innocent pastime. 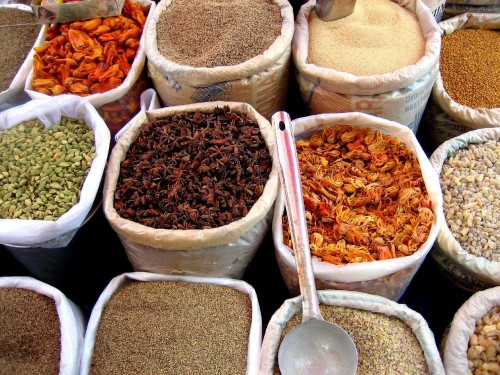 The history of spice is fascinating, littered with riches made and lost, double crosses and greed.  And when I say greed I don’t me the gluttonous sort but rather the acquisitive, money grabbing sort. Did you know that in the 17th century the Dutch eradicated the cultivation of cloves in all except two islands in Indonesia in order to control the supply and force up the price. Indonesia, or the Indies, were where Christopher Columbus was heading when he famously became the navigator who didn’t really discover America.  Deeds on that scale of audacity only come when huge amounts of money are at stake and we can hardly credit it now when spices are plentiful and relatively cheap.

Whilst reading about spices I came across these fascinating statistics (sounds oxymoronic, doesn’t it). On average everyone on the planet consumes 1kg of spices each in a year. In India (the reason I’ve been thinking about spice so much) the average consumption is predictably higher than average at 2.5 kg/person/year. That’s a heck of big jar of curry powder. In the UK on the other hand we consume a modest .6kg. I expect half of that is pepper which we (and I’m as guilty as the next Brit) use indiscriminately. Having said that we quite like spice in both sweet and savoury food so you’d expect us to be quite high up the league table. But we’re hammered by the Dutch who get through 1.4kg’s each, even more than Moroccans (who’d have thought it).  I never thought of Dutch food as particularly spicy but I suppose their colonial history has left a big impression on their food. Of course they do chuck a lot of cumin in their cheese so perhaps that explains it.

Further down the list are the French at about .35kg and that makes sense because we’d never think of French cooking as spicy, unless we count garlic as a spice. At the bottom of the list, just lying in wait to confirm everything I’ve ever thought about their cooking, come the Italians, a mere .1kg per person. It says a lot about both the style of cooking; good ingredients treated wonderfully simply; and the Italian attitude to recipe adaptation; ‘if nonna didn’t use spices then I’m not going to either’.

But how jaw dropping that two of the most respected cuisines in the world, and two of my personal favourites, can be so vastly different in their use of spice.  I mean 25 to 1, that’s huge.

With all that in mind I decided to try something which in Italy would have me escorted to the nearest airport. I bought a beautiful rib of beef from our lovely local butchers and set about spicing it up. Even the butchers were a little taken aback when I said I was going to rub it an Indian spice mix but I think they thought I was going to turn it into a beef madras. 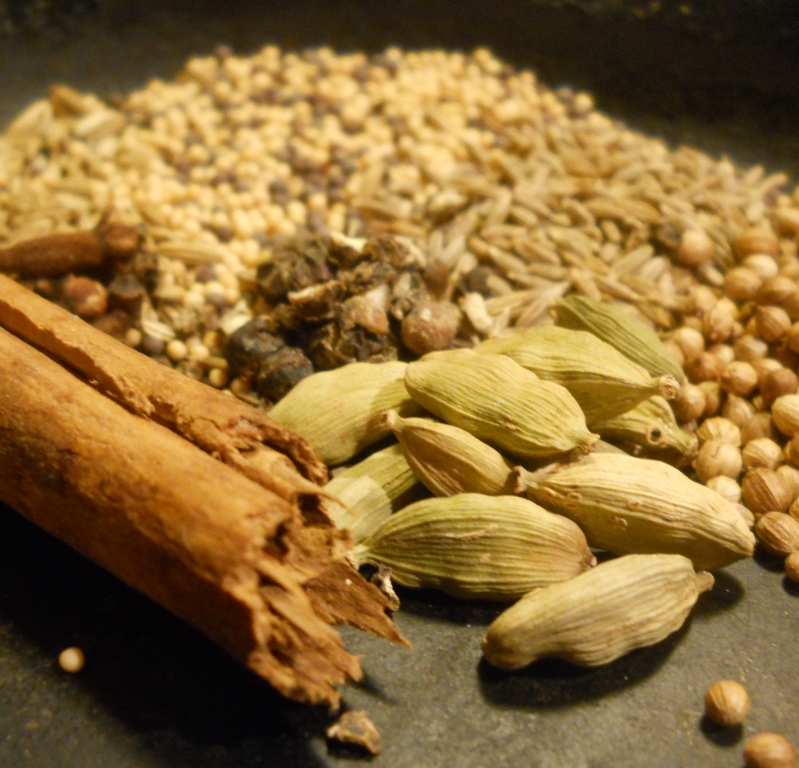 Spice Mix – Can you name them all?

I took this little mix of spices: coriander, black pepper, cumin, cardamom, cinnamon, mustard seed, fennel and cloves.  I lightly toasted them all and ground them before rubbing them all over the beef rib and leaving for 4 hours.

When ready I seared the beef in a blistering hot pan to get some char on it then into a very hot oven for about 15 minutes. That kept the center close to blue.  Obviously this is nothing like any Indian dish I have ever come across (so they might deport me as well).  For a start they rarely use ovens in traditional cooking although it’s not unlike cooking spiced meats quickly in a tandoor.

The end result was a piece of meat which had the succulence of well farmed and well hung beef with a crust of spicy complexity.  It was delicious.  And before you denounce it as sacrilege ask yourself if you’d be saying the same thing if it was served with palate blistering english mustard, over-powering horseradish, mind-blowing Chimu-churri or a peppercorn sauce. 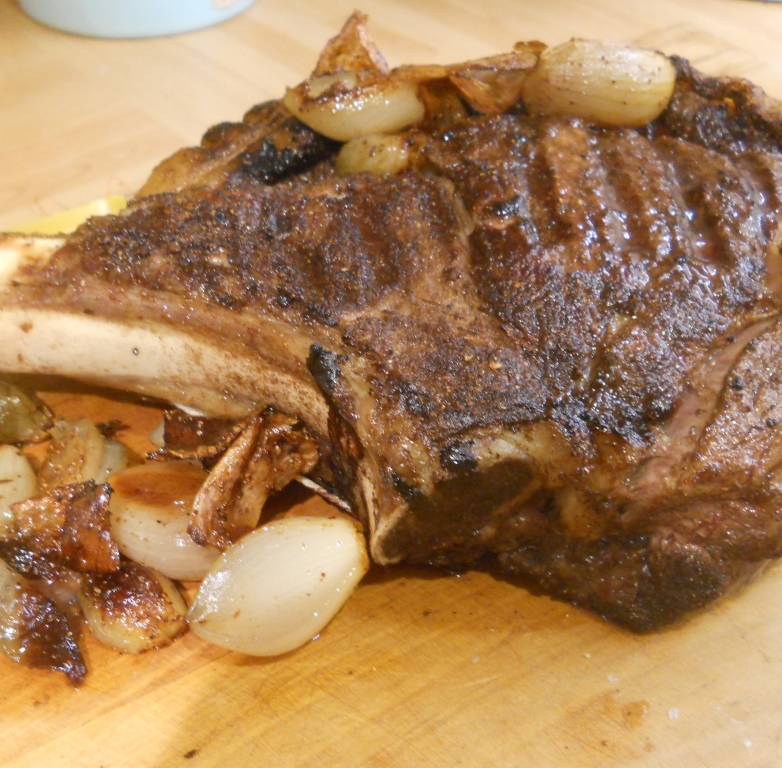