High Tea In The Western Ghats

We only had a couple of days in Kochi which was a shame because it was really starting to grow on me.  At first I hated that it was full of western tourists.  Up until then we’d pretty much avoided any huge density of people like us; which is how I like it; so I got the hump a bit when all I heard were British voices.  However, Fort Cochin, the oldest part of the city and the bit we stayed in, is dripping with history and still a busy place for spice trading.  Among other things we saw heaps of colonial architecture and the biggest pile of drying ginger I’ve ever seen; there was like a tennis court of it. 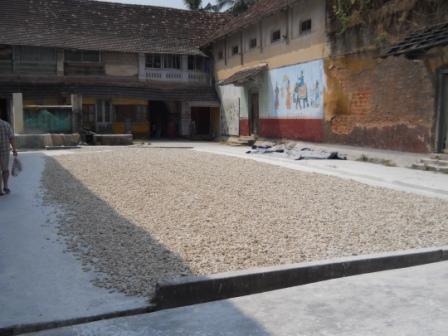 The food in Kerala so far has been a curate’s egg.  The ingenious ways which have been devised for using rice flour are amazing and I can’t wait start trying my own dosa, appam, imli and uttapam. One of the best meals I’ve had in the whole trip has been a marsala dosa at a simple roadside café; crisp, slightly chewy and served with tart tamarind and a potato, green chilli and turmeric mixture. I think it cost 60 rupees.

On the other hand the fish, which we were really looking forward to, has been a disappointment.  I accept that it may be a matter of taste and culture, but there seems to be no fish which Indians will not cook until it’s the consistency of Ghandi’s flip-flip.  Any hint of residual moisture is to be expunged.  I don’t think I’ve ever had to chew fish before but here a bit of pre-swallow mastication is required in order to get it down. It’s not all been terrible but definitely enough to make me think twice before ordering fish for fear of another piece of biltong arriving.  Of course, the nets they use to catch them here are really cool … 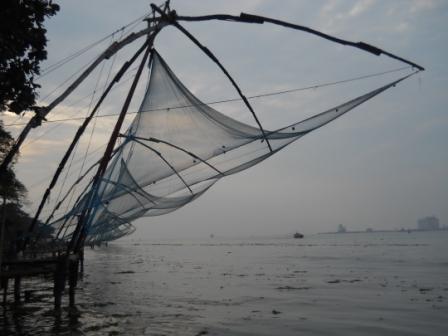 We’ve now moved on from Kochi and headed inland and up into the hills dividing Kerala and Tamil Nadu, the Western Ghats. We have based ourselves in Munnar, a town with little at all to recommend it apart from the fact that it is surrounded by spice plantations and tea estates.

Yesterday we explored a cardamom plantation – imagine the smell walking around that place; and we’ve also seen pepper, cloves, nutmegs, cinnamon, tamarind and allspice all growing here. But the real highlight came today when we visited the Kolukkumalai tea estate, high in the mountains and with the world’s highest grown tea at about 8000ft.

Almost everything about this place was stunning; the clarity of the air, the pickers working their way between the bushes in exactly the same manner they have for 100 years (the age of many of the tea plants), the way the tea plants hug the contours of the hills and the patterns made by the pathways between them. Even the 80 year old processing factory had charm and simplicity. The only real downside was the three hours in a jeep with duff suspension on a donkey track; at one point I got out and walked for half and hour to give my joints a break.  And I’m glad I did because a walk amongst the tea plants at 7,000 feet is really not to be missed. 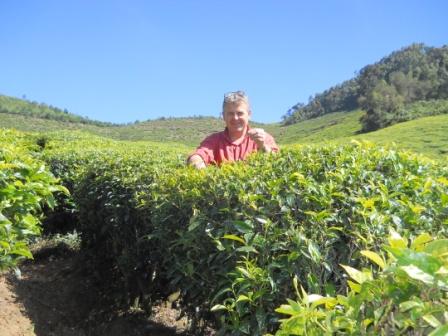 In amongst the tea 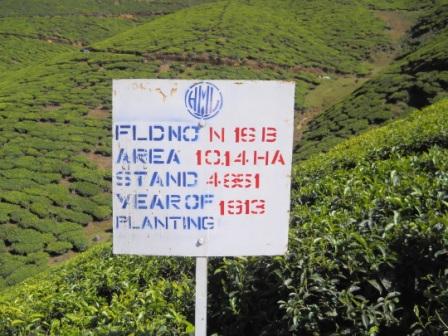 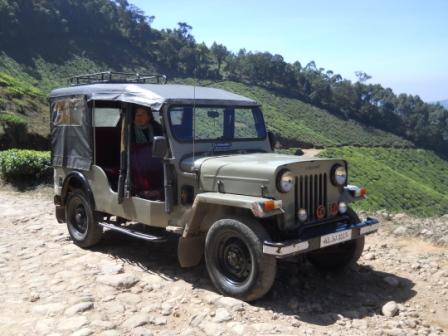 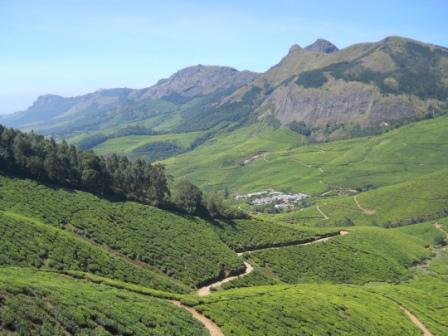 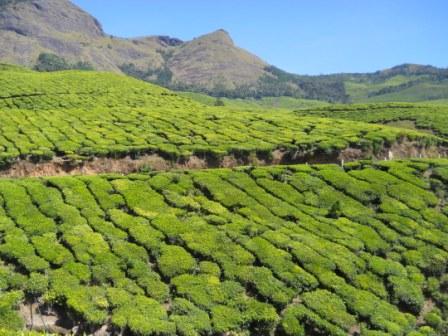 We learnt all about the processing  – from green leaf to dried tea. The machines for the plant all came from a company in Gainsborough and I can only imagine the journey they made 80 years ago. Much like the coffee machines we saw at Ravi’s in Kochi, they seem inherently straightforward and are still going strong in this stunning part of India.  A visit we hopefully won’t forget next time we’re brewing up.