Migas is one of those things we’d vaguely heard of but had never really been sure what it was, and of course it means different things to different people.  ‘Migas’ translates as ‘crumbs’ and in some areas stale bread is used to make it.  But in the Alpujarras it’s a cross between couscous and polenta. Under strict instruction from Conchie and Soly at Las Chimeneas, we gently fried some garlic in a lot of olive oil and then added a little semolina to toast in it. Then a vat load of water and when boiling, loads more semolina and some salt. Women after my own heart, no measuring, no recipes; just a feeling for what was right with experience built up over decades of cooking.

Those of you remembering semolina and raspberry jam from 1970s school dinners will now be shuddering.  However after 10 minutes of careful stirring (by David who couldn’t resist getting involved), the water had all been absorbed and the grains were light and fluffy.  Conchie declared herself satisfied with the finished article and the additional ingredients came out. 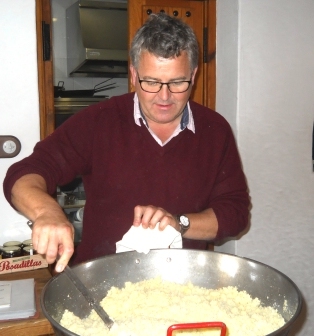 Plates of lightly fried sundried tomatoes and peppers, crispy with more olive oil and salty from the dehydration process; whitebait from the morning fish van lightly fried; homemade chorizo sliced and fried; then fresh pomegranate seeds and grapes to cut through the richness – a complete sweet and savoury mixture, delicious and probably sounding heavy but surprisingly light despite all the frying and starch.  In Mairena this is a winter dish used to sustain workers harvesting olives and such like, but it also turns up as a light tapas. 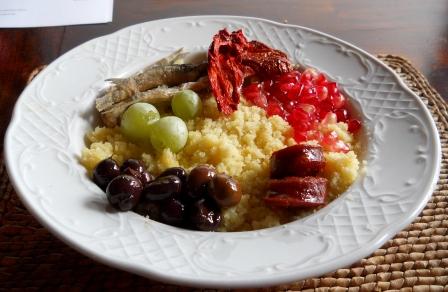 Another lesson learnt today is the vast quantity of olive oil consumed – around about 60 litres of olive oil per person per year, probably more. Every family owns its own olive trees and the harvest of the black olives during the winter months heads straight to the village olive mill for pressing. Everyone’s olives go in together and the oil is then divvied up amongst the villagers. This creates a self-regulating quality to the olives being added to the mix – any dodgy ones will reduce the quality of the finished oil and your name will be mud until the next harvest when you can try to redeem your reputation.

The mill is small by most standards and only works for 3 months of the year.  It brought to mind the tea factory machines we’d seen in Kerala. Sturdy and built to last, the mill’s machinery was over 50 when it was bought secondhand to the village 50 years ago. 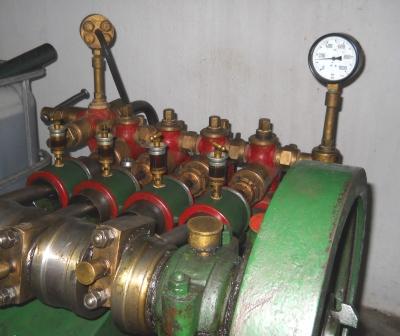 Life in the village seems to be a constant source of jobs needing to be done depending on the time of year and after Christmas, olive harvesting takes over. The villagers head out to the fields and harvest the olives, bringing them in daily to the mill. Harvesting is done with sticks to hit the branches which drop their fruit into the nets below – long hours and physically demanding but a social activity bringing the whole village together to create the golden oil that oils the wheels of village life for the rest of the year. 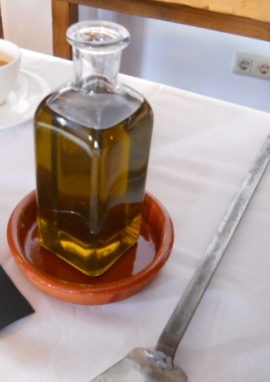