Making the most of the retained heat in your woodfired oven

Many people on our woodfired courses have said how much they want to make better use of the retained heat in their woodfired oven after a pizza session or a roast lunch. Often their early attempts have resulted in a pan of either uncooked ingredients or burnt offerings as the slow cooked dishes they have planned have gone in too soon or  the oven doesn’t hold as much heat as they thought.

In the current climate of climbing electricity prices, it makes a lot of sense to use all the heat in your oven, cooking dishes for the week ahead or to fill your freezer. 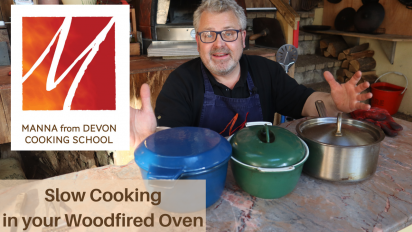 As with most things in woodfired cooking, there are no right or wrong answers and it depends on many variables such as –

Have a look at our video on slow cooking in the woodfired oven to get you started.

Here are a few things we’ve found from using the heat in our Bushman Santorini.

You Oven is a Battery

The thermal mass of an oven absorbs energy pretty quickly as the fire burns inside. A well built, well insulated oven stores that energy and releases it as heat relatively slowly. If you have been cooking with a fire burning then the oven will be charged with energy in the same way that your phone is charged when it’s plugged in.

When you cook in the oven using just the retained heat you draw that energy back out just as you do when running applications on your phone. Ask it to do one small task and it will have plenty of oomph for a long time, but expect it to run multiple applications at once and it will run out of juice more quickly. The trick is to learn how much energy your oven holds and how many tasks it will complete before it needs a recharge. Then you can plan what to cook and be confident that your oven is up to the job.

Conversely, if you have a fully charged oven banging out lots of heat it may frazzle one or two small dishes. All ovens are not equal so knowing how much energy the oven has in it, and when to stick your beautifully prepared dishes in, requires some trial and error and a bit of practice.

If you’ve had a fire burning in the oven for several hours then your oven may well be saturated with heat. In this case the thermal mass of the oven will be at around 400C. Close the door at this point and the cooking temperature in the oven (the air temperature) will settle at aroung 275C.  This temperature is way too hot for most slow dishes, so don’t put a shoulder of pork in and go to bed; you’ll come back to a blackened nugget of pork in the morning. You’ll either have to wait for the oven to cool or have several dishes ready to cook and put them all in the oven at once. By the time a number of dishes have come up to temperature the oven will have cooled and lost a lot of energy. We once put 8 separate pots of slow cooking recipes into the fully heated Bushman Santorini (60cm internal diameter) and they all cooked perfectly without burning; any one of them on their own would definitely have been ruined.

If you have a modern metal oven like our Alfa 4 Pizze, it won’t have as much thermal mass as a refractory oven but with a good bed of embers and a little feeding, we have heat for 2-3 hours so enough to cook 2-3 dishes, depending on the size.

Longer is Not Always Better …

We love the idea of leaving things in the oven to cook as we sleep but not all dishes benefit from very long cooking. Beans turn to mush. Some meats can become dry if not very carefull cooked. Some meat (e.g. chicken) disintegrates when braised for too long. On the other hand beef shin, oxtails, etc can be safely left for hours and hours. Understand each dish and think through what will happen through several hours of slow cooking.

Plan what you are going to cook

This is not just chopping a few things up and thinking this is going to be awesome with some mash later. Here’s a check list of things to think about before you start –

So what are you going to cook –

There are endless recipes for slow cooking but a couple of hours spent putting together some of the following will warm your cockles, literally and metaphorically especially once you realise how little fuel you’ve used (about £5 of kiln dried wood will saturate our Sanorinini with heat, since you asked). The meat in slow cooked dishes is the hard working stuff from the animal’s shoulders and front legs and neck – traditionally cheaper cuts but those pesky chefs have got hold of some of them and they aren’t as cheap as they once were. The good thing is these dishes will also reheat easily in your regular kitchen, or your woodfired oven. I’m starting to salivate listing the dishes just remembering how delicious they were!

And with the very last of the heat

We hope that gives you some pointers and ideas – do let us know how you get on and any other suggestions you have for using the retained heat in your oven.

PS if you want to learn more about woodfired cooking you can do so with us here at the cooking school, at our bases in Suffolk and Edinburgh and via our online courses. More via the website on the link below 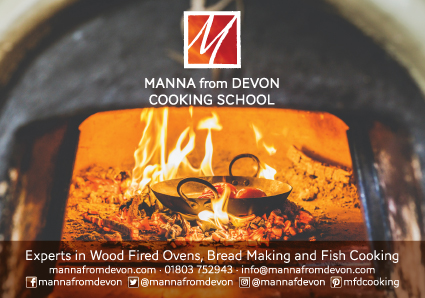