Olive oil – one of those ingredients that is constantly there, for cooking, dressing salads and veggies, baking and dipping with some great bread and maybe a little lightly toasted, fragrantly spiced dukkah.
We hadn’t ever really considered its production before but when offered the chance to take part in an olive harvest, we jumped at the chance. So last week saw us in a Spanish finca in the village of Mairena high in the Alpujarran mountains of Andalucia ready to harvest a few olive trees. 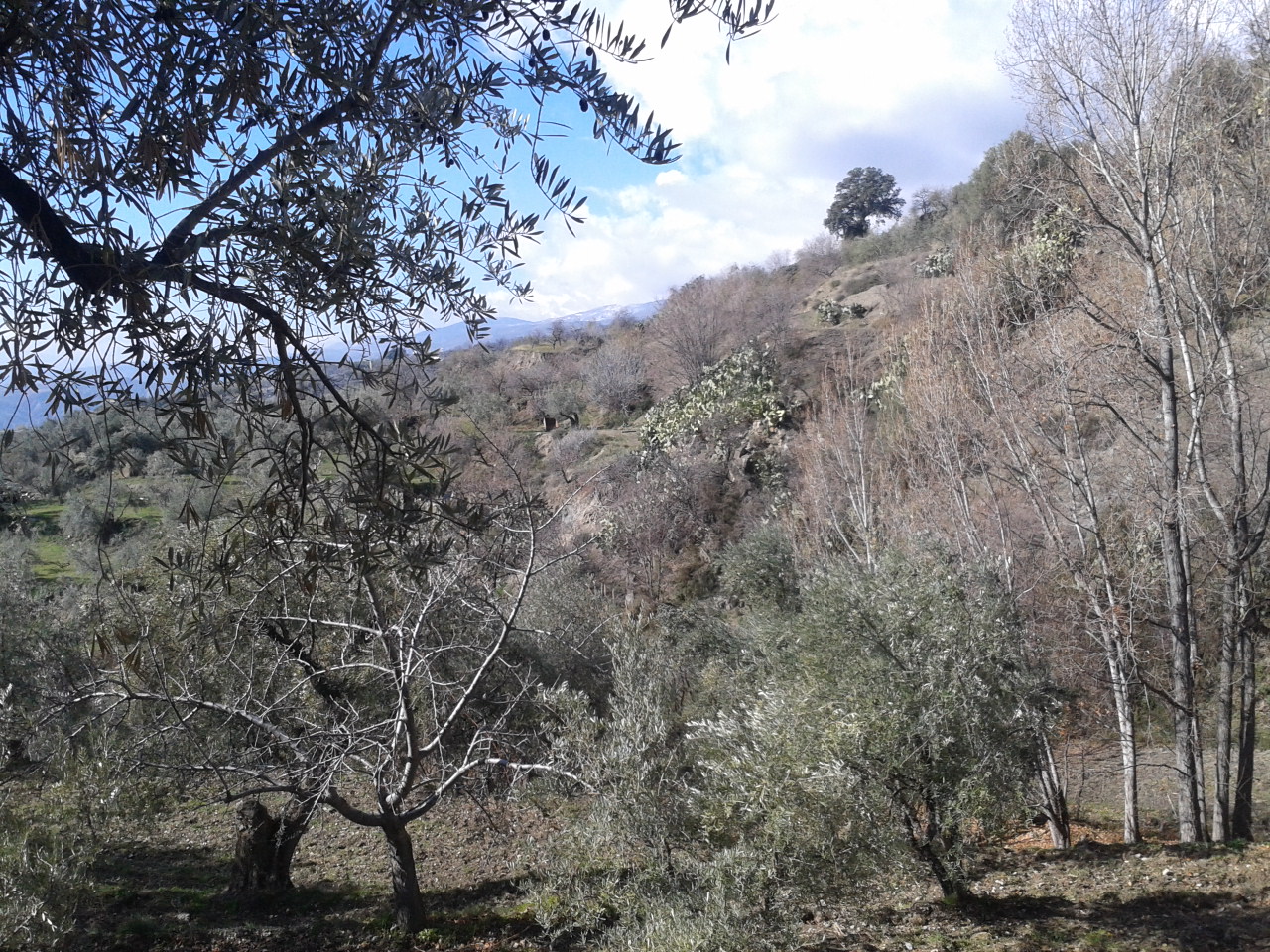 You would think that after a few hundred years of harvesting olives and milling them into oil, this would be a highly processed affair – but no. Seemingly all the equipment needed are a few large nets to spread under the trees to catch the olives and a stout stick to whack the trees and encourage the olives into the nets. After a bit of aimless thwacking, we developed a technique something between a squash backhand, a tennis overhead and some carpet bashing. This seemed fairly effective and soon what seemed like thousands of olives were falling into the nets. If you were unlucky enough to be staring into the January sun through the branches of the trees whilst thwacking, you’d soon be hit on the head, nose or in the eyes with black olives; painful at speed.
The next step was to bundle up all these olives and get them in a sack. Only then did our huge harvest show its true self and what had seemed like thousands of olives were in fact just a few hundred. Back to the nets and sticks then. This seemingly mindless occupation proved in fact fairly satisfying especially with a team of 6 of us; and just before the crucial hour of lunch we had collected 8 sacks of the shiny black olives from a small grove of 12 trees.
After lunch in the sun, the next job was to riddle the olives of any leaves and sticks which reduced the harvest to a mere 6 sacks. Nonetheless we were pretty made up with the result and headed off to the mill to add them to the village haul and this year’s oil pressing. 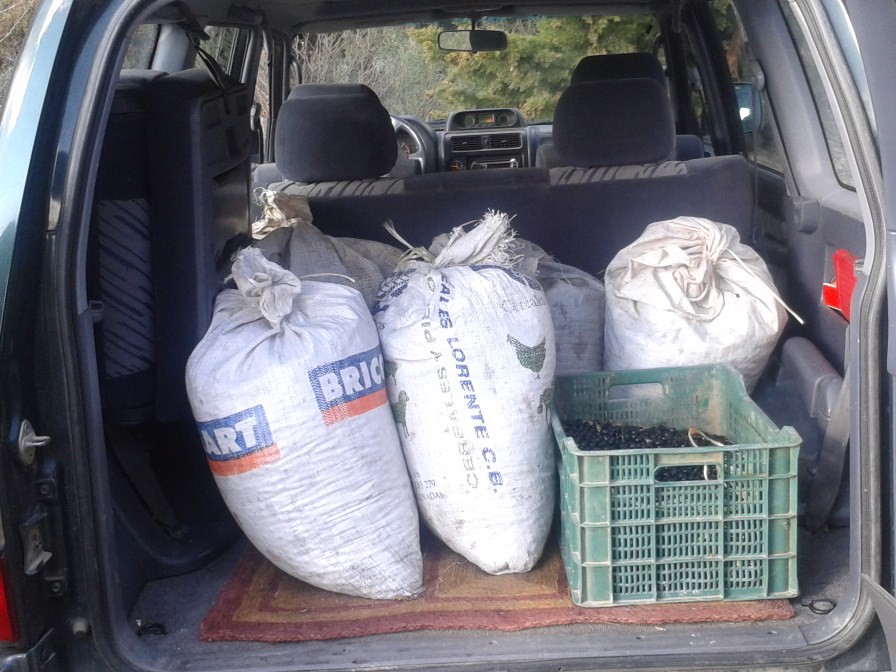 Harvested bags of olives heading for the mill

Modern electronics have reached some parts of Alpujarran agriculture, in evidence at the mill in the form of an accurate electronic scales so not just the miller and the farmer could see the resulting weight but also any villagers checking out what was being brought in by their neighbours. Our olives were poured into the hopper before being hauled into the scales and after weighing, were taken by a Generation Game style conveyor belt into the mill. 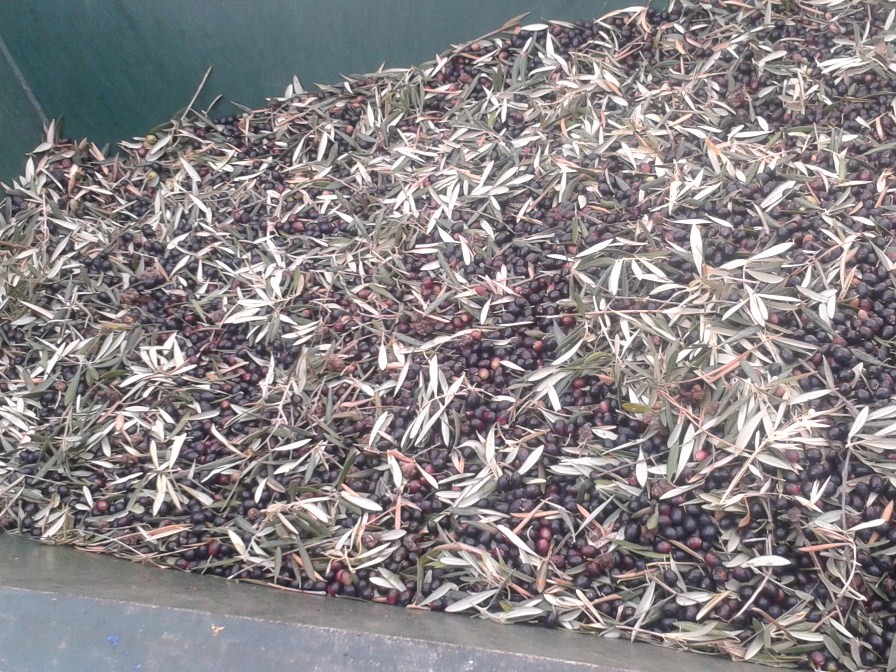 148kg was our final total and pretty pleased we all felt until the next farmers totted up a resounding 547kg which they seemed fairly unimpressed by. Obviously more work needed on the olive stick technique but with another 100 trees to harvest, there’s room for improvement.
The current price for a kilo of olives is 60 cents so not a whole lot you’ll agree. However most of the villagers take payment in oil which they use throughout the year until the next harvest. For each kilo of olives sent into the mill, 200g of delicious top quality extra virgin olive oil is produced. The dry-ish brown mass that is left after pressing through the Heath Robinson style machinery is sent off to another larger oil mill to be mixed with water and repressed several times producing lesser quality, cheaper oil and finally cattle feed and fertiliser. 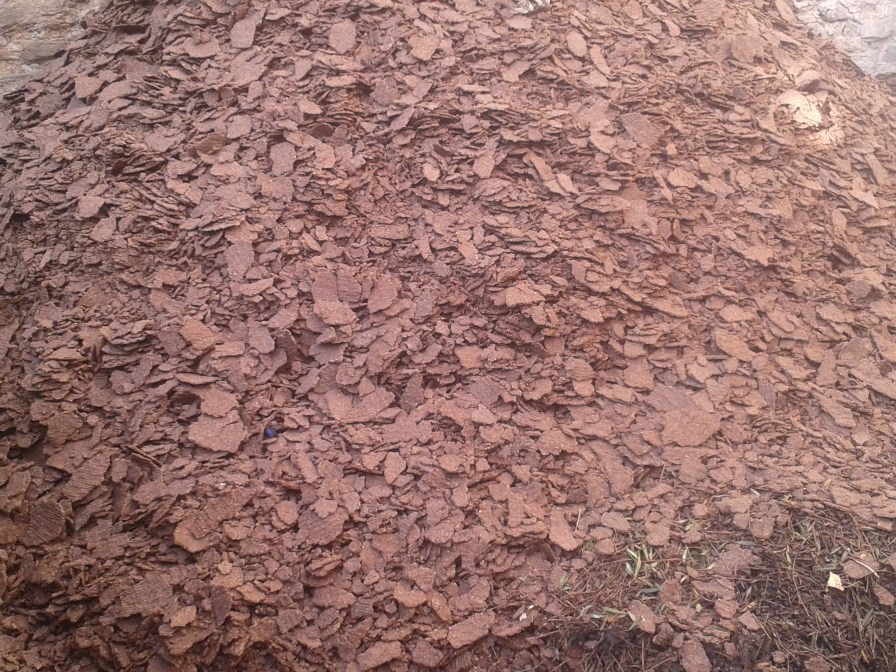 We’re planning on bringing some of Mairena’s olive oil here to use at the cooking school so soon when we’re using some luscious, golden olive oil, it won’t just add to the flavour of the cooking but bring back our few hours of olive harvesting – hard work but definitely worthwhile. 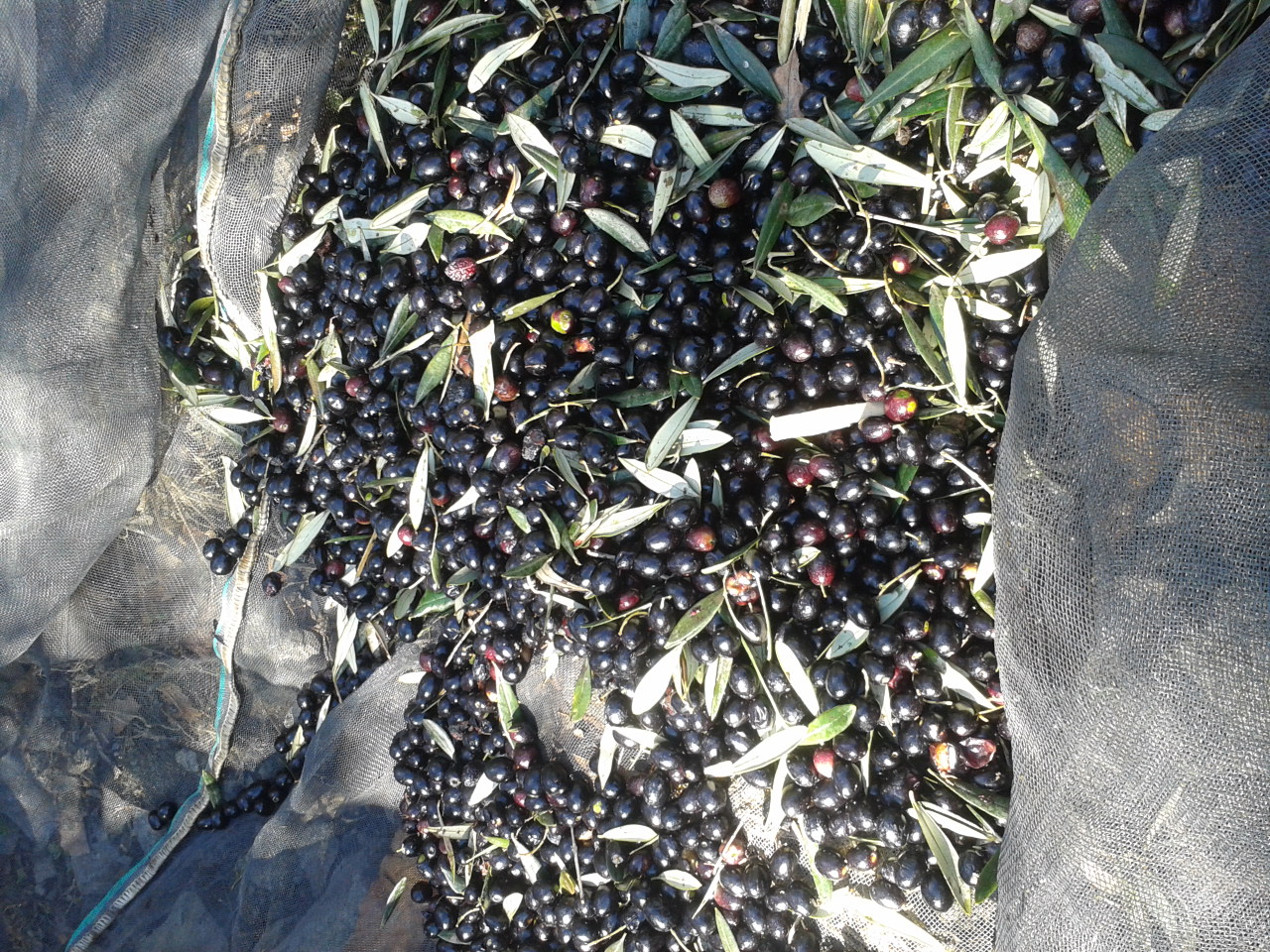