So I’ve tiptoed around it a little bit on the blog, but I haven’t actually told any of you where I’m from.  You know I’m American, and you know from yesterday’s post that I come from somewhere that believes faithfully in the Book of BBQ, but you don’t know where.  It’s high time I came clean.  I’m from Kansas, that state right in the middle that most people associate with The Wizard of Oz.  Kansas is relatively well known for doing at least a handful of other things really well, and I’m proud to say that one of them is steak.

Tonight, Holly and David threw one of their monthly pop-up suppers, and I was completely overjoyed when I found out that the theme was none other than Steak Night!  Holly picked up five beautiful steaks, dry aged 28 days, cut in Bistecca Fiorentina style, which is a Tuscan-style cut that is essentially a very thick T-bone, about 5 centimeters thick.  David grilled them in the wood-fired oven until they had a beautiful, smoky crunch on the outside, but were still rare and tender inside.  As a Kansas girl, that’s exactly how I like to eat my steak. 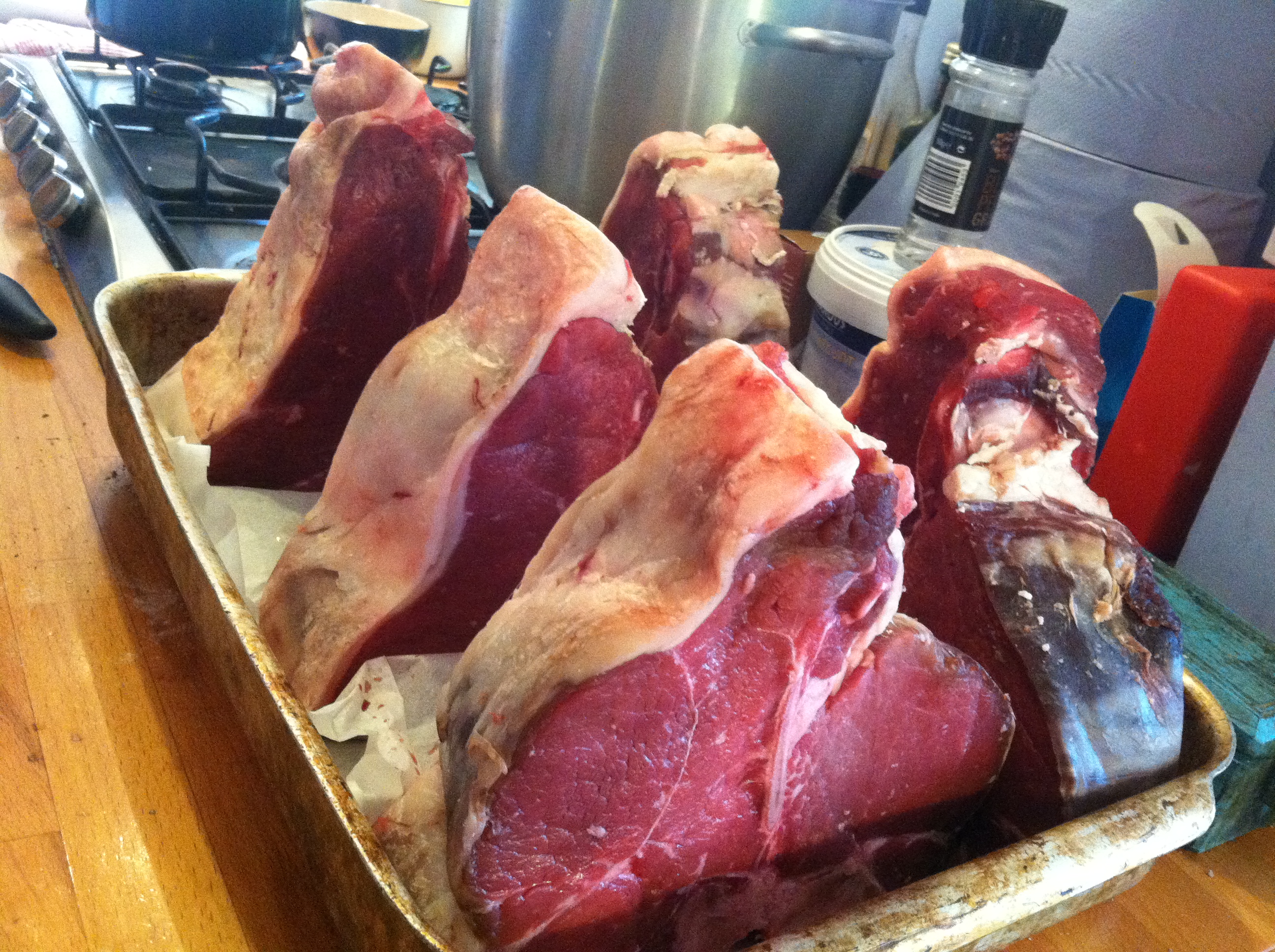 Bistecca Fiorentina, ready for the grill. 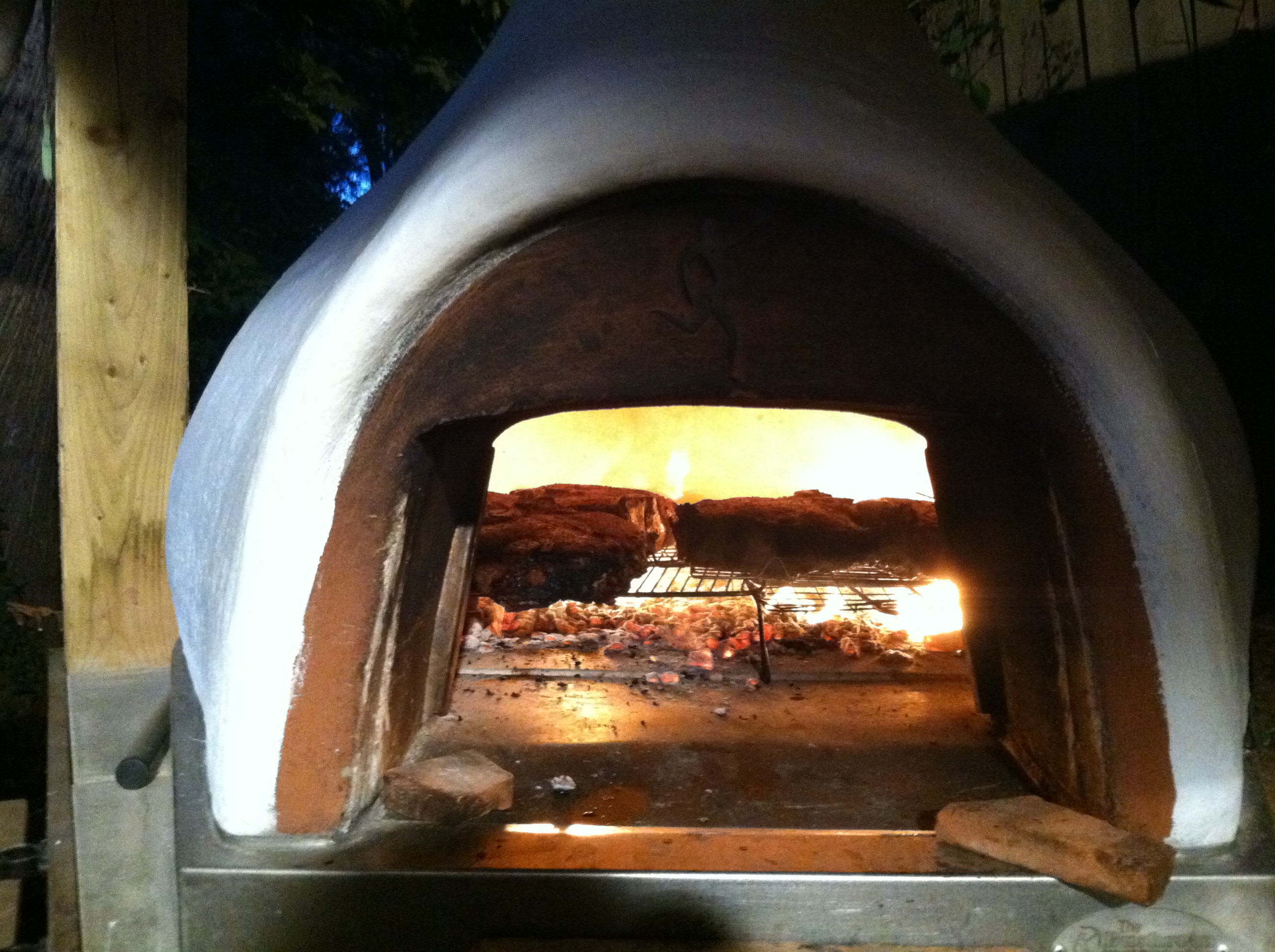 We served the steak to our 18 guests with three different sauces: bearnaise, chimichurri, and barbecue (the latter two having been sourced from our Spicy Sauces class the day before).  It was amazing to compare the different sauces side by side, to see how each played up different facets of the meat, and to take a sort of trip around the world in three bites, from France to Argentina to the USA.  The steak, combined with homemade bread, simple salad, potatoes, beans and broccoli, as well as meringues made by Holly and served with apple-juice poached apricots and cream, made up a menu that not even the most jaded of Midwesterners could argue with.  This was real comfort food, and it was done right.

But that’s not all!  All of this talk of pop-up suppers leads me to the most exciting news that I’ve received all week: James Ramsden is coming to the Dartmouth Food Festival!  For those of you who don’t know him, James is the chef behind The Secret Larder, one of London’s top pop-up restaurants, and he also writes regularly for The Guardian, among other publications.  He is a really talented writer, and I’m very excited to announce that he’ll be coming to speak as part of the Eat Your Words food writers’ conversation series!  As part of this chat, he’ll be sharing his insights into the ways that the restaurant and publishing industries are changing: brick-and-mortar restaurants are giving way to food trucks and pop-ups, and traditional print journalism is giving way to e-books, online publications and blogging.  Things are changing, and James is very much tapped into the why and the how.

So that’s my big news of the week.  I suppose now is the appropriate moment to tempt you all with photos of Bistecca Fiorentina.  This is the kind of meal you can get at your very own local pop-up here at Manna from Devon!

Tables set and ready for guests at the Manna from Devon pop-up supper. 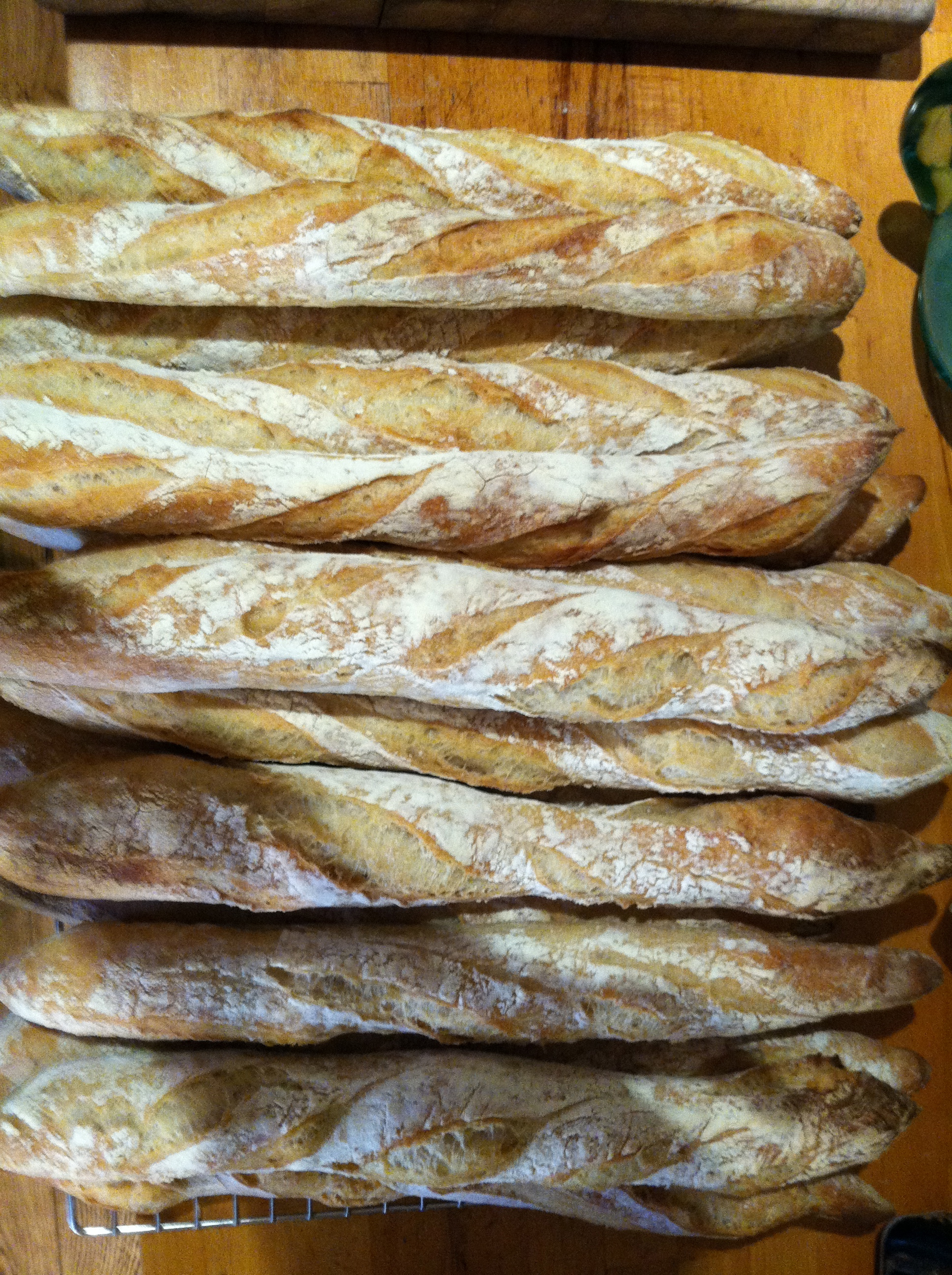 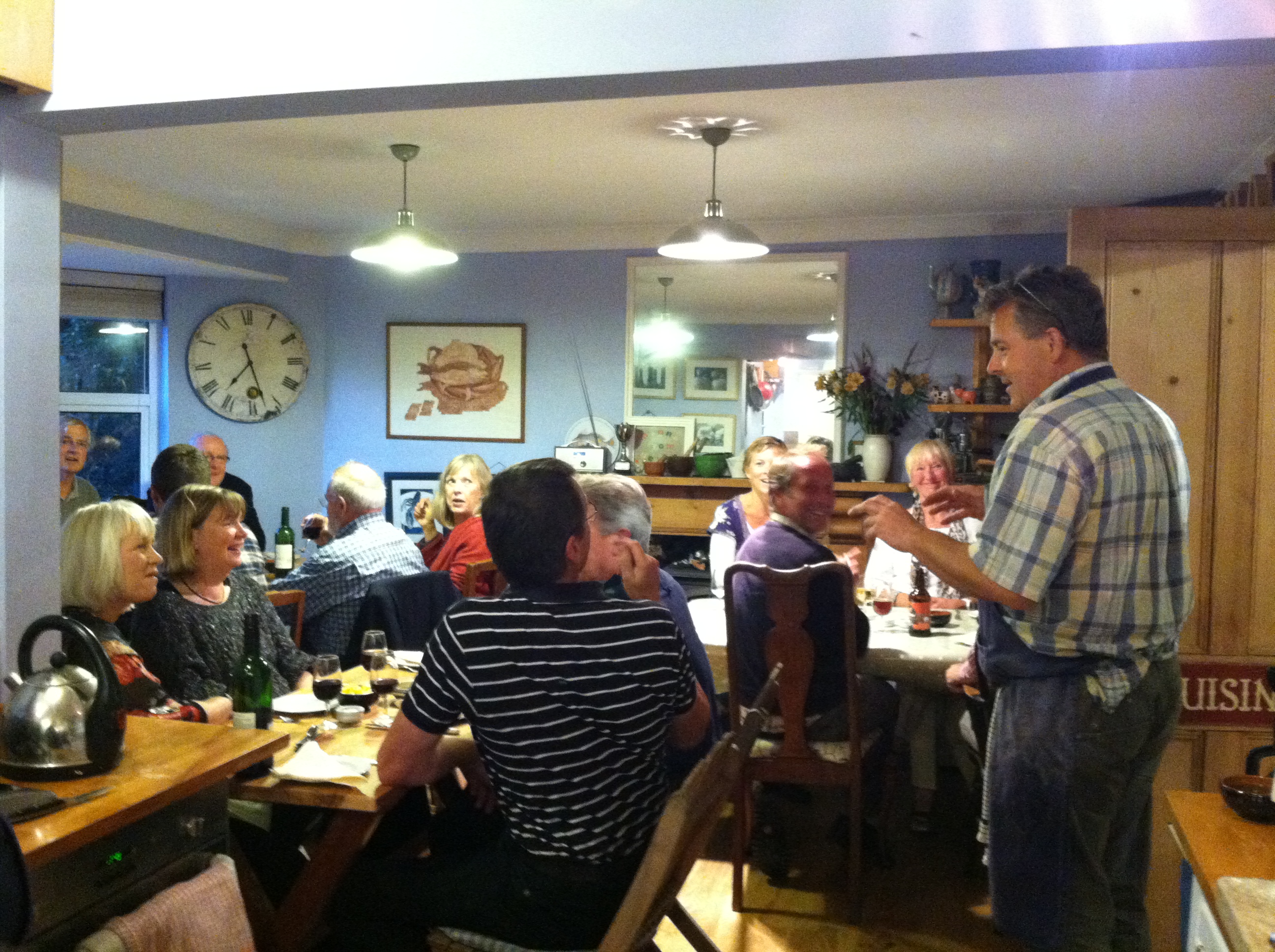 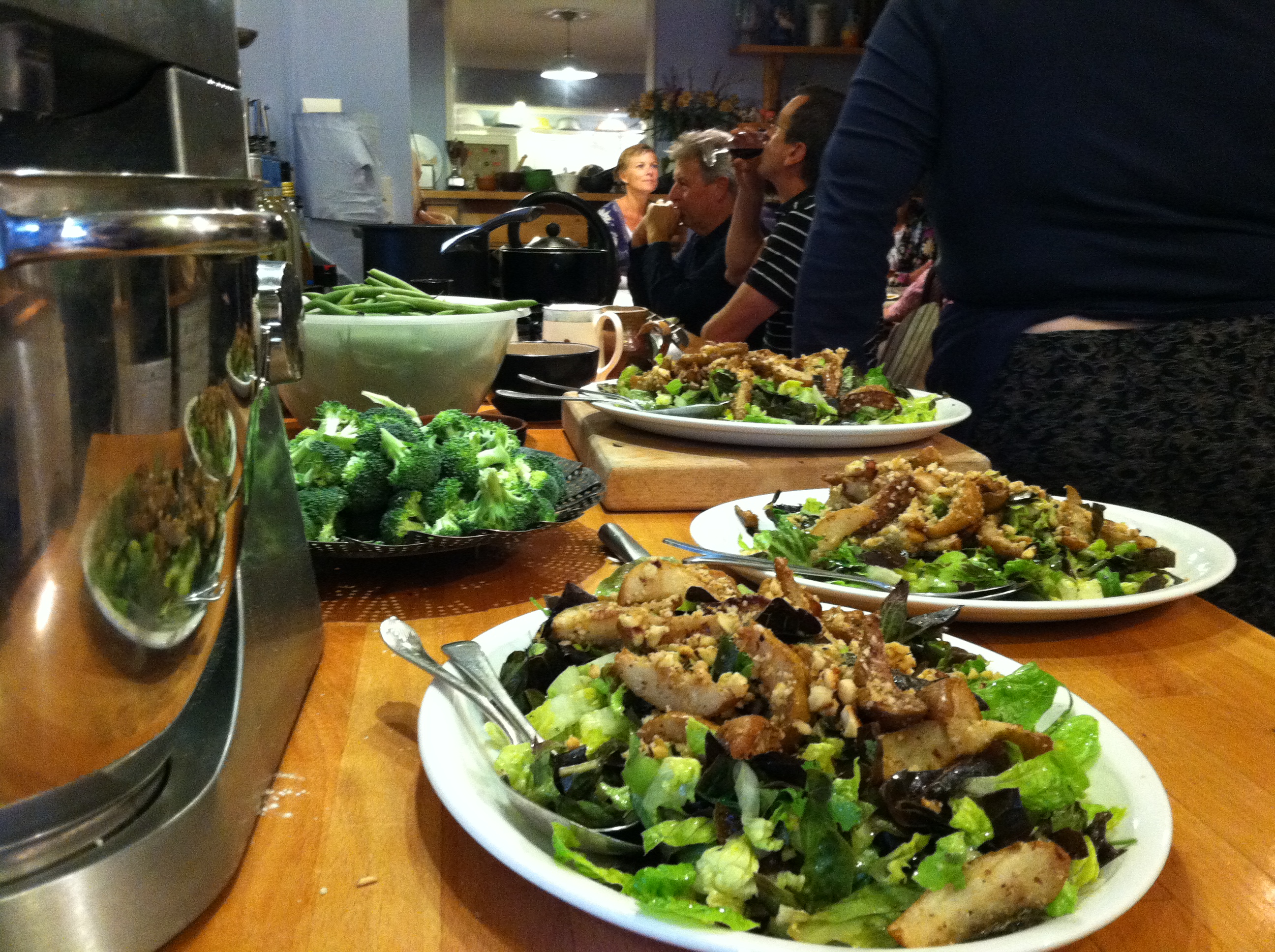 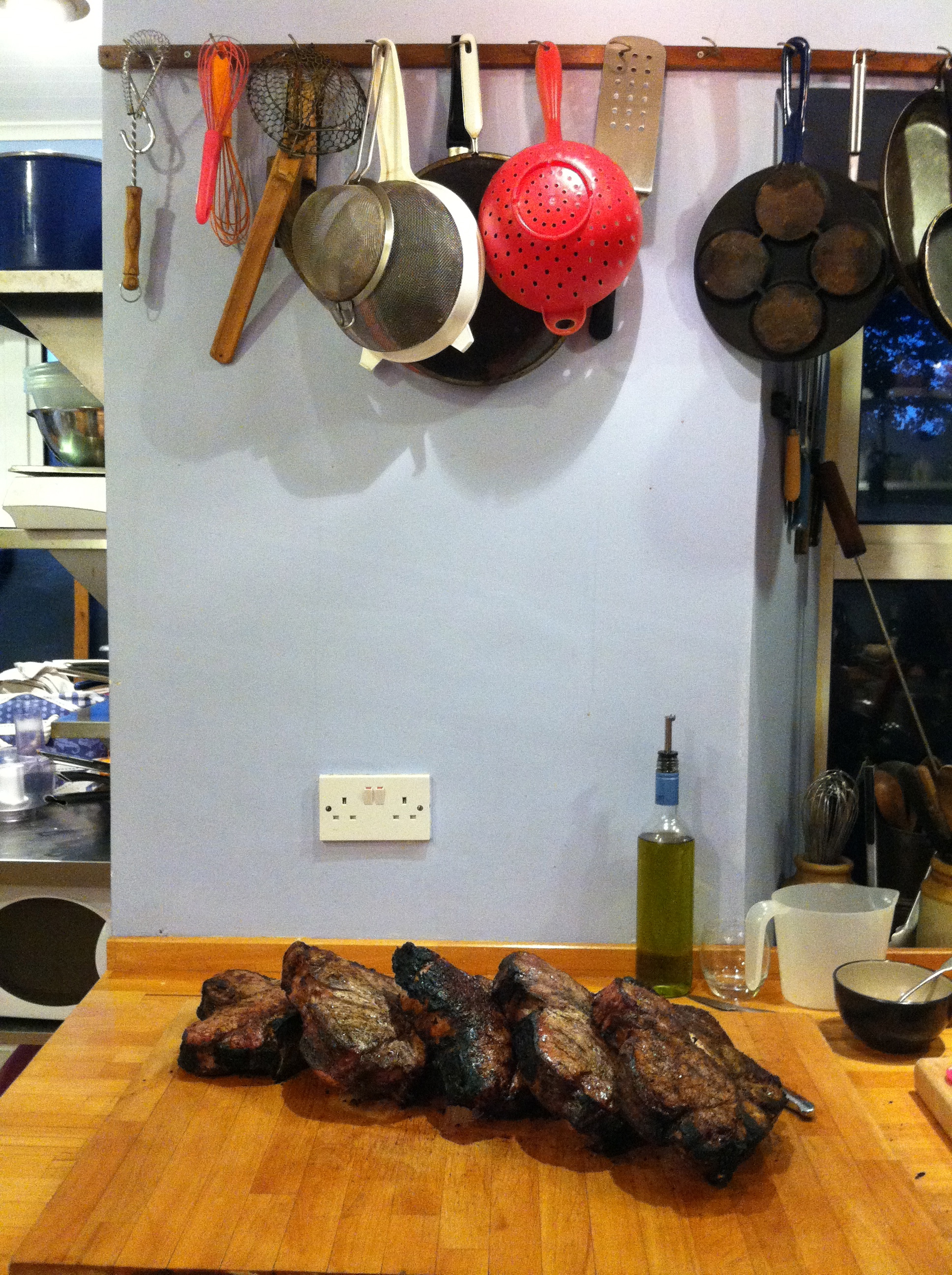 Now that is a massive quantity of meat.