A Lesson in Measures and Math, for Bread Box Day

15 Loaves of Kansas Sunflower Bread requires 5000g flour and 1600g sunflower seeds.  It will take at least 20 minutes to roast those seeds sufficiently (with lots of stirring and shaking in between).

Bread is finished when the internal temperature has reached 95 degrees Celsius. 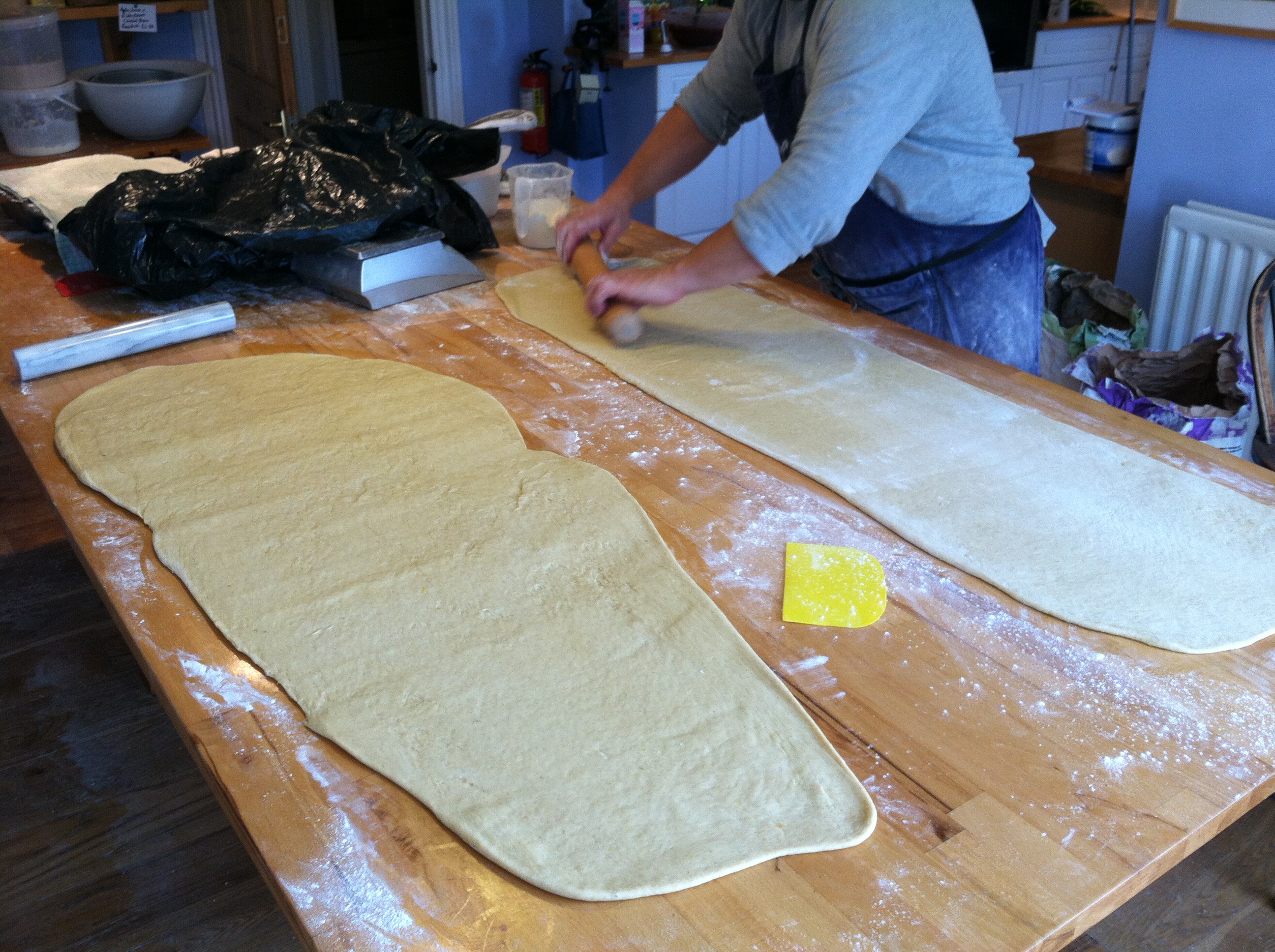 David’s looks better than mine.

In a pinch, you can fit at least 34 korvapuusti in the oven at a time (but it may not be pretty).

When you oversleep by 2.5 hours it is possible to get dressed in less than 15 seconds.

Got it?  Yea, me neither, not yet at least.  But baking for Bread Box Day taught me a lot about how mastering the ratios of basic breads can unlock a whole world of baking.  I always think of baking or cooking as: look at the recipe, collect what you need, and follow it until you get the thing that you want.  But David turned it on its head when he developed the recipe for the Kansas Sunflower Bread: decide what you want to make, figure out how much dough you need to make it, and build the recipe from there.  This, of course, is only possible when you have a good handle on the “mechanics” of how each ingredient interacts with the others to have certain effects on the final product, and when you understand what the ratios of the building blocks should be.  For example, as a general guideline yeast content should equal 1.5% of  flour content.  So when calculating the proportions for the Sunflower bread, once we figured out that we’d need 5 kilos of flour, we also knew we’d need 75g of yeast.  Simple as that!

But the other beauty of understanding the ratios is that you then get a sense of when you can do a bit of experimenting.  One experiment that we tried out for this Bread Box Day?  Damson korvapuusti!  What is korvapuusti?  Good question.  I hadn’t heard of it until last week, when I read Miranda Gardiner’s cookbook from cover to cover.  It is a traditional Finnish bun that is made by rolling up a dough laced heavily with cardamom, with a layer of butter, sugar and cinnamon in the middle.  The name literally translates to “slap on the ear”, presumably because once baked these rolls look a bit like a rugby player’s swollen ear, which is not the most appetizing comparison.  Think of it like a Finnish cinnamon roll.  We decided to give it a little English twist by making a sauce with the rest of the damsons that we picked a couple of weeks ago and rolling that up in the middle as well!  The results were delicious, and a great example of the limitless possibilities that are available if you know the rules.  Because if you know the rules, you can break them.  All you need is a bit of daring and confidence. 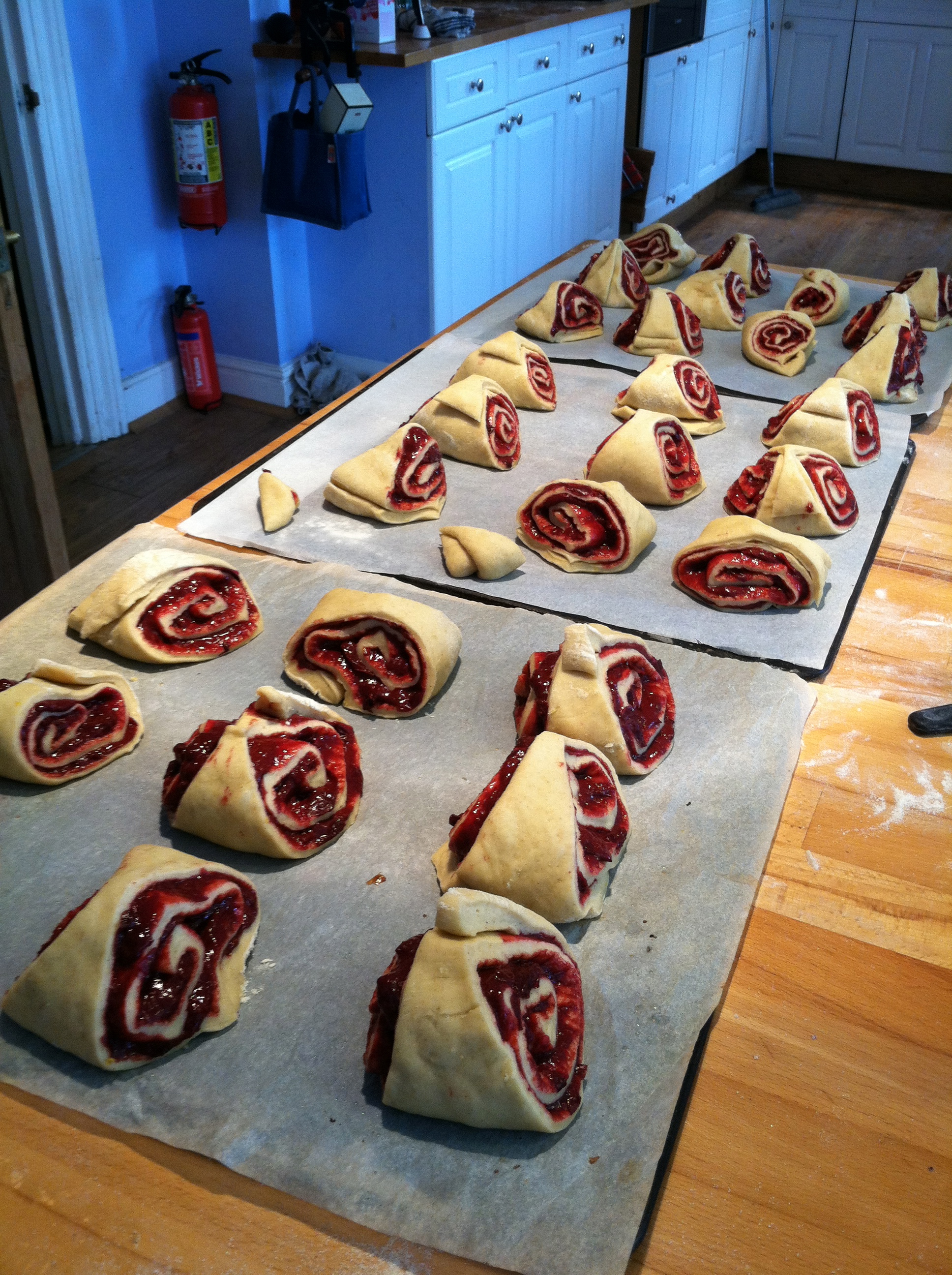 Damson korvapuusti, prooving a bit before going in the oven! 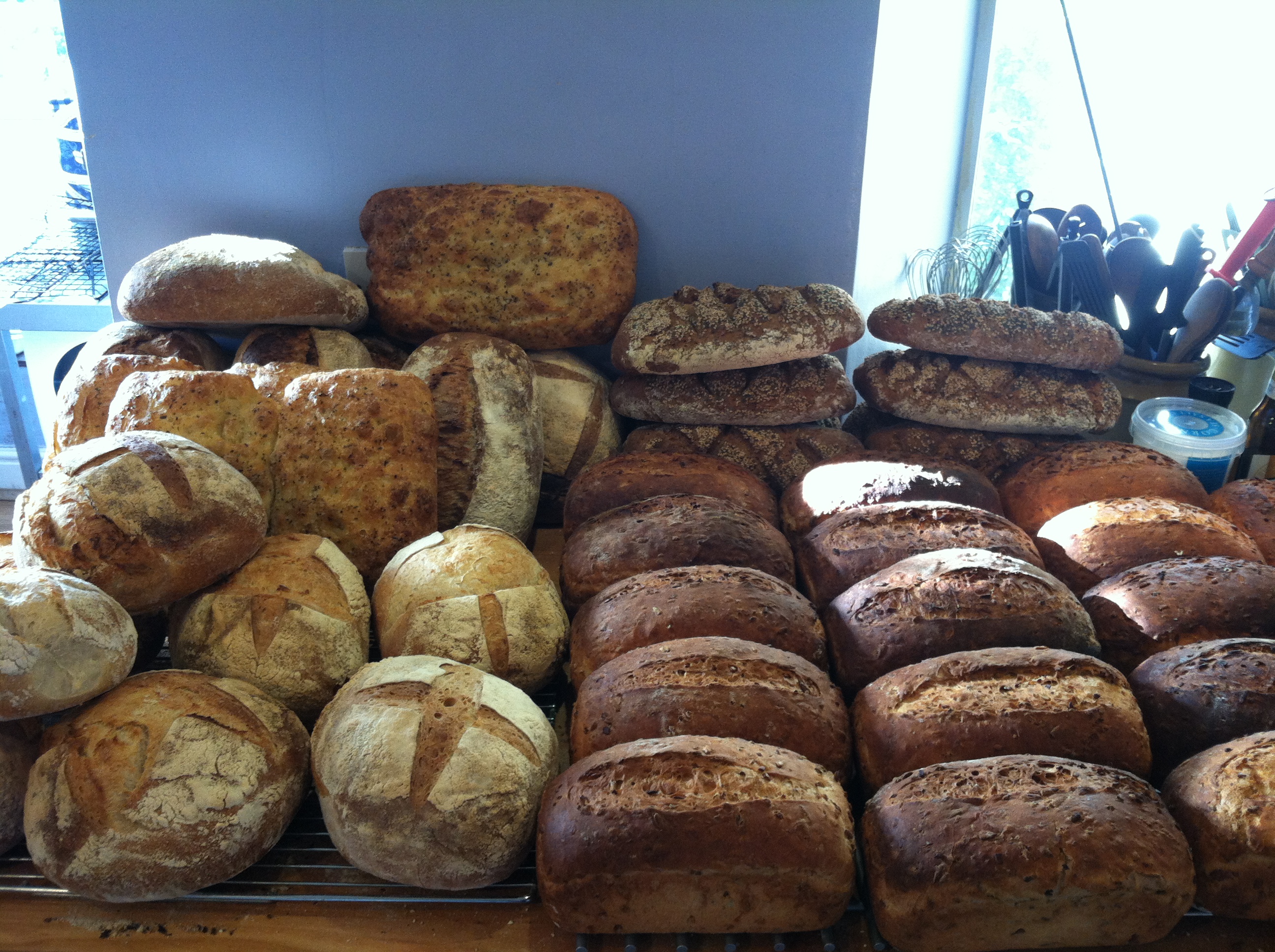 We’re about to make every Village Bread Box lover’s day! 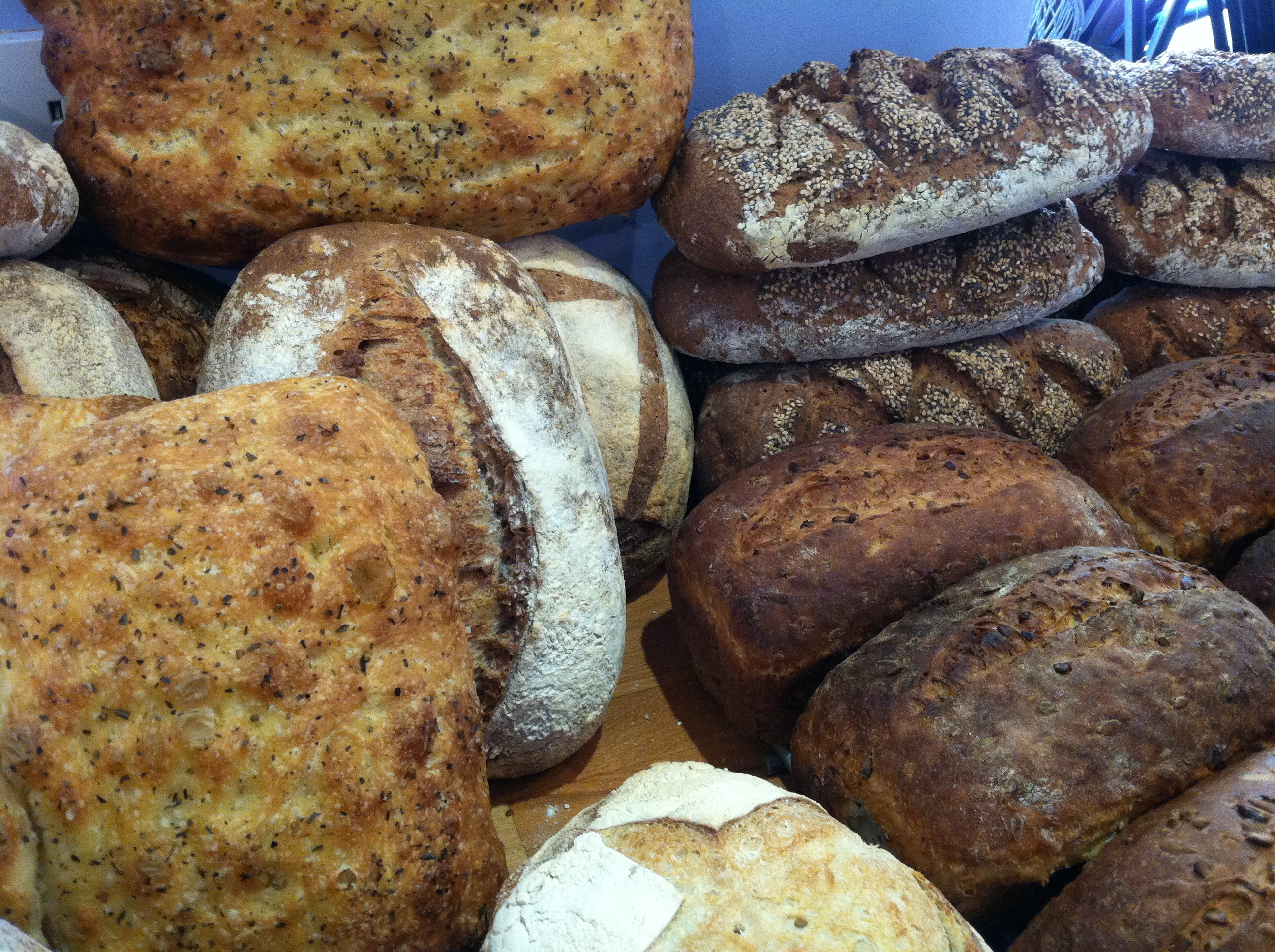 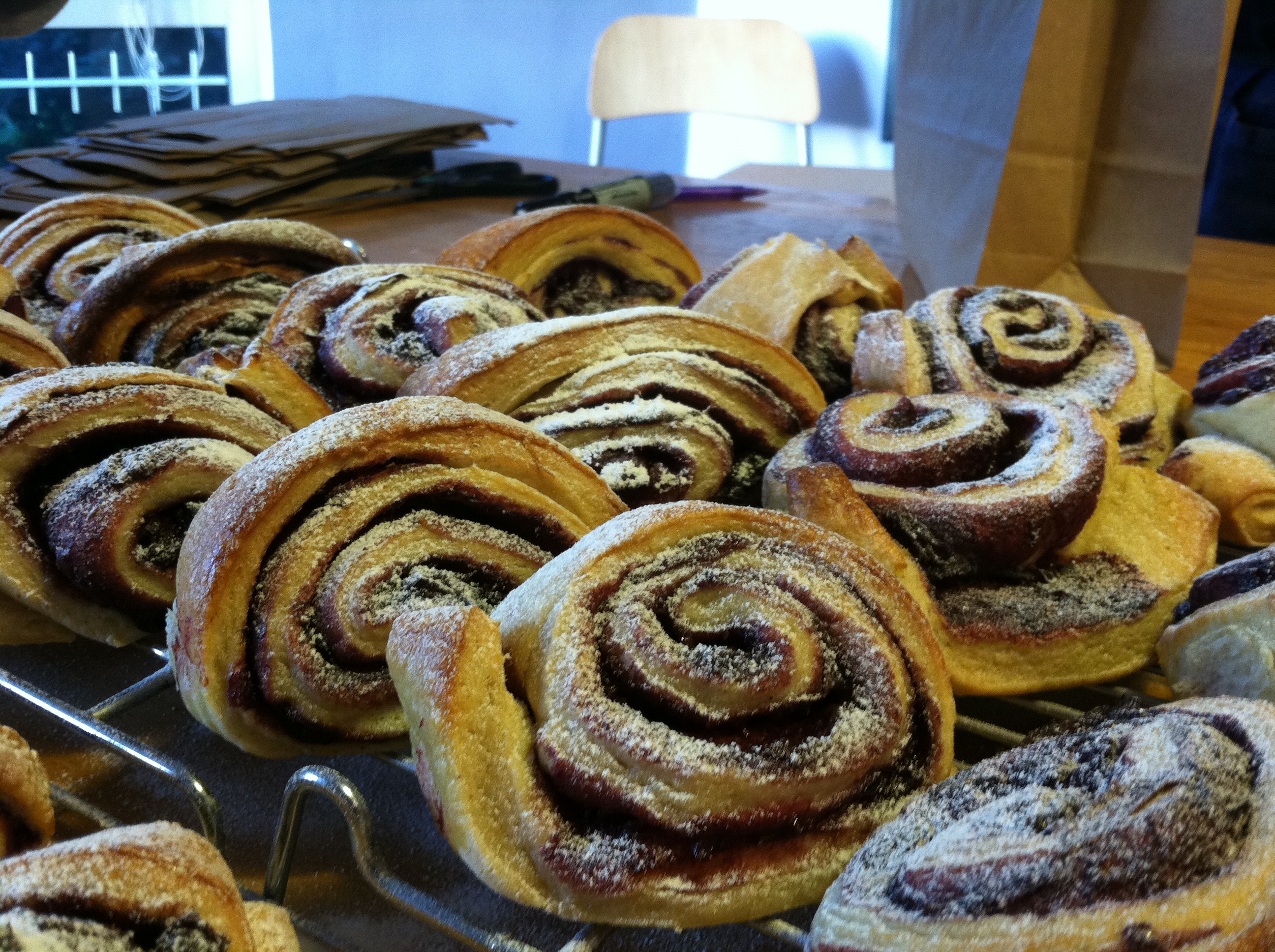 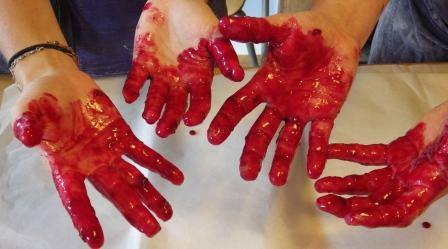 Warning: this is what your hands will look like after pitting the damsons.