It’s All about Spice in Jodhpur

It’s time to make tracks by taking the train from Delhi to Jodhpur. Outside Old Delhi Train station (which has the biggest facade to a train station I have ever seen) is a huge sign which tells you which platform your train will leave from and its expected time of departure. It’s on time; some relief as there have been problems all week due to fog.  Inside we step over several sleeping forms to find our way to the platform. The train arrives and we find our way to our carriage and berths for the night. Fresh bed linen and blankets are ready, the bunks are spacious enough and clean. Holly spots a mouse but it seems friendly. I am in my pyjamas with my bed made up before we even leave the station which we do at only 15 minutes after the scheduled departure time. This journey is going very smoothly and we settle down to eat the samosas we got for the journey from the hotel.

After a pretty good night’s sleep I look out of the window and it’s very foggy. Someone on their phone is saying we’re late but there are no announcemnets at all on the train. I jump out at a station, no idea where as there are no signs, buy some chai, and jump back on none the wiser. We finally get to Jodhpur three hours late, but hey! we’re fairly well rested and the journey was comfortable so we’re pretty relaxed.

Jodhpur station is pretty chaotic, hundreds of tuk-tuk drivers touting for our business; we’ve no idea where we are but pretty soon we’re on our way to the hotel. We’re getting used to the driving now, everyone racing along within millimeters of each other, so many horns beeping at once that no one can possibly know if one of them is supposed to be for their attention; and so many people cutting across each other it looks like an air display where all the pilots from every display team in the world got together for a Christmas party, got hammered and then thought  it would be a wheeze to take their crates up for a spin.

When we arrive at the Devi Bhawan it’s like this little oasis of serenity. Jodhpur is in a desert but here everything is green. Birds are singing in the trees and the only noise intruding from outside is from children playing in the school next door. This is bliss.  They even have a pool. 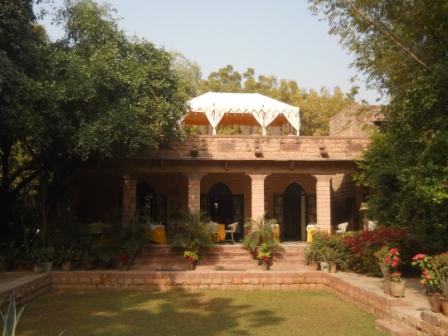 But this is not one of those lounging by the pool sorts of trips and after breakfast we’re in another tuk-tuk heading into town to explore the market and seek out the finest spice traders. The market is mad – noise, people, tuk-tuks, motor bikes, feral dogs, holy cows, traders yelling at us; it’s all here, even an elephant. 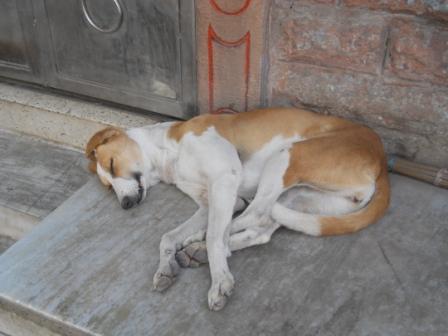 Chilled feral dog amidst the clamour of the market

Initially we get hijacked by Ali who drags us into his spice shop and gives us his sit down, have a cup of chai and let me tell you why my spices are the best in Jodhpur spiel. But it’s interesting and we learn about medicinal properties and how to tell if saffron is fake. 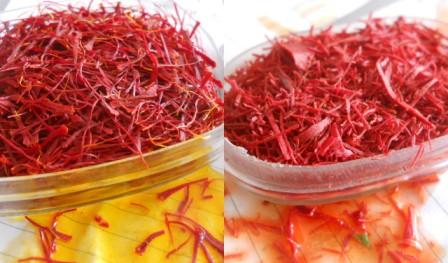 The real deal and some dyed paper

After escaping Ali’s clutches having only bought a bag of tea, we make a beeline for Spice Paradise. This one sounds cheesy but has absolutely rave reviews on trip advisor and does the best cooking classes in Jodhpur.  We meet Anil and Rehka and book a class for tomorrow.

Then we head along the road and find MV Spices.  These are highly recommended by Chris and Doug who came here 9 years ago.  Luckily they are still here (the shop, not Chris and Doug).  There story is great.  Mohanlal Verhomal (MV himself) set up the business blending spices for tourists and increasingly for Indians.  He died at just 48 when his wife and 5 daughters decided they would continue to run the business. This really doesn’t sit well in Rajasthan and they have been opposed by family members, local businessmen and even other women in the community.  However, the business continues to thrive and they now export all over the world.  We meet one of the daughters, Nikki, who runs one of their three shops in Jodphur and also gives lessons in how to cook with spices.  It’s too good to resist and we book for a class tomorrow. 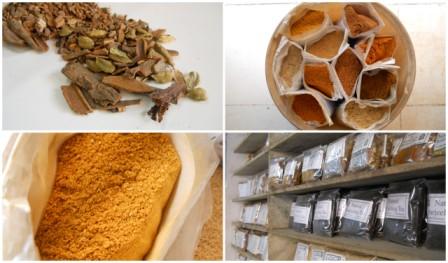 All of this rushing around meant we hardly have time to eat except to pick up a bag of little biscuits.  I don’t even know what their called but they go well with a cup of tea. 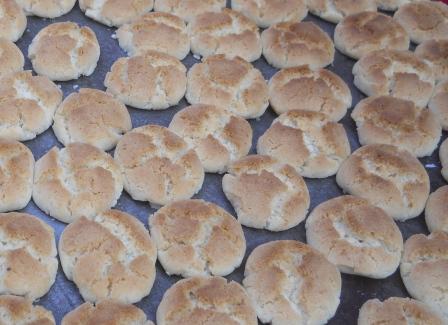 Out on the town for thali this evening and then an early night; we’ve got a lot of cooking to do tomorrow.