Cheeses to use on your Wood Fired Pizzas

We are often asked what’s the best cheese to use on pizzas. Well partly it’s a question of individual taste but we find that a mixture of a soft cheese like mozzarella and a hard cheese (Parmesan, Pecorino or Grana Padano) works best.

Have a look at our YouTube video to see the results of our cheesey research. We know -it’s a tough job but we’ll take one for the team!

There are many different varieties of mozzarella, all of which produce a different result when cooked. They are all fresh (ie non aged) cheeses which means they have a short shelf life :

Both buffalo and cows’ milk mozzarella come packaged in brine which means that they contain a lot of moisture and so have to be drained before use or they will release a lot of liquid during cooking and give you a soggy pizza. We’ve played around with draining times and for best results would suggest that you drain your cheese for at least 6 hours before use (or overnight if possible). Break the cheese apart and put it in a sieve over a bowl or sink to drain off the whey. 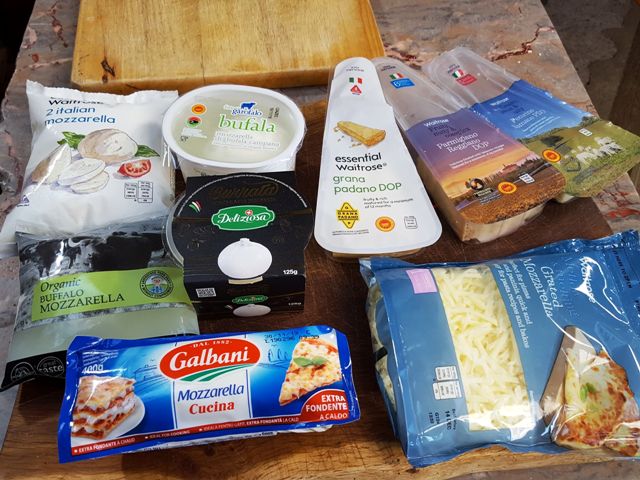 A variety of mozzarellas and hard cheeses for grating

In our trials, buffalo mozzaralla resulted in the wettest pizza but the cheese had a good stretchiness to it. The block cheese was even more stringy and produced much less moisture. The cows’ milk mozzarella was somewhere inbetween. The pre-grated cheese was the least watery but was also the least stretchy. There wasn’t much difference in the browning achieved between the buffalo, cows’ or block cheese whereas the pre-grated variety browned really well. 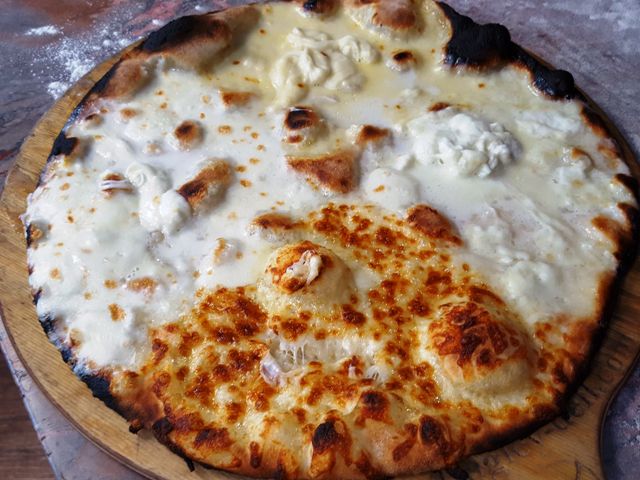 For the best results we also like to grate a hard cheese, such as Parmesan, Pecorino or Grana Padano, on top of the mozzarella before cooking. These are all aged cheeses which have a long shelf life, and add depth of flavour and a nuttiness to the dish. Grano Padano (aged for a minimum of 9 months) and Parmesan (aged for 12 months +) are made from cows’ milk while Pecorino is a sheep’s cheese. Aged for around 5 months this cheese is slightly more acidic and salty than the others and is our particular favourite on pizzas. You can also shave the hard cheese over the pizza after cooking.

Of course you can use other cheeses on your pizza – part of the fun is to play around with different varieties to see how they react to cooking and to find your favourite. Last weekend we used Reblochon (a soft French cheese made from raw cows’ milk) with Mortadella ham – delicious. Blue cheese and pear is another great combination. 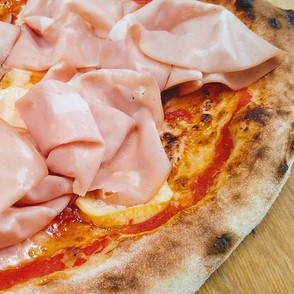 Find out more about pizza making in a Wood Fired Oven on our YouTube Channel here.