Try not to set your wood fired oven on fire…..

We love catching up with former students and hearing what they’re up to. We had mixed feelings though when Sebastian emailed us with his wood fired adventures telling us the surrounding structure of his oven had gone up in smoke the first time he used it. He very kindly agreed to us passing on his experience and, well, with every day being a school day, here’s what he had to say and the lessons learnt – 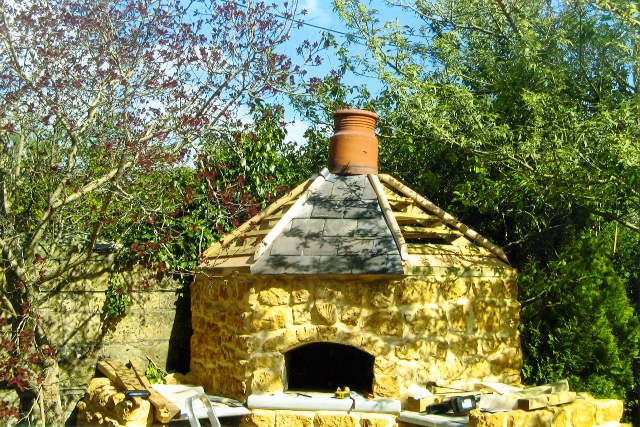 “I’m not sure if you remember me, but I came on a woodfired oven course back in 2017.  I had built an oven in the garden and my daughter had decided to have a pizza party for her 21st so my initiation was going to be cooking pizza for 20 or 25 people.  Nightmare!  Cue Holly & David to the rescue.

Well, the story did not go quite according to plan.  Having got back from you, the party was about 2 weeks away, so I thought I should test the oven and my skills beforehand.  I bought a laser thermometer because I didn’t trust my inexperience to get it right and lit the oven.  Got it up to temperature and cooked some hugely successful pizzas for three of us.  Fantastic!  Had a slurp, as Floyd would say, to celebrate and went to bed.

The following morning, I got up to let the dogs out for a wee and was surprised to be able to smell wood smoke still.  I walked round the corner towards the oven to find that the roof had burnt down!  What I could smell was the remains of the rafters smouldering!

Needless to say, she didn’t have a pizza party!

Anyway, we rebuilt the roof and used the right materials to prevent it burning down a second time, and I’m delighted to say that it has been wonderful ever since, so thank you”.

“What happened was that I bought the oven proper as a kit but I designed the overall construction myself.  As you know, the typical construction of the oven is like a traditional Eskimo’s igloo but there is some variation on the position of the chimney.  In our case it is right at the front of the dome immediately above the ‘entrance’. 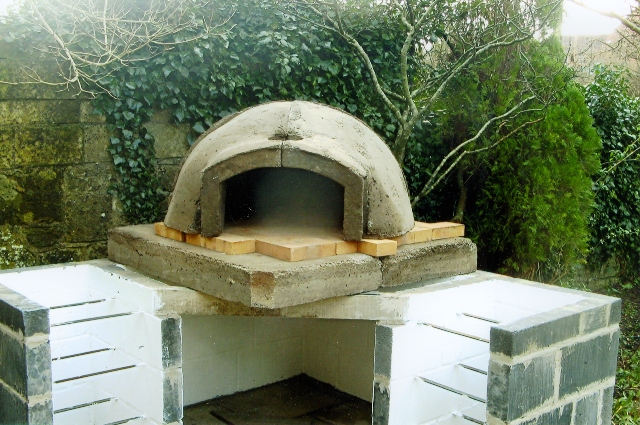 The oven in kit form

I had a builder friend of mine doing most of the work for me and we debated how to route the flexible, concertina-type flue.  We got the oven built and the walls round it built and we filled the ‘gap’ with vermiculite chippings that are used for roof insulation, so the whole thing was complete up to the top level of the stone that you see in the pictures.  I think ovens with the chimney at the front look ugly unless you build them into a largish façade and that would have been claustrophobic in the space that we have, so I wanted to route it further back.  In this case, as you can see from the pictures, immediately above the top of the dome.  The problem also was that I didn’t want the whole structure to get too high, so, to keep it as low as possible, we bent the flue over as tightly as possible at the bottom and then put the roof as close to it as possible (to keep the overall height as low as possible) thinking that the burnt gases would be cool enough by the time that they got there not to be a problem. 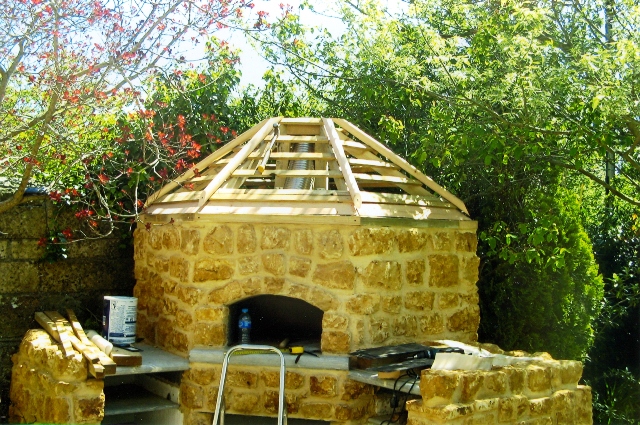 The flue bending up through the roof

Then I came on the course and found how hot the oven has to be!  That rang alarm bells, but by that stage the whole thing was finished and things could only go one of two ways.  I didn’t really have a choice but to try it, but the whole virgin experience of the cooking and eating was so good and I was so mellow at the end of the meal that I completely forgot about the flue and fire hazard otherwise I might have squirted a hose up under the slates and not have had to do the complete rebuild!  I did see tiny wisps of smoke coming through the slates, but it was so small that I put it down to leakage where the flue went into the oven.  In retrospect it was the not seepage causing the problem, but the flue touching the laths that the slates are hung on getting so damn hot. See – I did listen about the temperature David!

So, we rebuilt the roof and this time put asbestolux sheeting between the flue and the laths.  All, I’m happy to say, is now well and it has been a delight ever since.”

So do mind where your flue is going and what it’s in contact with – or maybe, like Sebastian, you may come back after a successful night of pizzas to a pile of embers…. 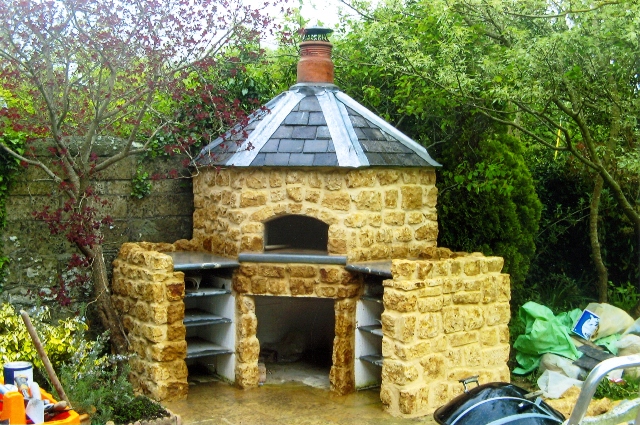 This time with added insulation….