Cooking a Pizza on the Morso Forno

Cooking a Pizza on the Morso Forno can be a bit frustrating. We’ve found, like many of you from what you tell us, after cooking a couple of pizzas on the base of the floor, the floor loses heat and then you have to reheat it. Not a slick operation and one that makes your guests wait for that next bite. Thinking outside the box a bit, or outside the forno, we’ve come up with a new way of cooking pizzas. It’s efficient, continuous and most importantly makes great pizzas.

Cooking a Pizza on the Morso Forno – what you’ll need

We cut a teflon sheet to fit on the top of the roof and hold it in place with a couple of magnets.

A door for your Morso forno if you haven’t got one already. We don’t use a door for our refractory ovens when we are making pizzas but with the forno, you want to keep the heat inside and concentrate it. The door really helps with this.

A heat deflector to keep your fire and embers to one side and to raise the fire over the top of the forno. Keep an opening to the embers by having the deflector at a bit of an angle at the door end of the forno so oxygen can keep getting to the fire and maintain a good blaze.

Make your dough and let it relax as normal. 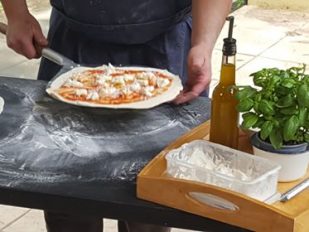 Shape and top your pizza as normal

Put your teflon sheet on top of the oven and hold it in place with magnets.

Make sure you have a good fire burning in the forno. Push it to one side with the heat deflector to keep the embers and fire in place and also to raise the flames up into the top of the oven. This will heat the oven ceiling really well and grill the cheese on the pizzas when they end up in the oven.

Check the temperature on top of the forno – you want around 250C so that’s lower than the 350C that you want in a refractory oven. 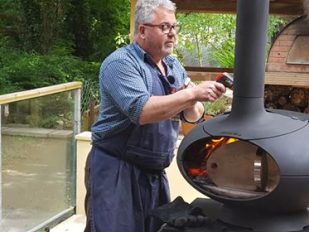 Have plenty of small sticks of wood to feed the fire and keep it blazing.

Put the door on the oven slightly ajar so lots of oxygen gets to the fire and so the heat is kept inside the oven. Keep a small angle at the end of the heat deflector for the same reason. 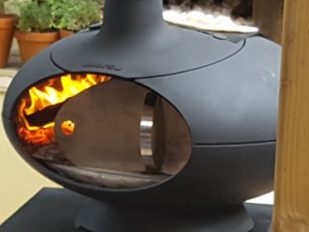 Cooking a Pizza on the Morso Forno – making your pizzas

Shape and top your pizza as normal. Slide it on to the top of the forno with one of your peels. 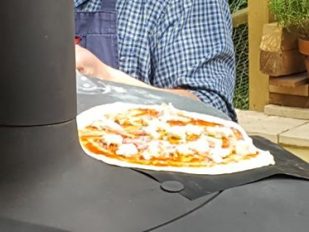 Let the dough base set and start – it will start to steam and bubble.

Shape and top your second pizza.

Take the first pizza off the top of the forno and put it into the oven to grill the top and the cheese.

Slide the second pizza on to the top of the forno and let that start cooking.

Take the first pizza out of the forno. 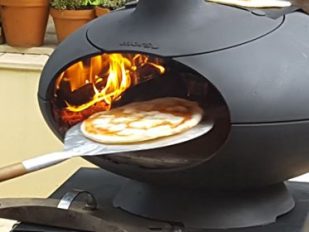 Use the inside of the forno to finish off the pizza

Take the second pizza off the top of the forno and put it inside the oven.

Keep repeating this process, feeding the fire with small bits of wood so the flames are kept high and temperatures up. 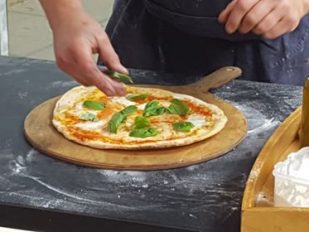 Perfect pizza time after time from the Morso Forno

Cooking a Pizza on the Morso Forno – alternatives

As well as cooking our pizzas on top of the forno, we have also successfully cooked  – 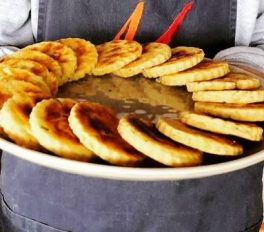 Once you get the knack, it’s pretty straightforward and increases your cooking capabilities with the lovely Morso Forno. If you are putting a pan on the roof, make sure it is a weighty one that won’t move – cast iron is fine. As ever when working with the forno, be careful as it gets hot as you know, and you don’t want to knock anything that’s on the top of the oven off it.

Happy cooking – back next week with more #woodfiredweekly but if you’d like to learn more about cooking with your Morso forno, do join us on one of our courses.